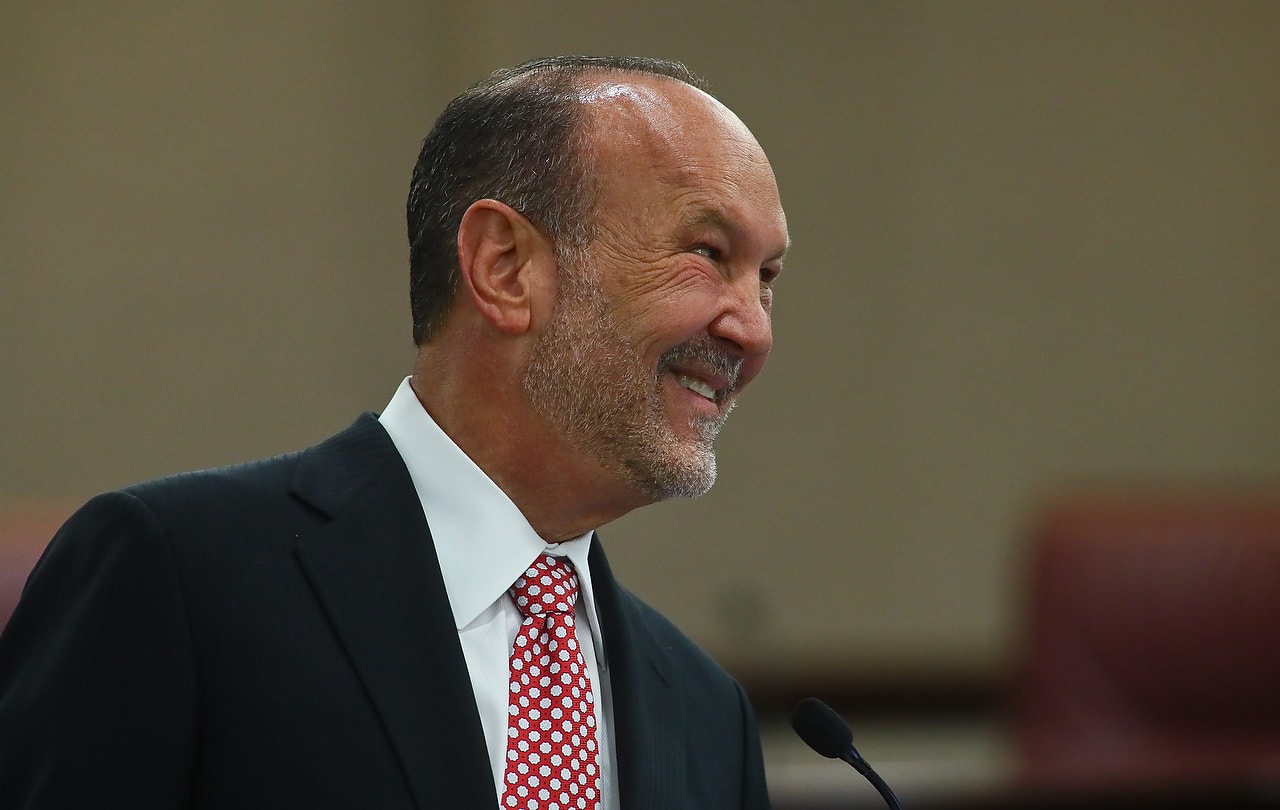 State and local leaders gathered Friday at a naming ceremony outside Hard Rock Stadium. The tunnel, which helps lead fans up to the stadium in Miami Gardens, now features a sign dedicating the stretch to Book.

Book lobbied the state for millions in funding for pedestrian safety projects at Hard Rock Stadium. That work led Miami Gardens officials to honor Book with the tunnel designation.

“I am proud to be able to ensure pedestrian safety at such a special place in our community and truly humbled to receive this honor from my hometown City Council,” Book said, thanking officials for the dedication.

“I grew up in North Dade County, doing my local paper route and reading front page news about the Miami Dolphins at a time when my family couldn’t afford tickets — now, I’m lucky enough to be a part of the ‘Fins family and take my kids and grandkids to games. I can’t wait to walk under the tunnel with my family, knowing we’ll all be able to cross safely and cheer our team to victory.”

“I believe this tunnel has saved lives that we’ll never know about,” Garfinkle said. “Thank you, Ron, for your work to make this public-private partnership possible.”

Book runs a law firm and is a routine presence in Tallahassee, advocating on behalf of clients during the Legislative Session. His daughter, Lauren Book, holds the Senate Democratic Leader role.

Sen. Lauren Book was on hand at Friday’s dedication ceremony, as were a litany of other elected leaders.

nextTurning outrage into power: How far right is changing GOP