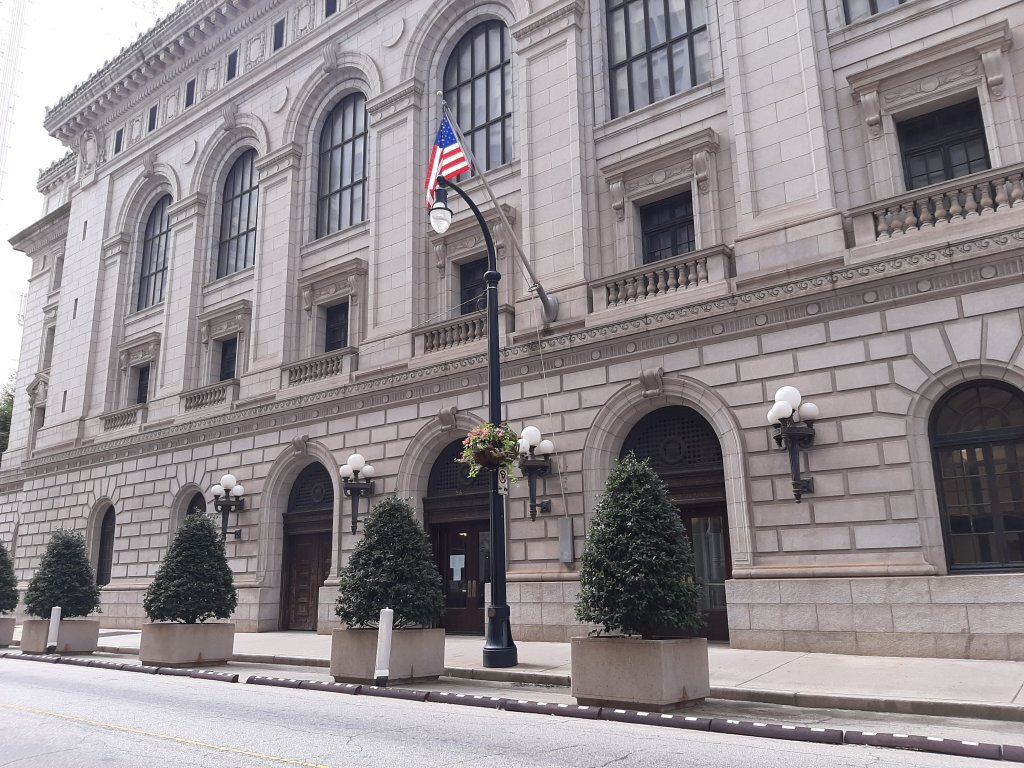 'There is no dispute that there is no specific congressional authorization for the mandate.'

A federal appeal court in Atlanta that rejected the state of Florida’s arguments against the Joe Biden administration’s COVID-19 vaccine mandate for health care workers over the weekend has now issued its written explanation for doing so.

A three-judge panel of the U.S. Court of Appeal for the 11th Circuit ruled, 2-1, that the mandate is fully within the authority of the U.S. Department of Health and Human Services and is justified to protect vulnerable hospital patients and nursing home residents from illness and death.

“Indeed, the last thing patients seeking medical help (and their families and friends who love them) should have to endure is the infliction of a potentially deadly virus on them by those who are supposed to be taking care of them, when it could have been prevented by their caretakers’ obtaining of an FDA-approved vaccination,” judges Robin Rosenbaum and Jill Pryor wrote in a joint opinion handed down Monday.

Judge Barbara Lagoa (whom Gov. Ron DeSantis placed on the Florida Supreme Court before her elevation by former President Donald Trump to the 11th Circuit) dissented, arguing the agency and its Centers for Medicare and Medicaid Services lacked specific statutory authority.

“While Congress has authorized the secretary of Health and Human Services general authority to issue regulations for the administration of Medicare and Medicaid and the health and safety of recipients, there is no dispute that there is no specific congressional authorization for the mandate,” Lagoa wrote.

“Contrary to the district court’s assertion, a federal agency cannot bring about an enormous and transformative expansion in … regulatory authority without clear congressional authorization.”

Lagoa referred to U.S. District Judge Casey Rogers in Pensacola, who on Nov. 20 rejected arguments by Florida Attorney General Ashley Moody for an injunction against the Biden mandate for health care workers.

What the ruling means in practice is unclear. It flies in the face of a national injunction against enforcing the vaccine mandate for health care workers issued last Tuesday by U.S. District Judge Terry Doughty in Louisiana in a legal challenge filed by that state and Alabama, Arizona, Georgia, Idaho, Indiana, Mississippi, Ohio, Oklahoma, Montana, South Carolina, Utah, and West Virginia.

A different federal judge in Missouri has issued a similar injunction but only within that state and others that joined in a complaint against the mandate: Alaska, Arkansas, Iowa, Kansas, Nebraska, New Hampshire, North Dakota, South Dakota, and Wyoming.

Meanwhile, the 5th Circuit has blocked a related Biden vaccine mandate for businesses with more than 100 employees, and a separate mandate for federal contractors also is on hold. The notoriously conservative 5th Circuit hasn’t reviewed the Louisiana judge’s injunction on the health care mandate.

So, here’s the situation: A trial judge in Monroe, Louisiana, has claimed authority to block the mandate nationally while a higher court with jurisdiction over Alabama, Florida, and Georgia has ruled the mandate is within the Biden administration’s authority. It’ll take a while for the federal courts to sort this out but, for now, the administration won’t attempt to enforce the mandate.

The Florida Legislature met in Special Session last month and gave DeSantis legislation purporting to interpose a state bar on vaccine mandates in the way of the federal orders. Both the state and federal governments would allow opt-outs under certain circumstances, although not for health care workers under federal rule.

The first issue confronting Rosenbaum and Pryor was the Louisiana injunction. In their view, Judge Doughty was way out of line.

“Of course, we do not purport to review the propriety of the nationwide aspect of the Louisiana injunction; that’s the 5th Circuit’s job,” they wrote.

Still, Doughty blocked the mandate even for states that hadn’t challenged it, or those that challenged it in alternative jurisdictions, like Missouri and Florida did, they wrote.

Here’s another thing: The federal court system encourages different jurisdictions to weigh in separately on legal questions, so that judges in different parts of the country can contribute to the development of the legal theories at hand.

“The hasty imposition of a nationwide injunction undermines the judicial system’s goals of allowing the airing of competing views and permitting multiple judges and circuits to weigh in on significant issues,” the two judges wrote.

Nor is this a situation like immigration law, where enforcement of policy should be uniform across the country.

“Quite simply, this does not appear to be one of those rare situations where a nationwide injunction is warranted or even justifiable. For those reasons, it seemed to us an eminently reasonable expectation that, at the very least, the nationwide aspect of the Louisiana injunction would be eliminated, and Florida would be subject to the interim rule when upon its taking effect on Dec. 6,” Rosenbaum and Pryor wrote.

“Because the interim rule requires immediate vaccination for covered employees for whom a valid exception does not apply, if we did not decide the case yesterday, the case would have again become moot — but this time because the subject employees will have been vaccinated.”

Rosenbaum and Pryor accused the Louisiana court of violating the spirit of “comity” between the country’s judicial districts — meaning avoiding rulings “which may trench upon the authority of sister courts.” In this case, Doughty never acknowledged that Judge Rodgers in Florida had already denied the very injunction he purported to issue on a national scale.

As for the merits of the state’s claim, the court noted that HHS holds broad authority to issue regulations it deems necessary to protect “the health and safety of individuals who are furnished services in the [health care] institutions.”

It rejected Florida’s argument that the agency was interfering in the practice of medicine. “The interim rule is akin to long-standing, unchallenged regulations that require facilities to prevent the spread of infection,” the court said.

“[I]t is the very opposite of efficient and effective administration for a facility that is supposed to make people well to make them sick with COVID-19. If that happens, more patients will have to be treated by Medicare and Medicaid. It is also highly inefficient for facility employees to be out sick with COVID-19,” the court said.

“As to health and safety, COVID-19 is a deadly disease that has killed more than three quarters of a million Americans in less than two years. It is also highly transmissible. The regulation reasonably, perhaps necessarily, covers all employees who work at these facilities as a health and safety measure because if any one of them has COVID-19 and is present at the facility, she can spread it to the patients, whether directly or indirectly through other employees.”

Additionally, the nature of the delta variant emergency justified waiving the usual requirements for public comment before any federal regulation takes effect, Rosenbaum and Pryor wrote. Similarly, it was reasonable for HHS to wait until the vaccines won final approval from public health authorities to mandate their administration under these circumstances.

The opinion rejects Florida’s arguments that the mandate was arbitrary and capricious, concluding that the agency fully consider its implications, including that the mandate would encourage all but a tiny fraction of health care workers to take the shots. It agreed with the trial court that Florida’s arguments to the contrary were based only on speculation.

“[W]e agree with the district court that Florida does not face an irreparable injury if employees who choose to work in a federally funded health care facility are forced to abide by the rules that govern the administration of that federal program,” they wrote.

To Lagoa’s protest in her dissent that the mandate is unprecedented, Rosenbaum and Pryor noted that COVID-19 also is unprecedented. Furthermore, the order is fully in line with existing requirements that health workers be vaccinated against infectious diseases including rubella, measles, and mumps.

“So, when it comes to vaccination mandates, there was no reason for Congress to be more specific than authorizing the secretary to make regulations for the health and safety of Medicare and Medicaid recipients. To suggest otherwise would mean that Congress had to have anticipated both the unprecedented COVID-19 pandemic and the unprecedented politicization of the disease to regulate vaccination against it.”