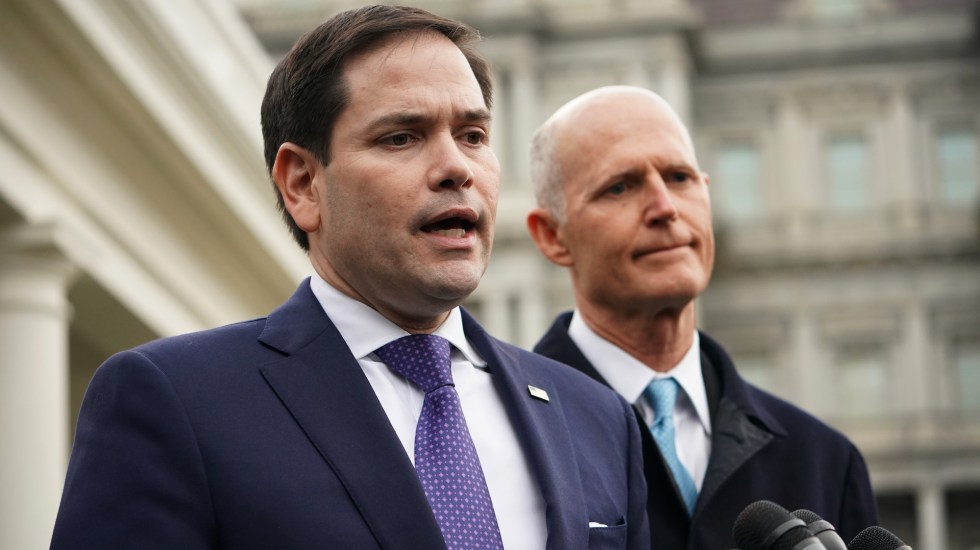 'This level of funding is critical for efforts to advance the expeditious completion of Everglades restoration.'

The Corps is finalizing its plan to spend its share of cash allocated to the organization under the Infrastructure Investment and Jobs Act. That includes $11.6 billion for additional Corps construction projects and another $1.9 billion for aquatic ecosystem restoration projects. Both Rubio and Scott voted against the bill, joining the vast majority of the Republican delegation in Congress.

The Corps faces a Jan. 14 deadline to produce a work plan dividing up that cash, which can be used on projects across the United States. Rubio and Scott want at least $1.5 billion to head to Florida to fund ongoing construction to improve and maintain water quality in the Everglades.

“As you finalize the planning and selection process for efforts that will receive supplemental funding in the fiscal years 2022 through 2024, we request that all proposed and ongoing projects in Florida receive full and fair consideration of their value to local communities, our state, and our nation,” the senators wrote in a letter to Michael Connor, the Assistant Secretary of the Army for Civil Works.

“To maintain the historic progress that has been made in recent years towards fully restoring America’s Everglades, we strongly urge you to allocate no less than $1.5 billion in supplemental construction funding for South Florida Ecosystem Restoration (SFER). This level of funding is critical for efforts to advance the expeditious completion of Everglades restoration.”

The senators’ call follows a request from Democratic U.S. Rep. Debbie Wasserman Schultz, who urged the Corps to allocate up to $5 billion in funding for Everglades restoration. Wasserman Schultz made that request in early November at a Florida delegation meeting in Washington, where lawmakers questioned Col. James Booth, commander of the Corps Jacksonville District

The Jacksonville district oversees construction projects in Florida. At that same hearing, Booth promised to push Corps leadership for significant funding for Florida from the infrastructure money pot.

“You can always count on Jacksonville District to communicate the importance of Everglades restoration and continue to get these projects into the ground,” he said.

“Continuing contract clause authority for CEPP and the EAA Reservoir should be approved in addition to major investment through the supplemental work plan to expedite reservoir construction and reduce the long-term cost of the project,” the letter reads. “We look forward to working with your office, as well as U.S. Army Corps of Engineers (USACE) Headquarters, South Atlantic Division, and Jacksonville and Mobile District offices, to ensure sufficient resources to fund feasibility studies, preconstruction engineering and design (PED) work, and construction, as warranted throughout Florida.”

As Rubio and Scott push to influence the Corps’ funding choices, Rep. Val Demings is calling out Rubio’s decision to join Scott in voting against the infrastructure bill. Demings is running for the Democratic nomination in next year’s Senate race, meaning she could take on Rubio in the General Election.

Demings also joined in on a separate letter Tuesday, making a similar funding request to President Joe Biden. That letter, led by Reps. Debbie Wasserman Schultz and Mario Díaz-Balart, featured a bipartisan collection of 18 members of the Florida House delegation.

The Corps’ work has been in the headlines recently as leaders work to finalize the new Lake Okeechobee System Operating Manual, which will regulate lake levels and water flow from Lake Okeechobee.

Ongoing construction can also help hold and clean that water, making it an important piece in keeping the state’s water supply healthy.

“Floridians depend on the expertise and diligence of the USACE — often in partnership with non-federal interests — to study, design, construct, maintain, and operate important water resources infrastructure across the Sunshine State,” the senators’ letter closes. “Thank you for your continued efforts in support of these essential projects and ongoing improvements in coordination at all levels of the USACE with non-federal interests in Florida.”

nextSunburn — The morning read of what’s hot in Florida politics — 12.8.21