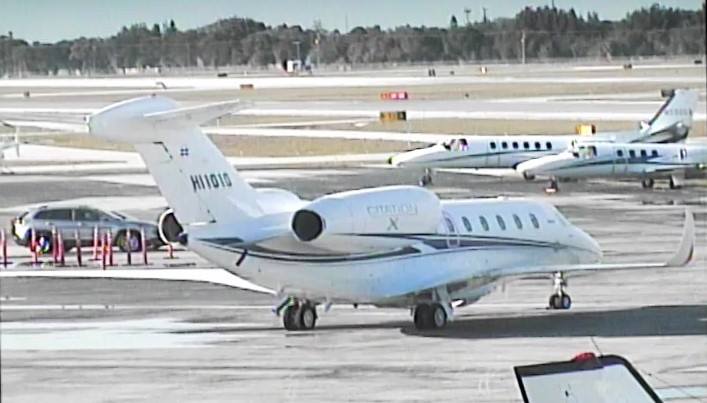 New York and Delaware are among the more recent states to repeal it.

State lawmakers are hoping to rejuvenate Florida’s aviation industry by axing a tax on the sale of airplanes, a move some economists warn may strike the coffers of state and local governments.

Under a Republican-sponsored bill (SB 786 & HB 6051), Florida would lift its 6% levy on aircraft purchases to make the state more appealing to aviators. The tax, which does not apply to airlines, is levied at the time of sale.

But while the measure may indeed lure aviators to Florida, state economists warn the bill will negatively impact state and local coffers.

The Revenue Estimating Conference — a panel of state economists — estimates Florida will lose upward of $25.4 million a year while local governments absorb a hit of $7.5 million.

Still, proponents of the bill argue Florida needs to shed the tax to stay competitive with states that boast lower or no airplane sales tax. New York and Delaware are among the more recent states to repeal it. Most Southeast states, meanwhile, boast a lower rate.

“What we’re trying to do is be on the same playing field as some of the other states in terms of recruiting these manufacturers here so that they can make these sales,” said Sen. Travis Hutson, the Senate bill sponsor.

In the grand scheme, proponents says the loss of business outweighs the impact to government revenue. Rep. Toby Overdorf, the House bill sponsor, noted many aviators are not only flying to other states to purchase aircraft, but they’re also customizing them while away.

The private sector — such as manufactures and airplane mechanics — in Florida are too losing money as aviators flock elsewhere, he contends.

“The amount of jobs that we would be getting from it, the amount of crew members and housing and the trickle down effect… in my opinion would far outweigh any general revenue that may be lost by the sales of these aircraft,” Overdorf said.

According to a 2015 study by the Florida Aviation Business Association, economist believe Florida would sell roughly 354 more aircraft a year without the tax and generate an additional $246.7 million.

What’s more, economists think the change would also create 294 more permanent jobs that would add an estimated $38 million in economic activity.Florida is home to more than 200 aviation manufacturing companies.

Beyond the fiscal impacts, the bill sponsors are navigating an additional challenge. At the conference, economists warned the bill’s “aircraft” exemption may also include drones and model planes.

Overdorf plans to modify the bill to exclude planes without passengers as the bill moves further. While this isn’t the first-time lawmakers have proposed the measure, Overdorf is optimistic of his odds this time around.

The state’s coffers, he notes, are flush with cash after surviving the initial stages of the COVID-19 pandemic.

“I think that the time couldn’t be any better at this point for a bill such as this,” Overdorf said.