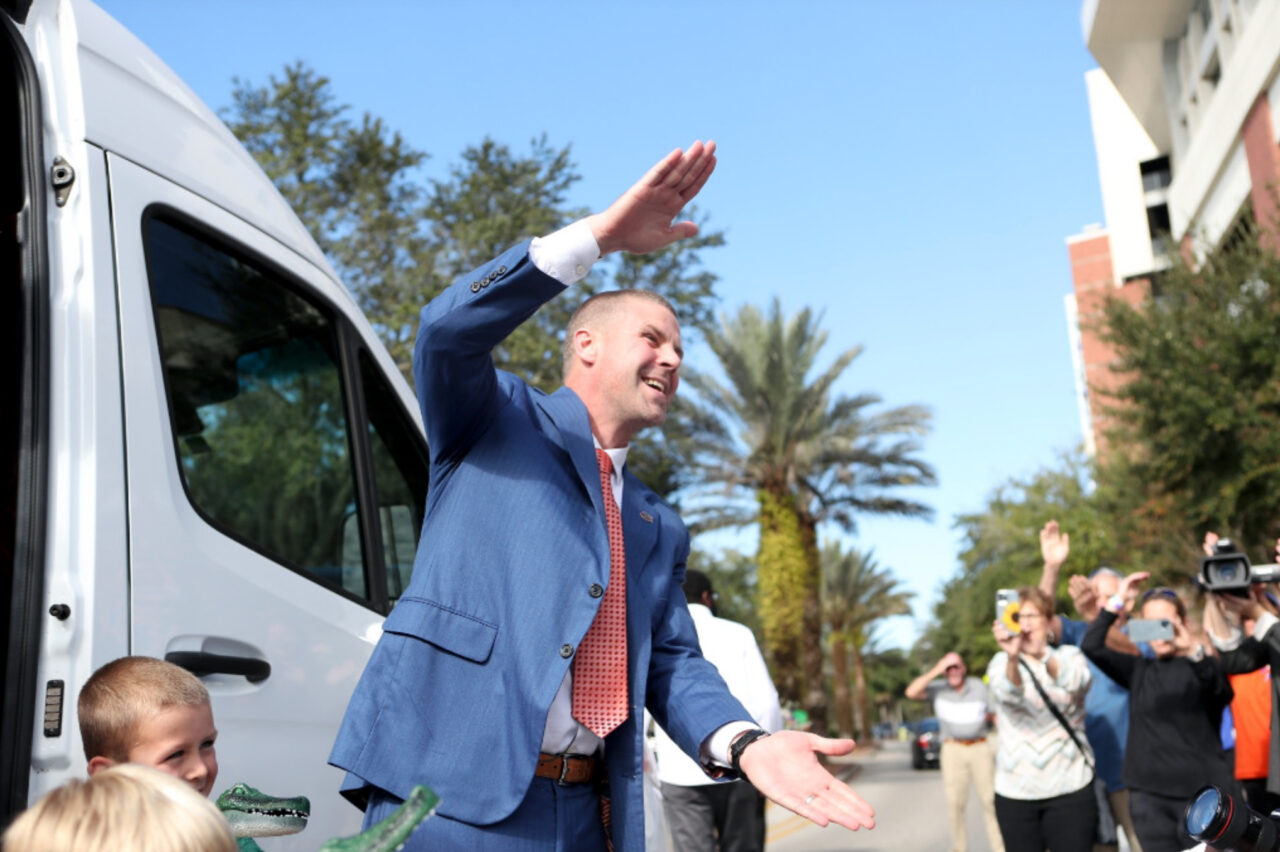 University of Florida’s new football coach, Billy Napier, will be eligible for bigger bonuses than his predecessor — up to $1.5 million — and receive two luxury cars, a stadium suite and personal use of the university’s planes under his nearly $52 million salary, seven-year contract.

The contract also requires Florida to pay $3 million separately as a buyout to Napier’s former employer, the University of Louisiana at Lafayette. The amount will be treated as a reimbursable employee business expense, not as an additional salary for Napier, which would help limit his tax liability. Napier’s UF contract nearly triples his salary.

Florida on Wednesday provided a copy of Napier’s term sheet in response to a request under Florida’s public records law. Napier, who arrived on Florida’s campus Sunday after a flight with his family on one of the school’s private planes, praised the “passion and enthusiasm” Florida showed him.

“I’m so appreciative. I can’t tell you how humbled I am,” Napier said Sunday.

Napier’s top-line, starting salary of $7.1 million — increasing by $100,000 each year — was previously reported last week by The Associated Press.

The salary amounted to $51.8 million, excluding bonuses and other compensation. The larger bonuses were intended to provide Napier — whose former team won the Sun Belt Conference title last week — with better incentives for Florida to win games, bowls and championships. Napier also was named Sun Belt coach of the year.

The contract gave Napier $100,000 in moving expenses and said Florida will pay his living expenses for at least 60 days until he finds a new home.

It gave the new coach use of Florida’s private aircraft for recruiting trips and other official business — plus up to $70,000 worth of flights on those planes for his personal use. That is about seven round-trip flights annually, depending on destination.

Florida’s former head coach, Dan Mullen, who was fired earlier this season after an overtime loss to Missouri, was eligible for up to $925,000 in annual bonuses. Mullen received the same terms as Napier for business and personal use of the university’s planes.

Mullen had received a three-year contract extension through the 2026 season in June that raised his annual salary to $7.6 million a year. He had previously been paid about $6 million each year. Florida agreed to pay him a $12 million buyout when it fired him.

The possible $1.5 million bonuses for Napier — which were more lucrative than those offered to Mullen — were structured this way, and specified that for the league championship and postseason bowl categories, the coach could receive only the highest amount depending on how far the team advanced:

Napier’s term sheet indicated it was providing the new coach with two luxury cars and paying all costs for insurance. Mullen’s contract also assigned him two luxury cars; he drove a Mercedes.

For hiring assistants and others, the contract provided Napier with $7.5 million to hire 10 full-time assistant coaches plus $5 million to hire an unspecified number of support staff members. Earlier this week, Napier hired two former Louisiana-Lafayette assistants — Patrick Toney and Jabbar Juluke — to join him in Florida.

The contract did not specify win-loss targets for Napier to be considered successful. It said it will evaluate his performance against the “highest standards of performance, ethics and compliance applicable at the University of Florida, in the NCAA, SEC and/or commensurate with other institutions of higher education with premier athletic programs.”

Under the new contract, any employment outside the University of Florida for Napier must be approved by the athletic director in advance, but the contract said such approval was “not to be unreasonably withheld or conditioned.”

It said, for example, Napier will be allowed to engage in marketing, endorsements, paid appearances or speeches as long as those activities do not conflict with Florida’s existing marketing or endorsement agreements with other companies.

The term sheet suggested Napier’s outside employment would not be subject to the same process of scrutiny as faculty and staff at the university, who must submit requests under a separate process to determine whether such activities might pose a conflict of interest or conflict of commitment. The university generated national controversy recently when it denied professors’ requests to testify as paid expert witnesses in a voting-rights lawsuit against DeSantis. The school subsequently reversed itself under pressure.

Maybel Cerrato reporting; produced by Fresh Take Florida, a news service of the University of Florida College of Journalism and Communications. The reporter can be reached at [email protected].