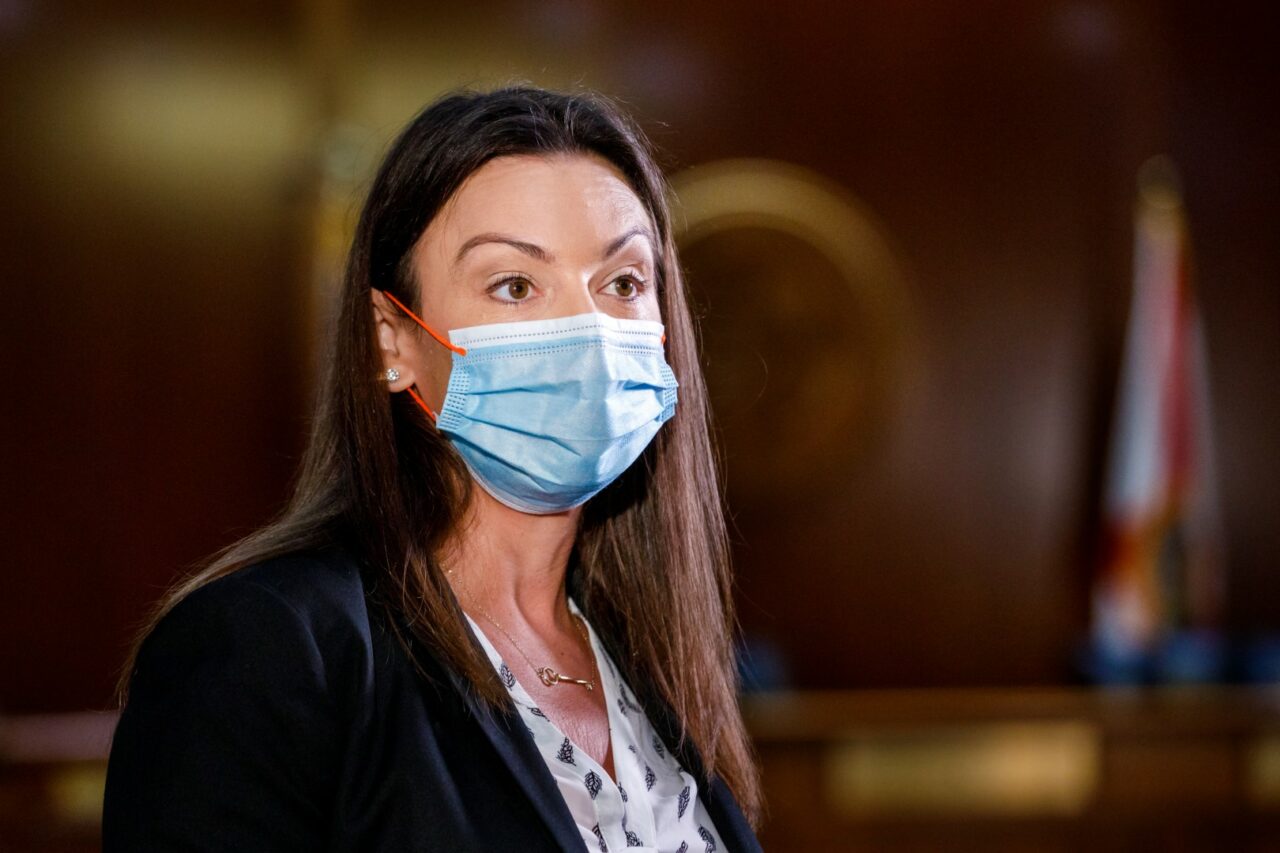 Rules would require food stores and gas stations to phase out foam packaging by 2030.

Agriculture Commissioner Nikki Fried signed off on her proposed new rules for elimination of polystyrene packaging in stores and businesses her department regulates and is sending those rules to the Legislature, seeking ratification.

Fried announced Friday morning in Palm Beach County that she signed off on the rules to eliminate polystyrene packaging on Thursday, after several months of public hearings and rule-making by her department.

Other Florida businesses, including most restaurants, are not regulated by her department and would not be subject to the rules.

She called on Gov. Ron DeSantis to help her promote the rules, though she couldn’t quite make such a request without backhanded criticism of the Governor, who she is hoping to take on in the 2022 election.

“I was pleased to see Gov. DeSantis this week talking about how to make our state more resilient in the face of climate change, even if he won’t call it that,” Fried said at a news conference at the Jupiter Lighthouse. “Maybe with his new-found interest in sustainability, he will help my department … get this passed, and I welcome his partnership.”

Polystyrene — the foam plastic that includes material commonly known by the brand name Styrofoam — has been at the forefront of environmental and public health concerns for decades, as it is not biodegradable and is made up of chemicals that are poisonous to humans and to animals.

Fried’s plan is to promote Florida-based production of alternative packaging made from hemp, sugar cane fiber, or other plant-based materials that can be harvested and processed into packaging in Florida. She said the state’s new hemp program — which she championed — already has added 10,000 jobs and she predicted a bio-packaging revolution could quadruple that number.

Fried said alternatives already exist and in some cases the cost difference between bio packaging and polystyrene packaging is as little as one cent per cup.

Whether the business community is comfortable with the plan, and whether the Republican-led Legislature is willing to support a marquee proposal from the state’s highest profile and most critical Democratic office holder, remains to be seen.

“The only argument that we have heard is obviously the cost, and making sure there is enough supply. That’s why we’re having this conversation now. That’s why year one is getting that information from the actual companies, and then we can start phasing it out,” she said. “That gives another year for these types of products and types of companies and the entrepreneurial spirit which is alive and well here in the state of Florida, to come here and get ready for that.”

previousSunburn — The morning read of what’s hot in Florida politics — 12.10.21