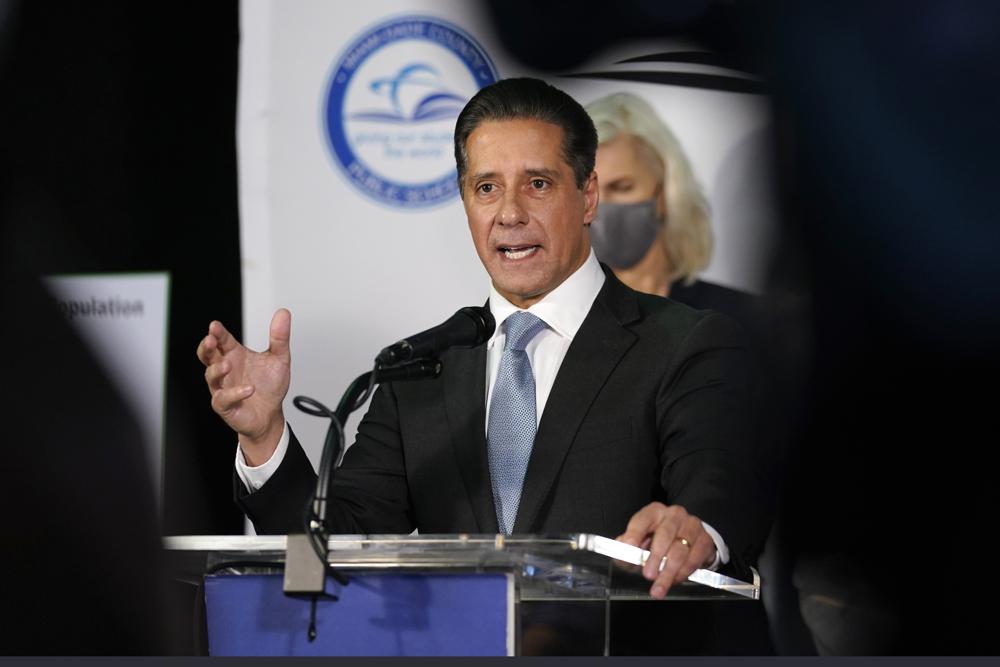 Alberto Carvalho has led the South Florida school district since 2008.

The board announced the appointment of Alberto Carvalho after a unanimous vote Thursday, as Carvalho held a live news conference in Florida, describing his career path as a story “that could only be told in America.”

An admired and experienced educator, Carvalho, 57, is credited with improving graduation rates and academic performance at Miami-Dade, the country’s fourth-largest K-12 public school district, during a long, stable tenure that started in 2008. Like many students in Los Angeles and Miami-Dade, both large, urban districts, Carvalho grew up in poverty. He came to the United States as an undocumented immigrant, he said. He moved first to New York City and then to Miami.

“I am the poor kid from Portugal whose first job in this country was as a dishwasher, second job was as a day laborer,” Carvalho said. On his way to Thursday’s news conference, Carvalho said he drove through a Miami neighborhood where he had been homeless 30 years ago.

“My world changed when I became a teacher,” Carvalho said. “I still feel this journey is a fairytale.”

Carvalho attended Broward Community College and graduated in 1990 from Barry University, a small Catholic school near Miami, with a biology degree. He became a high school science and math teacher before quickly moving up the administrative ranks, becoming a principal before moving to the district office where he was the district’s spokesman and an assistant superintendent before becoming superintendent.

His 2008 hiring in Miami revealed that Carvalho had been exchanging explicit emails with a former Miami Herald reporter. He denied an affair, but conceded that the exchanges were inappropriate.

He earned numerous accolades during his tenure, including being named Superintendent of the Year in 2014 by the national superintendents association. In 2018, New York Mayor Bill de Blasio named him as education chancellor of the nation’s largest school district, but Carvalho backed out of the deal the next day. He said Thursday that New York’s lure was that it was where he arrived in the United States, but it became apparent quickly that it did not have all the elements necessary for him to succeed. He did not elaborate.

Carvalho said Thursday he is proud of his time in Miami. He said when he took over as superintendent, the graduation rate was 58% and dozens of schools received D and F grades from the state. Nine inner-city schools were threatened by the state with closure. The district says its current graduation rate is 93% and has no D or F schools.

“Alberto Carvalho brings the deep experience we need as an educator and leader of a large urban district to manage L.A. Unified’s ongoing response to and recovery from the COVID-19 pandemic,” Board President Kelly Gonez said in a statement. “As the longtime Miami-Dade Superintendent, he established a clear record of positive student outcomes and has relentlessly worked towards greater equity for historically underserved communities. I know he will continue that focus in Los Angeles, and he is ready for the challenges and opportunities ahead of us.”

The school board said it had unanimously voted to select Carvalho as the next superintendent but still needed to finalize his contract, which would be voted on Dec. 14.

In Los Angeles, Carvalho succeeds Austin Beutner, who stepped down as superintendent in June at the end of his three-year contract, after steering the school system through the early stages of the pandemic and a full year of distance learning, while all schools were closed to in-person classes.

Since Beutner’s departure the district has been managed by Interim Superintendent Megan Reilly.

Carvalho arrives in Los Angeles at a critical moment, as the district that serves about 600,000 students finds itself flush with funding from state and federal COVID-19 relief money but still struggling with the impacts of the pandemic, including learning losses and declining enrollment.

Carvalho and several other Florida superintendents sparred this year with Gov. Ron DeSantis over their imposition of mask mandates to combat the state’s then-rapid spread of COVID-19. DeSantis, through his education commissioner, banned mandates, saying that should be left to parents. He cut funding to some districts that defied him.

But Carvalho and others refused to yield, saying masks protected students, teachers and staff. Carvalho dropped Miami-Dade’s mandate last month as the state’s infection rate dropped and a judge upheld DeSantis’ power to allow parents to decide for their students.

Mask mandates remain in effect in all California public schools, and Carvalho will be arriving in Los Angeles as the school district becomes one of the first in California to put a student vaccine mandate into effect in mid-January for all children 12 and older.

Carvalho said that when he arrives in Los Angeles, he plans to spend some time learning the district and its culture.

“Certainly, I will bring my personal philosophy but at the same time I will listen carefully to the culture, to the tradition, to the practices of Los Angeles,” he said.