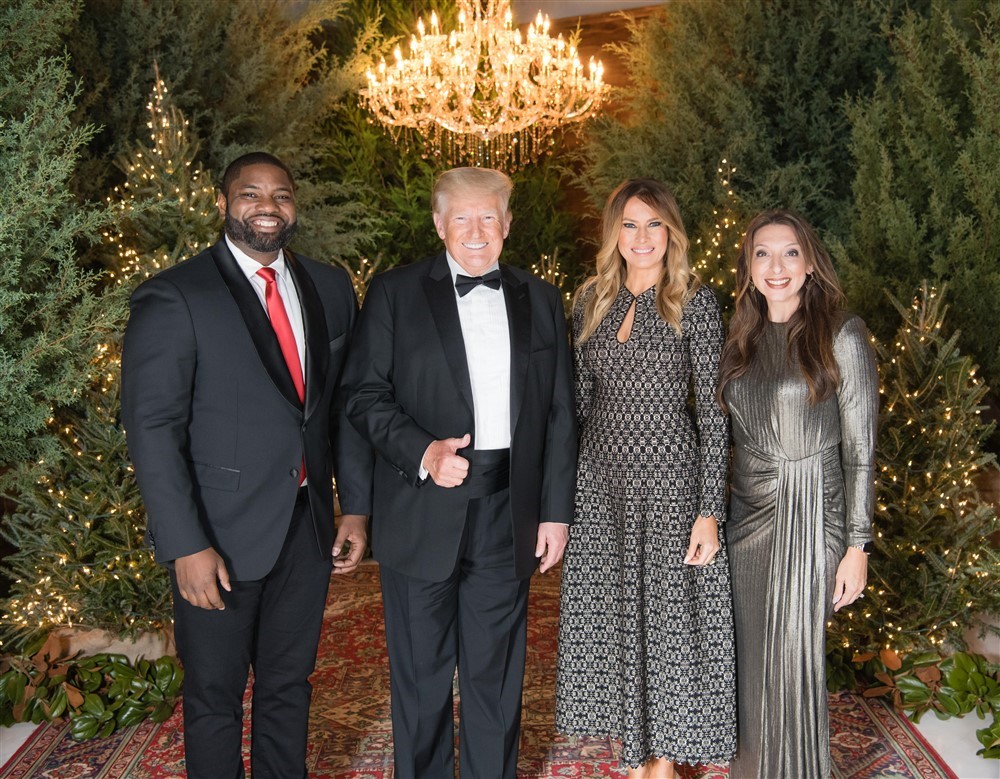 The Congressman recently met with the former President at a holiday event in Naples.

Former President Donald Trump has endorsed U.S. Rep. Byron Donalds for re-election. The high-profile nod came about a week after Donalds, a Naples Republican, shared photos of himself and his wife, Erika, in Southwest Florida with the former commander-in-chief.

“Congressman Byron Donalds has been a terrific advocate for the people of Florida and our Country,” Trump said in a statement from his Save America PAC. “He is doing a great job. Byron is strong on Education, a defender of the Second Amendment, fights to protect our Border, believes that America should be Energy Independent, and is dedicated to Low Taxes and a Strong Economy.

“He is a supporter of our America First policies and knows the importance of our Great Vets and values our important Military men and women. Byron is working hard for our Country every day. He has my Complete and Total Endorsement!”

The freshman Congressman welcomed the support.

“Thank you, POTUS Trump, for your ENDORSEMENT and your unwavering support,” Donalds tweeted. “Americans feel the pain of the America Last policies supported by the Biden-Harris administration and undoubtedly miss your America First agenda. I’ll always fight for the forgotten men and women of our nation.”

Donalds attended and had his picture taken with Trump.

“Erika Donalds and I loved having President Trump and First Lady Melania Trump in Southwest Florida for a Naples Winter Christmas to celebrate America and the Christmas season,” Donalds tweeted. “Merry Christmas to all, and God Bless America.”

Notably, Donalds was among the members of Congress who voted to object to Democrat Joe Biden’s victory over Trump in 2020.

This marks the second election cycle Trump has endorsed Donalds. Trump endorsed Donalds for CD 19 in 2020, though not before Donalds won a close and pricey Primary there. Donalds bested Dane Eagle, now Florida Department of Economic Opportunity director, by 777 votes.

But this endorsement could be especially important because it could insulate Donalds from any potential challenge in a district where the former President remains popular. Trump won CD 19 in 2020 with 59.1% of the vote to Biden’s 37.2%. Donalds won his seat in November over Democrat Cindy Banyai with 61.3% of the vote to her 38.7%.

He faces a rematch with Banyai next year. No other candidates have filed.

.@ErikaDonalds and I loved having President Trump and First Lady @MELANIATRUMP in southwest Florida for a Naples Winter Christmas to celebrate America and the Christmas season.

Merry Christmas to all, and God Bless America.