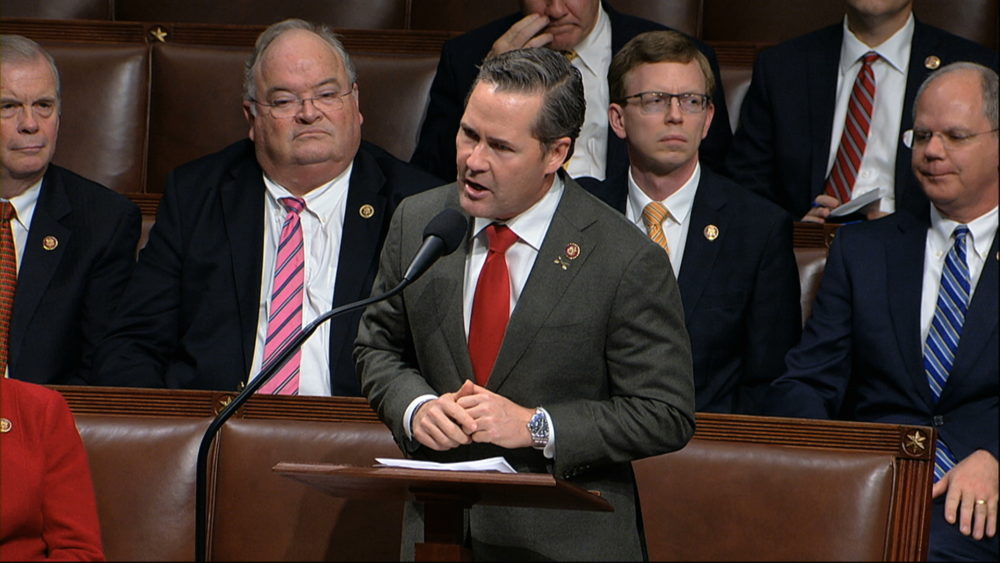 'The only thing Russia understands is strength.'

After returning from a whirlwind research mission in Ukraine, Republican U.S. Rep. Mike Waltz and two Democratic colleagues on Tuesday implored the President Joe Biden administration to immediately get heavy weapons to Ukraine and economic sanctions prepared against Russia to deter a potential Russian invasion.

“I would love to see — and would encourage and demand  — the White House to take stronger moves now,” Waltz said in a virtual news conference Tuesday.

“The only thing Russia understands is strength,” said Democratic U.S. Rep. Ruben Gallego of Arizona. “I’ve heard from the administration a couple of times that they’re working on it, to give weapons, to move weapons. The only thing I have to say is they need to move faster. They have to cut through the red tape to make sure they get the Stinger weapons they need, more Javelin weapons that they need. And they need real, lethal capabilities.”

“This is about speed,” agreed U.S. Rep. Seth Moutlon, a Massachusetts Democrat.

The trio — all military veterans — went to Ukraine over the weekend and returned late Monday. In Ukraine, they met with diplomatic officials, intelligence officials, and Ukrainian special forces, receiving briefings on the reported 125,000 Russian troops amassing along Ukraine’s eastern border and on the Ukrainian military’s capabilities and willingness to fight them.

Ukraine wants to join Western Europe, even eventually join NATO, and is developing stronger ties with the United States. Russia wants to keep Ukraine in its orbit.

Waltz, Gallego, and Moulton seemed convinced that unless Russia President Vladimir Putin sees convincing evidence — quickly — that the United States and NATO will help Ukraine significantly with weapons and supplies and hit Russia with tough economic sanctions before an invasion, Russia is likely to invade.

They also made it clear that, as impressed as they were with improvements in Ukraine’s military training and readiness and with Ukrainians’ willingness to fight relentlessly for their country, Russia has the ability to steamroll the country quickly.

Waltz, of St. Augustine Beach, and the two Democrats, insisted the United States needs to not just threaten economic and diplomatic sanctions but to actively begin setting them up so they could be levied the moment Putin tries anything. Waltz said Putin needs to see those sanctions as ready to go.

“If Putin invades, I want him to know he’ll have trouble buying a soda from a vending machine in the next five minutes,” Waltz said.

The United States also needs to very publicly deliver all the military aid allowed in the U.S. National Defense Authorization Act, in a way that would publicly demonstrate how effective the weapons would be against Russians, the trio said. Waltz said the next round should include ship-to-shore and air defense missiles.

“If the Ukrainians can convince Putin that an occupation would be bloody, and it will be long and protracted, I don’t believe Putin will move in. Putin cannot have that type of loss. It would be an existential threat to his leadership if he has a loss of that kind,” Gallego said.

Waltz also raised the prospect that Putin could attack Ukraine with “gray-zone warfare” without firing a shot, by shutting off gas and oil pipelines to Ukraine, electrical lines and much of Ukraine’s commerce. He also raised concerns about Russia’s increasing military and political ties with Ukraine’s northern neighbor, Belarus, suggesting the prospect that could lead to trouble for Ukraine along a second front.

“There’s a lot of other destabilizing things they could do short of an invasion that could still be just as devastating to Ukraine’s sovereignty and territorial integrity. All of which, I think, deserves, as Rep. Gallego rightly said, for Putin to have the book thrown at him,” Waltz said.

previousLast Call for 12.14.21 — A prime-time read of what’s going down in Florida politics