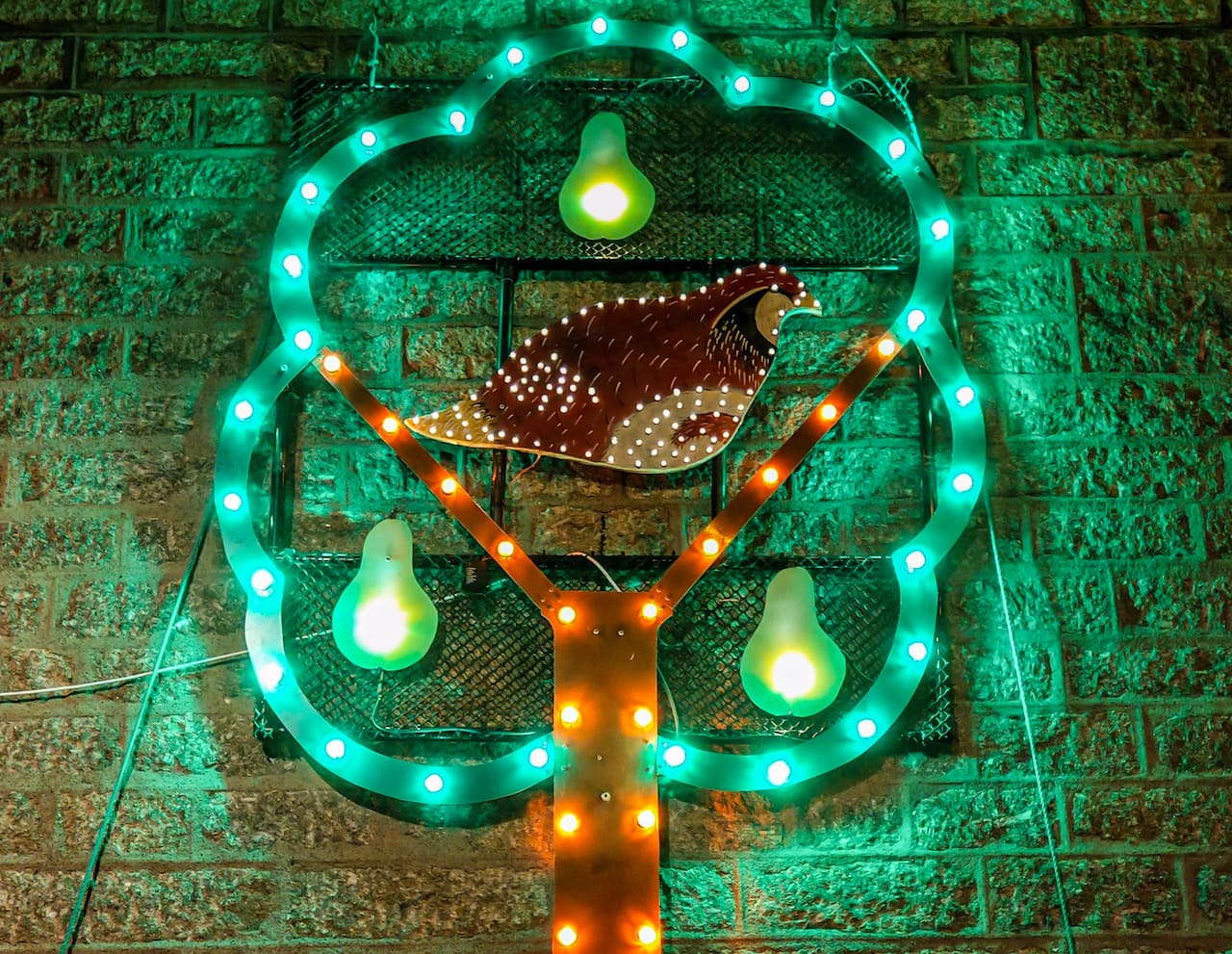 A look at the lobbyists whose work helps ensure the very things that define the holiday.

After another excruciatingly long year, it’s finally time to relax, spend some time with family, and catch your breath before revving up for another Legislative Session.

The Legislature tackled a lot this year: Committee weeks, the 2021 Regular Session, and two Special Sessions that followed. In all, lawmakers spent 21 weeks in the Capitol.

That’s the most since 2015, when the Legislature spent 26 weeks in Tallahassee mainly because of redistricting woes, which we won’t have to deal with again until … oh, right.

Well, we’ll cross that bridge when we come to it.

For now, it’s time to get in the Christmas spirit in the only way we know how: Connecting the lyrics of a holiday staple to Florida lobbyists and lobbying firms.

We’re once again using the classic carol “The 12 Days of Christmas” as our lens to combine the political with the Noel. The tune started “either as a children’s song or a Christmas carol in the late 18th or mid-19th century,” according to a story on Mental Floss.

The site digs up some interesting details, including how the lyrics changed over the years. For instance, what we now sing as four “calling birds” has previously been “canary birds,” “mockingbirds,” and “collie birds,” an old term for blackbirds.

“Over the years, the song has been done and redone by everyone from the Chipmunks, Winnie the Pooh, Ren & Stimpy, to Lucille Ball and Ol’ Blue Eyes himself,” the story goes.

We’d be doing our readers a disservice if we didn’t mention that The Muppets and Twisted Sister have also covered the song (separately). We don’t want to imagine what that collab would look like.

All that goes to say: We don’t feel bad appropriating the song yet again.

On the first day of Christmas, my true love gave to me: A Partridge in a Pear Tree.

Sure, you can eat a partridge, but there are other, tastier birds further down the menu, but you won’t find any other fruit. Pears are the only fruit, though. They are quite possibly the original fruit, too — the word “pear” is derived from the early Semitic word “pirâ,” which means “fruit.” While fresh Florida pears are hard to find in the grocery store, they are perfect for pies, pear butter, jams and canning. Pears — and every other fruit grown in the state — have an ally in the Florida Fruit & Vegetable Association, which looks out for the best interests of growers in Washington and Tallahassee. Their team includes lobbyists Gary Hunter and Eileen Stuart, who joined The Vogel Group when it opened its first office in Florida earlier this year.

On the second day of Christmas, my true love gave to me: Two Turtle Doves.

This line reminded us of recent strides made in the name of love and fairness by the LGBTQ rights movement, repped in the Sunshine State by Equality Florida. The organization is busy every Session — their 2022 legislative slate includes 17 bills, including support for bills that would allow for driver’s license or ID cards to provide for male, female, or nonbinary gender designation and a ban on the so-called “panic defense” that shifts blame onto LGBTQ people for crimes committed against them. Equality Florida is represented in-house by public policy director Jon Harris Maurer and senior political director Joe Saunders. Co-founder and CEO Nadine Smith, who was recently awarded a key to St. Pete, is also an active force during Session.

On the third day of Christmas, my true love gave to me: Three French Hens.

Perhaps the French hens in question are Coucou de Rennes, one of the most prized chicken breeds in the world. Good luck snagging one, though, as they are among the rarest breeds, too — they nearly went extinct during World War I, but a handful of dedicated breeders brought them back from the brink. Nowadays, it would be easier to snag a “French” hen from Sodexo. Based in France, Sodexo is one of the largest food-services companies in the world. The multibillion-dollar corporation even has a presence in the Florida Capitol, represented by Dean Cannon, Chris Carmody, Chris Dawson, Katie Flury, and Robert Stuart of GrayRobinson.

On the fourth day of Christmas, my true love gave to me: Four Calling Birds.

Obviously, the easiest way to make a call is with a cellphone. But what if the network is down? That’s when an interoperable digital two-way radio would come in handy. Such radios are far more capable than the “walkie-talkies” of yesteryear. In addition to allowing users to keep in voice contact, they can transmit data, such as text messages, over radio bands. The tech is commonly found in police radio systems, and in Florida, L3Harris runs the show. After a long-fought battle with rival Motorola Solutions, the Melbourne-based company won the contract to upgrade the Statewide Law Enforcement Radio System earlier this year. The victory — secured in statute, no less — would not have been possible without lobbyists Brian Ballard, Jeff Atwater, and Carol Bracy of Ballard Partners, and Michael Corcoran, Jacqueline Corcoran, Matt Blair, Will Rodriguez, and Andrea Tovar of Corcoran Partners.

On the fifth day of Christmas, my true love gave to me: Five Golden Rings.

The familiar image of five glowing gold rings puts in mind Adams Street’s gold standards — the firms by which all other firms are measured. Last quarter, the five firms that made more than $2 million in lobbying revenues provide a pretty solid compass. The list: The Southern Group, Ballard Partners, Capital City Consulting, Ronald L. Book PA, and GrayRobinson. The Southern Group, in particular, is having a banner year. The firm led by Paul Bradshaw and managing partner Rachel Cone is unquestionably  the top-earning firm in the state after spending years in the No. 2 position behind Ballard Partners.

On the sixth day of Christmas, my true love gave to me: Six Geese a Laying.

A half-dozen geese make an OK gift, but we’d rather have a goose that lays golden eggs. It’s important to note that the “golden goose” is not the same as the goose that laid golden eggs, though the former may hatch out of the latter. Either way, the Seminole Tribe of Florida received a golden egg factory this year by way of a new Gaming Compact. The lobbyists who had a hand in making that happen: Gus Corbella and Hayden Dempsey of Greenberg Traurig; Charlie Dudley of Floridian Partners; Will McKinley, Angela Dempsey and Fred Dickinson of PooleMcKinley; Marc Dunbar, Chris Moya, and Jennifer Ungru of Dean Mead; and Screven Watson of Screven Watson & Associates.

On the seventh day of Christmas, my true love gave to me: Seven Swans a Swimming.

Swans have the right idea. It may be a little chilly now, but in a few months, we’ll all be ready for a nice swim. But swimming in a pool that has been dormant for a while is kind of a hassle. Chlorine, bromine, pH, alkalinity … balancing it all out is like a chemistry test. Luckily, professional help is just a phone call away. Chances are your pool guy knows about the Florida Swimming Pool Association, a statewide group that promotes the industry ensures its members are appropriately licensed and insured for the work they perform. When pool bills come up in the Legislature, FSPA turns to Jonathan Kilman, Mario Bailey, Carlos Cruz, Lauren DePriest, Paul Lowell, and Elnatan Rudolph of Converge Public Strategies.

On the eighth day of Christmas, my true love gave to me: Eight Maids a Milking.

We’re finally done with birds. From here on, the gifts are people. We’re not sure if that’s better or worse … we’ll have to think about it over a glass of milk. Speaking of which, all that milk is presumably coming from cows. Cattle is a major cog in Florida’s $140 billion agriculture industry — just ask the Florida Cattleman’s Association, which fills the Capitol with a sea of cowboy hats every Session to advocate for ranchers and agriculture. The Florida Cattlemen’s Association is repped in-house by Governmental Affairs Director Samual Ard, with an assist from David Browning, Mercer Fearington, and Clark Smith of The Southern Group.

On the ninth day of Christmas, my true love gave to me: Nine Ladies Dancing.

One of the best places to find nine dancing ladies is in the Tampa Bay area … we mean sophisticated, family-friendly dancing, too. The David A. Straz Center for the Performing Arts hosts everything from ballet to internationally renowned dance troupe Tango Fire. The Straz Center also hosts musical acts, screens films, and gives a mic to comedians — they’ll do all three at once when the Mystery Science Theatre 3000 crew comes to town next month. The Straz Center has the team at RSA Consulting Group — Ron Pierce, Kaitlyn Bailey, Edward Briggs, Matt Herndon, and Natalie King — working on its behalf in the Capitol.

On the 10th day of Christmas, my true love gave to me: 10 Lords a Leaping.

Aristocratic titles didn’t leap over the Atlantic to the New World, but some high-society pastimes did. Take golf, for instance. The game was a favorite of Scottish lords as far back as the late 13th century. While Scotland is still a golfing force, Florida is king. There are more than 1,300 golf courses in the Sunshine State, and a few of them make a cameo on millions of TVs during the PGA’s annual Florida swing. The PGA has a big team of lobbyists on retainer, including Marty Fiorentino, Davis Bean, Joseph Mobley, Mark Pinto, and Shannan Schuessler of The Fiorentino Group; Jeff Sharkey and Taylor Biehl of Capitol Alliance Group; and the crew at Ballard Partners.

On the 11th day of Christmas, my true love gave to me: 11 Pipers Piping.

In the years since voters greenlit the medical marijuana amendment, the state’s cannabis industry has grown like a weed. Trulieve is the biggest player in Florida, with more than 100 storefronts and, coincidentally, 11 pipers helping them push pro-pot policies in the Capitol. The corps includes Nick Iarossi, Ron LaFace, Megan Fay, Ashley Kalifeh, Andrew Ketchel, Scott Ross, and Chris Schoonover at Capital City Consulting, Katie Webb and Amanda Fraser of Colodny Fass, Sean Pittman of The Pittman Law Group, and Brecht Huechan.

On the 12th day of Christmas, my true love gave to me: 12 Drummers Drumming.

Top-notch drummers are hard to come by unless you’re on the campus of FAMU or Bethune-Cookman University. While most universities claim their marching band is world-renowned, few take it as seriously as FAMU and Bethune-Cookman. As a recent write-up on the FAMU-B-CU rivalry in The Atlantic put it, “football is the warm-up to the real show: the battle between bands, in the stands, and at halftime.” As awesome as it would be to see the Marching 100 or Marching Wildcats in the Rotunda, the FAMU and B-CU lobbying teams have it covered. FAMU’s team includes Brian Ballard, Carol Bracy, Mathew Forrest, and Wansley Walters of Ballard Partners. Representing Bethune-Cookman are Yolanda Cash Jackson and LaToya Sheals of Becker.