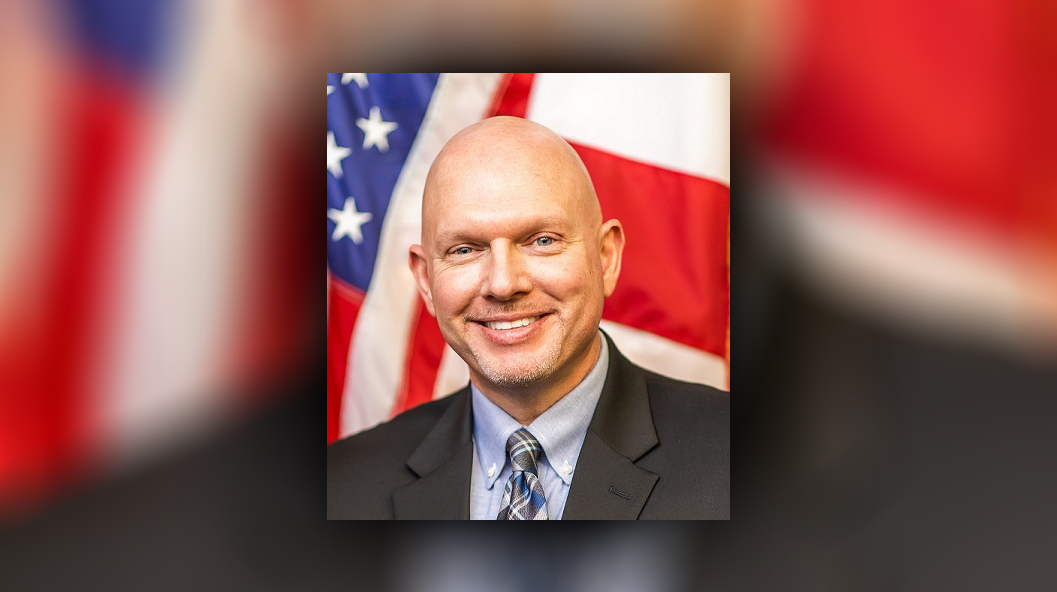 'Even for my own kids, even though my dissertation may have been on CRT, my kids can't tell you anything about CRT.'

The new Department of Juvenile Justice Secretary is shedding light onto academic writings he authored more than half a decade ago.

As a doctoral student at the University of South Florida, Eric Hall wrote a 272-page dissertation that involved an emerging study: critical race theory. Then, he says, CRT was simply a theoretical lens on the issue of race. Today, however, it is among the most controversial topics in American politics and a top target of his boss, Gov. Ron DeSantis.

In the writings first reported about by POLITICO Florida, Hall in 2014 described CRT as “beliefs that seek to uncover and expose racism and its related impact on those who are often without power, in the case of this study, minority students.” He also lamented his inherent privilege as a White male in the report, writing the focus of his “advantaged life” will shift to expose racial “inequity and its effects.”

In speaking to Florida Politics, Hall insists he underwent a years-long renaissance on the issue after the dissertation. In fact, he laments the theory as both a harmful and “divisive” means of indoctrination.

It’s a subject, the lifelong educator adds, that has no place in the classroom — a view point that now aligns Hall with DeSantis and the bulk of Florida’s Republican lawmakers.

No train of thought should strong-arm students or young people into a frame of thinking, he asserts.

“Even for my own kids, even though my dissertation may have been on CRT, my kids can’t tell you anything about CRT because we don’t talk about that,” said Hall, a Pasco County native and father of two.

In defense of himself, Hall says his program at USF included two subjects: CRT and Gender in Education. At the time, he notes, CRT best aligned with his field of study and students including himself found themselves exploring national narratives such as the “school to prison pipeline” and other race-centric theories.

Research of CRT, at the time, he adds, was “pretty limited.” What’s more, no one had yet to see the theory in motion, and his thesis — he claims — focused more on improving the lives of students facing various hardships and challenges, albeit through the lens of CRT.

That context, he suggests, is key.

“The more that I’ve learned over this past decade about CRT and the divisive nature that it brings… (the) Governor’s absolutely correct, it has absolutely no place in our K-12 system,” Hall said.

He also has pivoted on the issue of White privilege, saying privilege is more a factor of socioeconomic conditions than strictly race.

“I think there’s multiple factors that sometimes create these challenges and these hurdles,” Hall explained. “Our job then is how do we leverage the resources that we have to mitigate and knock down those barriers.”

Hall’s take on the theory matters. DeSantis and friends are on a mission to rid the state of its teachings. Last week, the Republican Governor rolled out legislation to stomp the theory.

Dubbed the “Stop W.O.K.E. Act,” the measure would enshrine in statute a ban on CRT and give parents a “private right of action” to file suits against districts that implement CRT policies. The bill would also empower employees against corporations.

A possible 2024 GOP presidential contender, DeSantis is fundraising off of the proposal. The Governor’s Board of Education previously banned CRT classroom instruction over the summer.

“From schools to corporations, Democrats are working to indoctrinate our nation’s youth with hatred — hatred towards one another and towards America. If they’re successful, it will rot our nation to the core,” the Governor warned in a fundraising email.

Meanwhile, schooling is among the cornerstones of Hall’s agenda at the Department of Juvenile Justice (DJJ). A former teacher turned education executive at the Florida Department of Education, Hall maintains the educational path of young people under DJJ’s care is paramount.

Most youth in the juvenile justice system, he notes, read two to three grade levels below their peers.

“It’s hard to talk about long term opportunity and access if we’re having academic gaps and barriers that we’re having to address right now,” Hall said. “And so really looking at how do we accelerate learning, education is going to be a top priority for me.”

Higher education and workforce training opportunities are another bullet point in Hall’s agenda. Pathways to opportunity, he believes, thwart recidivism.

“If we want our youth to have long term opportunities, we’ve got to put them on a path that’s going to put them in a career and a job that helps them to meet their goals, as well as the long term goals for their families,” Hall added.

Hall has spent the majority of his career operating in the intersection of juvenile justice and education, calling the appointment to the Juvenile Justice Department a “full circle” moment in his career.

The son of former high school teachers, Hall began his own teaching career as a college student teaching GED classes to those enrolled in a Tampa Bay-area treatment program. He is married to a social worker and is the father of children enrolled in state public schools.

Calling the appointment an “exciting opportunity,” Hall is eager to harmonize his network of school leaders and law enforcement partners to further support youth involved with DJJ. Among other motives, Hall said he is fueled by a passion to do good things for kids.

“You can look me up any way you want,” Hall said. “I (can) tell you that people that know me, know where my heart’s at, they know where my passion is at. And I approach this work with an unyielding commitment to making sure that we do everything we can for kids.”

DeSantis appointed Hall to lead DJJ in November. In 2019, Education Commissioner Richard Corcoran tapped Hall to serve as the first Chancellor for Innovation and Senior Chancellor.

The role oversaw a slew of divisions including K-12 Public Schools, the Florida College System, Career and Adult Education, Vocational Rehabilitation, Blind Services, the Office of Safe Schools and the Office of Early Learning.

Hall is also involved on many boards and committees. He’s served as a board member of Special Olympics Florida and as Chair of the Florida State Advisory Council on Early Learning.

Hall holds a doctorate in Education Leadership and Policy Studies.