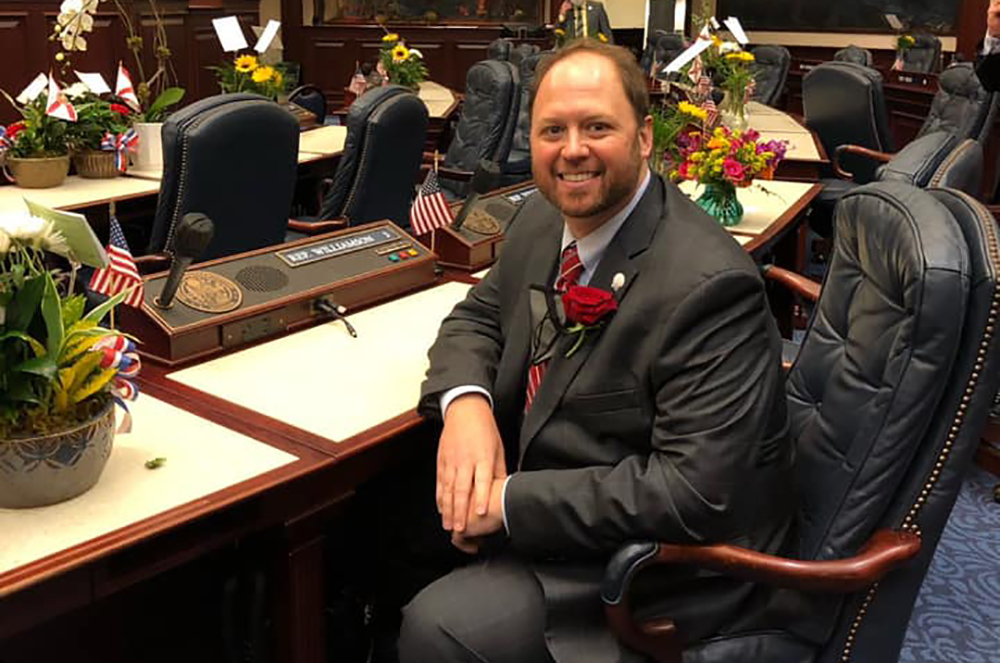 'Often forgotten in politics is the fact that we are all humans. We laugh, cry and bleed just like everyone else.'

Rep. Jayer Williamson announced Thursday he will not seek re-election in 2022 and will be stepping away from politics.

In a statement to Florida Politics, the Okaloosa Republican said he had been approached with ideas of running for Congress, state Senate and Agriculture Commissioner over the past year. However, he decided to step out of the political arena after spending the holiday season reflecting, praying, and having conversations with his family.

He said while the decision is a lot to process, it was easy for him to make.

“Often forgotten in politics is the fact that we are all humans. We laugh, cry and bleed just like everyone else,” Williamson said. “In the Florida Legislature, many of us also have ‘real jobs’ that put food on our tables, and some, like me, have employees that depend on us to support their families. Unfortunately, some of the people we serve forget this.”

In his statement, Williamson also took shots at unnamed public officeholders “at every level” that “have created and perpetuated a toxic political environment far removed from the fact that we are elected to serve the public.”

“Our job is to protect the freedoms and the pocketbooks of the people who pay our salaries. We’re not celebrities or rockstars, and the goal shouldn’t be getting a blue checkmark on Twitter or likes on a Facebook post,” he said. “It’s the difference between being a show horse or a workhorse. I’ve always tried to be the latter.”

The Pensacola native was first elected to the Florida House in 2016. Before he was elected, he was appointed to a vacant seat on the Santa Rosa County Commission in 2014 by then-Gov. Rick Scott. According to state records, there are currently no other candidates registered to run for his seat.

Williamson closed out his announcement by thanking his supporters and those who helped him serve in the Legislature for three terms.

“It has been one of the greatest honors of my life to serve you in the Florida House. However, now is the time for me to come home, spend more time with my wife, commit to growing my business and give all my attention to the greatest title I have ever received, Daddy.”

After his announcement, several lawmakers, political figures and groups sent him their wishes on Twitter:

Some people are just not replaceable. @JayerWilliamson and I bonded after the death of his father and the death of my brother, which all happened in the span of 2-3 months apart. Politics aside, he’s just good people and will truly be missed in this process. Wish you well, Jay! https://t.co/l3GLC2xCjB

It breaks my heart, but I know he made this decision b/c it’s the right one for his family.

Im looking forward to making the most of my last two months serving with the man who’s become my big brother, one of my closest friends and the best example of service I’ve known. https://t.co/lxXc5TH1V7

Associated Builders and Contractors of Florida

@JayerWilliamson is one of the best people we’ve had the privilege of working with in this process. His work ethic is strong his heart is true and he is a tireless advocate for his constituents, our industry and the state. It has been an honor to work with him on any level https://t.co/HY6AmsBaX1

I legit hate to see this. @JayerWilliamson is as decent as they come – not just in politics, but in life.