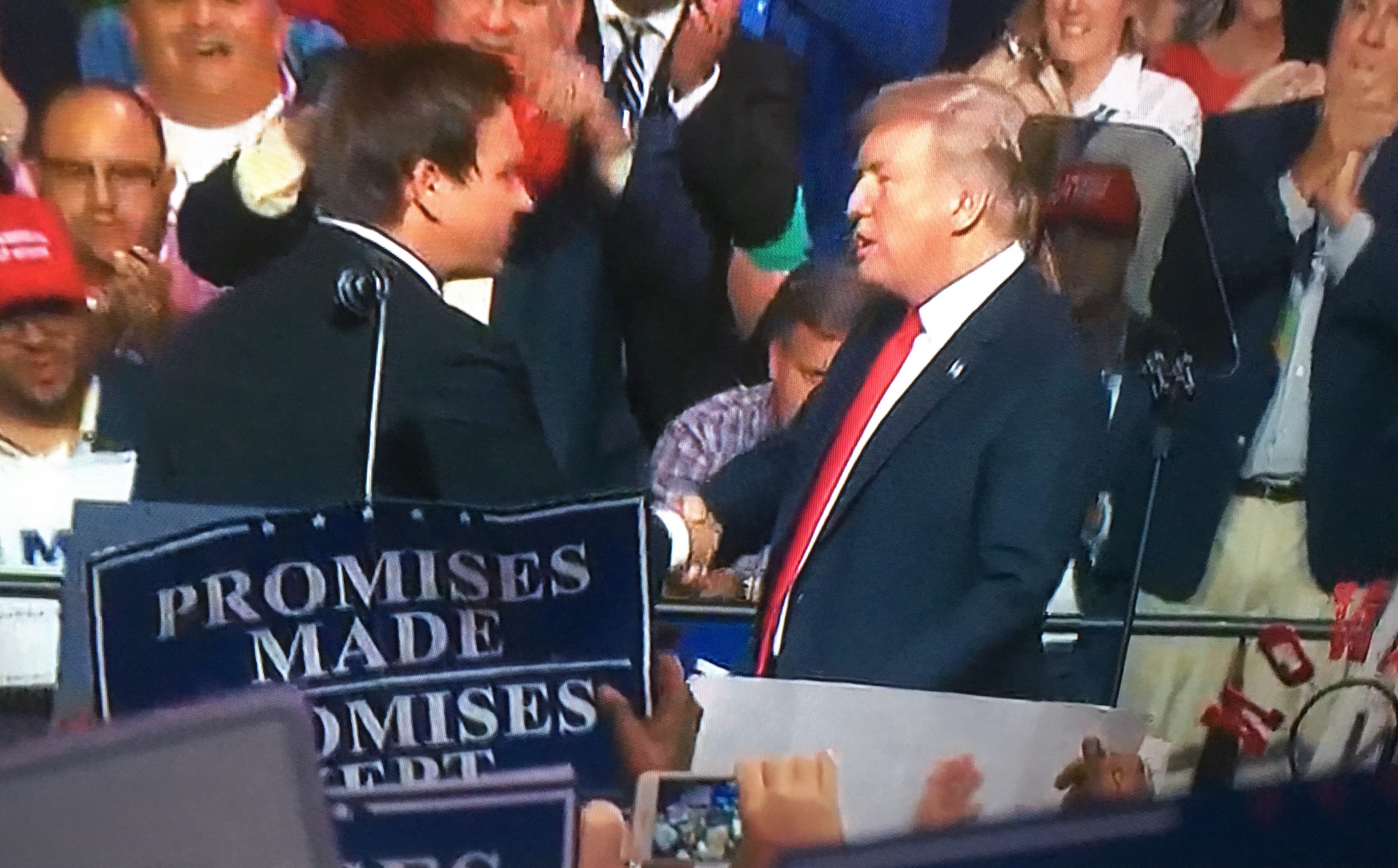 Trump had 55% support overall, but more evidence shows DeSantis as a palatable alternative.

Yet another survey shows that Republican Primary voters would prefer Gov. Ron DeSantis as their 2024 nominee if Donald Trump decides not to run again.

While Trump was the preferred candidate among 55% of the 306 Republicans surveyed in a December poll from the University of Massachusetts, DeSantis was the runner-up.

DeSantis had 20% backing as a “first choice” candidate. Ambassador Nikki Haley’s 7% was good for third place.

When respondents were asked who their “second choice” candidate was, they liked DeSantis even more.

The survey showed 37% of those polled picked Florida’s Governor, with Sen. Ted Cruz at 15% in second place for second choice. Trump and former Vice President Mike Pence tied for third place, with 13%.

The pollsters see a path for DeSantis even against Trump, but it’s still not well-defined.

“At present, Donald Trump remains the clear favorite among Republicans for the 2024 presidential nomination,” Professor Jesse Rhodes said. “However, Ron DeSantis enjoys considerable support, and may well give Trump a run for the nomination, especially given how much baggage Trump carries with moderates, independents and swing voters.”

This poll is consistent with other surveys showing Trump has majority support among those polled, should he run again.

A Reuters/Ipsos poll conducted Dec. 9-13 showed Trump as the choice of 54% of the 1,592 Republicans surveyed, well ahead of DeSantis at 11%.

A December survey from Yahoo! and YouGov of 420 registered voters showed Trump at 44%, one of the lower marks of support he’s gotten among GOP voters. DeSantis was second place there as well, with 23% support.

Trump continues to say DeSantis would back out of any plans to run for President if Trump runs again.

“I do think if I run, he won’t,” Trump told South Florida radio host Brian Mudd in November. “If he wanted to run, that’s OK with me. I think we’d win by a lot.”

Trump had said elsewhere he thinks DeSantis would “drop out” of the 2024 race if Trump got in. DeSantis has been coy when asked about 2024, calling the chatter about it “nonsense.”