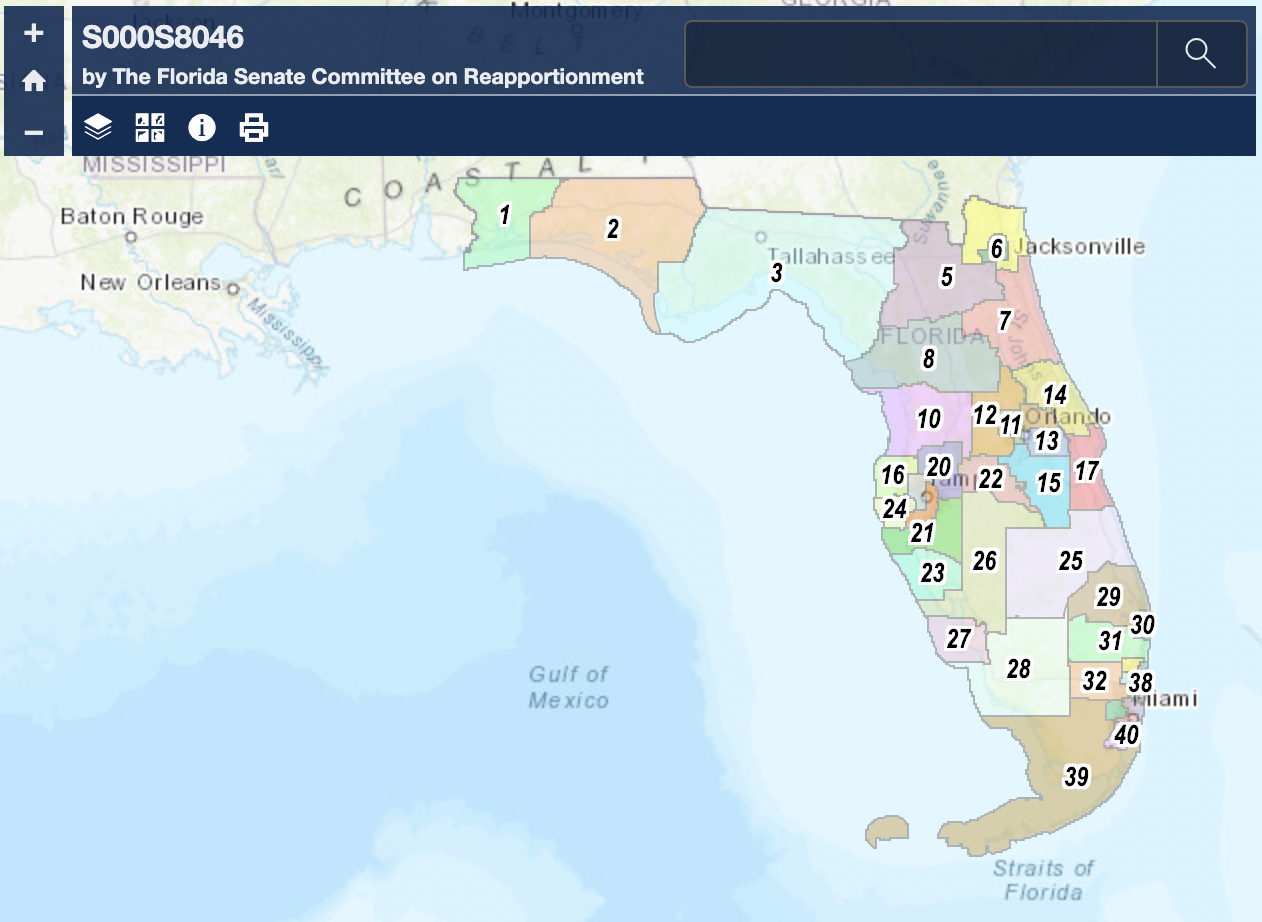 But there could well be more disagreements to hash out at a Thursday committee hearing.

Sen. Danny Burgess, the subcommittee chair, will recommend drafts that keep Gilchrist County entirely within Senate District 5. That leaves S 8046 and S 8050 as options for consideration.

But a more complicated question of how to handle a South Florida minority district remains on the table.

“Staff has done an amazing job,” he said. “With anything we do in this process there are different ways to do something.”

Sen. Randolph Bracy, an Ocoee Democrat, took significant issues with the makeup of Tampa Bay. He dislikes that all of the staff maps have proposed Senate District 19 jumping across Tampa Bay in order to make an effective minority-controlled district. Bracy, who represents a minority district himself, thought there was a way to have districts in Pinellas and Hillsborough counties with a strong minority presence.

Staff director Jay Ferrin said the choice was made because a Pinellas minority district may have a Black population of more than 30%. A district can be considered effectively minority controlled if a racial demographic controls a Primary in a district with a partisan preference. For example, if Black voters make up enough of a Democratic electorate in a district to control who wins the Primary in a Democratic-leaning district, that’s effectively a Black-controlled district even if Black voters make up less than 50% of the total population.

But Bracy voiced frustration that draft maps took a Jacksonville area district, Senate District 6, from a 42% Black district to a 41% Black district, but was wary about a further cut, even if it meant more effective minority districts overall.

“With the Black voting age population down, that’s not diminishment?” Bracy said.

Groups like the League of Women Voters sided with Bracy, and said requirements not to diminish minority districts should not be used as an excuse to avoid increasing minority voices in the Senate.

Sen. Audrey Gibson, for her part, expressed frustration that Senate District 6 was becoming too small as staff sought a more compact district. Her concern, she said, was that the result would be a “poverty district.”

Sen. Kelli Stargel, a Lakeland Republican, for her part said she would have been comfortable sending a single map, S 8050, forward, as nobody in the subcommittee was making a strong case for an effective minority district in South Florida.

Regardless, the maps now go to Sen. Ray Rodrigues, chair of the full Senate Reapportionment Committee. He will make a decision about what map to include in his legislation, but allow for amendments to be filed before a Thursday meeting so that all matters will be debated there.

It’s possible some iterations of maps will come back for consideration at that point. For example, Gibson said she was happy with earlier proposals for Jacksonville area districts and may file amendments to reflect that.

The challenge with all amendments will be that they can impact the entire map when not implemented carefully. The goal is to keep districts within 1% of ideal total populations.