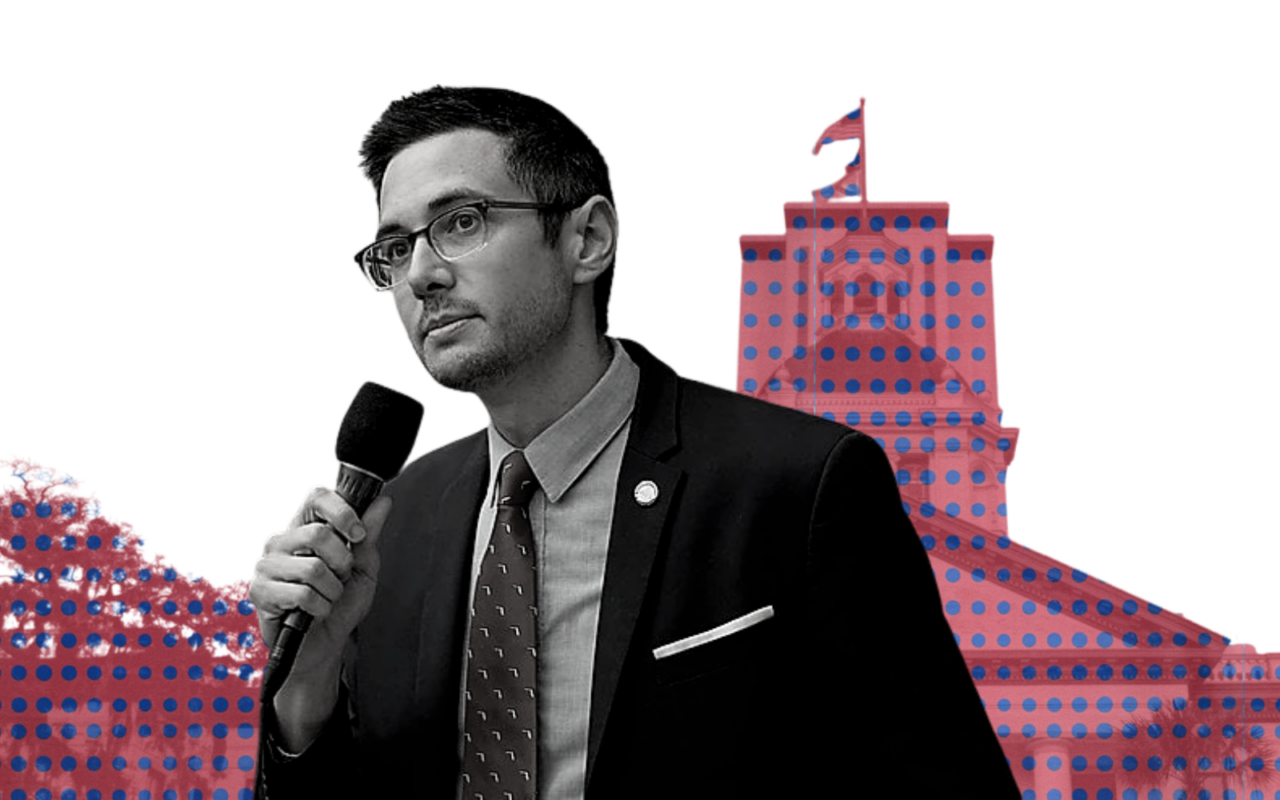 Sen. Ana Maria Rodriguez, a fellow Miami Republican, has teamed up with Aloupis of three of the five bills.

One would be hard-pressed to accuse Rep. Vance Aloupis of being a one-note legislator going into the 2022 Legislative Session.

The five bills he cited as favorites are as disparate as they are potentially impactful, ranging from one that would stiffen penalties for reckless motorists to another that would further protect the Everglades against encroaching development.

Aloupis and Sen. Ana Maria Rodriguez joined forces to support HB 729 and SB 932, which would require Department of Environmental Protection approval for any project built within two miles of the Miami-Dade County Urban Development Boundary that protects the Everglades.

The bill, Aloupis said, is essentially a copy of legislation Rep. Bryan Ávila filed two years ago that would set the two-mile buffer and move the approval process for development from the Department of Economic Opportunity to the DEP.

“We’re bringing that bill back this year,” he said, adding that his office has been working on the issue with the Everglades Foundation and has met with builders to gain input from the development side of the equation.

“As Florida continues to grow, we need to always ensure we’re doing everything we can to protect our water quality, making sure any conversation being had regarding development within or around the UDB is being done first and foremost through the lens of environmental protection,” he said. “And to be honest, the responses we’ve been getting from developers have been tremendously positive. They understand the importance of ensuring that those environmental protections are in place.”

Then there is HB 1053, which would allow expectant parents employed by the state to tap into voluntary paid sick leave pools so they can take up to a month off to spend with their new children while still receiving complete paychecks.

After reviewing various models to pave a way for parental leave — including one U.S. Sen. Marco Rubio contemplated that would have allowed people to use funds from their Social Security as compensation — Aloupis ultimately based his bill on one Arkansas Gov. Asa Hutchinson signed into law in early 2017.

Another Aloupis bill to which Rodriguez has filed a Senate analogue is HB 1131, a re-submission of legislation Aloupis introduced last year that would allow Floridians to expunge one eviction proceeding from their records if the case in question was either dismissed or the tenant and landlord reached an agreement.

“We have housing issues in South Florida for a host of reasons, but there are situations in which individuals are being denied housing or affordable housing based on a prior eviction,” he said. “What this bill would do is allow an individual the opportunity to rectify a wrong, remove that scarlet letter of an eviction from their record and move forward.”

HB 273, to which Sen. Jason Brodeur of Sanford filed a companion, would create definitions in Florida Statues for virtual currency like Bitcoin and establish related allowances and strictures.

The bill, a repeat of one the House passed off the floor last year, is much needed, Aloupis told Florida Politics.

“Whether you believe in cryptocurrency or not is not the point; the reality is that it is a reality,” he said. “Unfortunately, Florida has remained fairly silent on the issue of how it should be regulated. So, from a consumer standpoint and from the vantage of companies relocating to Florida, there’s a necessity for individuals to understand how virtual currency is handled here in Florida.”

One “particularly personal” item Aloupis hopes to see through this Session — which begins Tuesday — is HB 297. Titled the “Anthony Resnick Act,” the bill takes its name from the brother of Aloupis’ college friend, who was struck and killed in 2020 while crossing the street at night. The motorist had her car’s headlights off when she ran a red light.

“He was in a coma for, I believe, more than a week before he died. She was essentially given a traffic citation,” Aloupis said. “When we asked the State Attorney’s Office why criminal charges weren’t brought, we were left to understand that there are loopholes in the statutes that prevent an individual from being charged for a felony if they cause bodily harm or death, depending on the number of careless acts they made.”

Democratic Sen. Jason Pizzo of Miami has filed a twin to the bill, which would establish that if a driver committed multiple negligent acts when he or she caused bodily harm, death or property damage — speeding and texting, for example — that person would be subject to heightened criminal penalties.

“We were getting calls from families across the state saying, ‘These are issues we’re seeing in our community, where pedestrians are being killed because of the negligence of drivers, and justice is not being served; individuals are walking away with traffic citations,’ ” he said. “So, this bill is important for a host of reasons.”