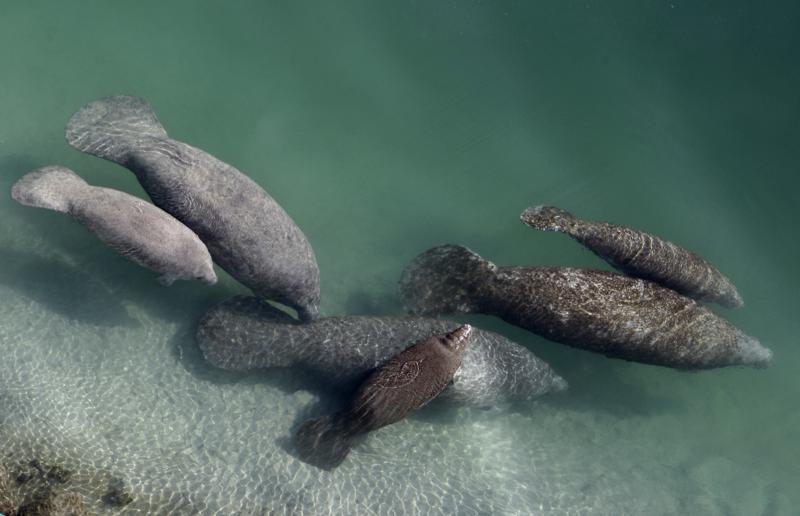 Officials would have to inspect septic tanks every five years.

A bill to reduce algal blooms, and protect Florida’s declining manatee population, is inching forward in the Legislature.

The effort comes after Florida’s worst year on record for manatee deaths, with more than 1,000 dead. Clearing the waters of the harmful blue-green algae that kills their seagrass food source could eventually help save the population.

Monday’s vote was the second time the Senate Environment and Natural Resources Committee unanimously approved a version of the bill, after committee members did so during the 2021 Session.

“I do hope this helps us with our manatee situation,” Stewart told the panel.

The bill’s central component would require the Department of Environmental Protection to implement a septic inspection program. Officials would have to inspect septic tanks every five years.

The legislation is part of a multiyear effort for Florida to tackle algal blooms that have become increasingly common and worse in the past decade. Those blooms come from nutrient runoffs and choking water systems throughout the state, particularly from Lake Okeechobee outward to the coasts.

Gov. Ron DeSantis created the Blue-Green Algae Task Force as one of his first acts when he took office in 2019. Lawmakers approved most of the task force’s recommendations issued that following October. However, Stewart’s bill would round up a couple steps the Legislature left off when it passed the package in 2020.

Authorities expected another bad year for manatees, with more deaths to come as Florida enters the winter months. During that time, manatees gather in warm-water areas where food can be hard to find, according to The Associated Press.

Paul Owens, president of 1,000 Friends of Florida, called headlines about manatee die-offs “painful reminders” that water can’t be taken for granted. He told the committee the proposal would reduce nutrient pollution and make the best use of public investments in water quality.

The bill next heads to the Senate Agriculture, Environment, and General Government Appropriations Subcommittee, its second of three scheduled committee stops.