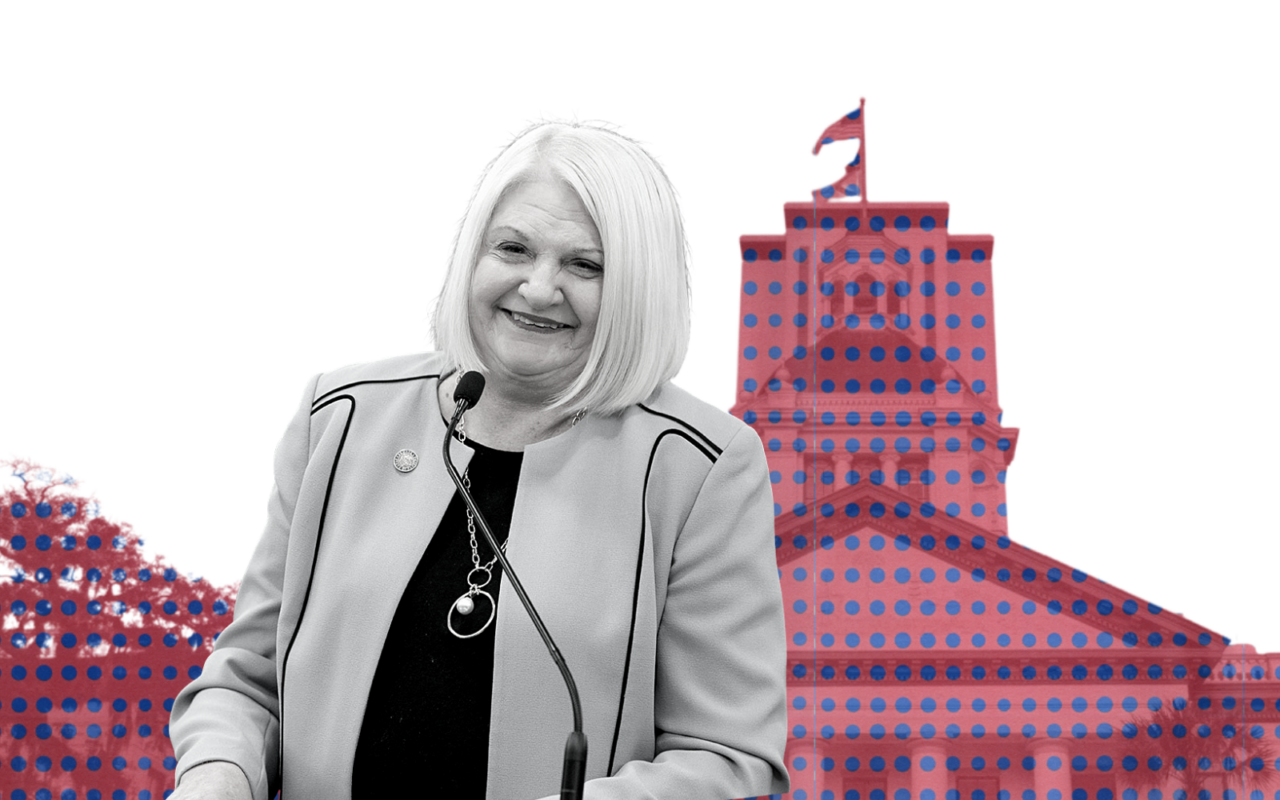 Democratic Sen. Linda Stewart did a double-take when she heard that sex with someone too drunk or too stoned to know what’s going on is not necessarily considered sexual battery in Florida.

“I was very surprised about that,” Stewart said.

Stewart was referring to conversations she had — notably with the Rape, Abuse & Incest National Network (RAINN), the nation’s largest anti-sexual violence organization — which led to creation of Senate Bill 868 seeking to tighten state law.

Currently, someone who is mentally incapacitated by drugs or alcohol is considered a victim of sexual battery only if the other person is the one who provided the drugs or drinks, she said. Stewart’s bill — and the House companion House Bill 525 from state Rep. Emily Slosberg-King of Boca Raton — would eliminate the requirement that the drink or drugs be provided by the other person.

The bill is one of Stewart’s priorities ahead of the 2022 Legislative Session. Also on her priority list is Senate Bill 832, which implements recommendations from the state’s Blue-Green Algae Task Force, and Senate Bill 898, creating protections for apartment dwellers from apartment employees who could have master keys to apartments. She’s also passionate about creating cultural education programs for Asian American and Pacific Islander culture through Senate Bill 490.

As usual, Stewart, of Orlando, is putting most of her energy into legislation seeking protections for vulnerable women and children and for Florida’s environment.

“Women and children: you find out these little hiccups that the law has that isn’t really protecting them … there’s no reason for that,” she said. “Anything that can improve our lives, particularly in abusive situations, domestic violence and things of that nature, we need to do.”

SB 868, the bill to expand Florida’s sexual battery statutes, starts with defining temporary mental incapacitation, the kind of condition where someone is too drunk or too stoned to make a clear decision.

“You can’t take advantage of people when they’re in that situation. Whether you caused it, or they caused it themselves, you cannot take advantage of them. They have to be able to give their consent, and that is sometimes absolutely impossible,” Stewart said.

“What the RAINN group said to me is one in six women in college is sexually assaulted when they are under the influence of alcohol,” she added.

SB 898 — dubbed “Miya’s Law” in memory of an Orlando woman believed to have been murdered by an apartment maintenance worker who entered her apartment and killed her — is also aimed at protecting women in college, though it applies to anyone.

Miya Marcano, 19, was killed at her University of Central Florida area apartment in September. The Orange County Sheriff’s Office said a maintenance worker with a violent criminal background, who was employed by the apartment complex, had been stalking Marcano and used a master key to enter her apartment and murder her. The maintenance worker committed suicide before an arrest was made.

SB 898 would require apartment owners to conduct extensive criminal background checks on employees and to set up rigorous controls over master keys to apartments. Reps. Robin Bartleman of Weston (who represents Marcano’s hometown) and Scott Plakon of Lake Mary are co-sponsoring the companion measure, House Bill 577.

“Miya’s death is an awful tragedy — one that has put a spotlight on problems with apartment safety and security,” Stewart said earlier in a news release. “We’ve heard too many horror stories of some landlords disregarding the security of their tenants by issuing master keys to maintenance workers without running any background checks. Everyone deserves to feel safe.”

The blue-green algae bill is one of several environmental bills Stewart introduced this year. She’s hoping it will be an important step toward clearing the waters, and eventually helping save the manatees, who are undergoing a dramatic die off due in part to blue-green algae killing off their seagrass food source.

“Certainly we all must have a broader and larger concern for our environment and the climate,” Stewart said. “We just have so much to catch up on with the environment.”

“And finally, finally, I’m finding there’s been a breakthrough, and more of the legislators are inclined to want to improve the environment, which I’m thrilled about. Now they’re seeing the need for there to be restrictions and improvements in place for the Everglades, our rivers and streams. And certainly you could see the damage that occurs in the Indian River with the manatees,” she added. “You know, once they disappear, they’re gone forever. There’s no other place they are. Just Florida.”