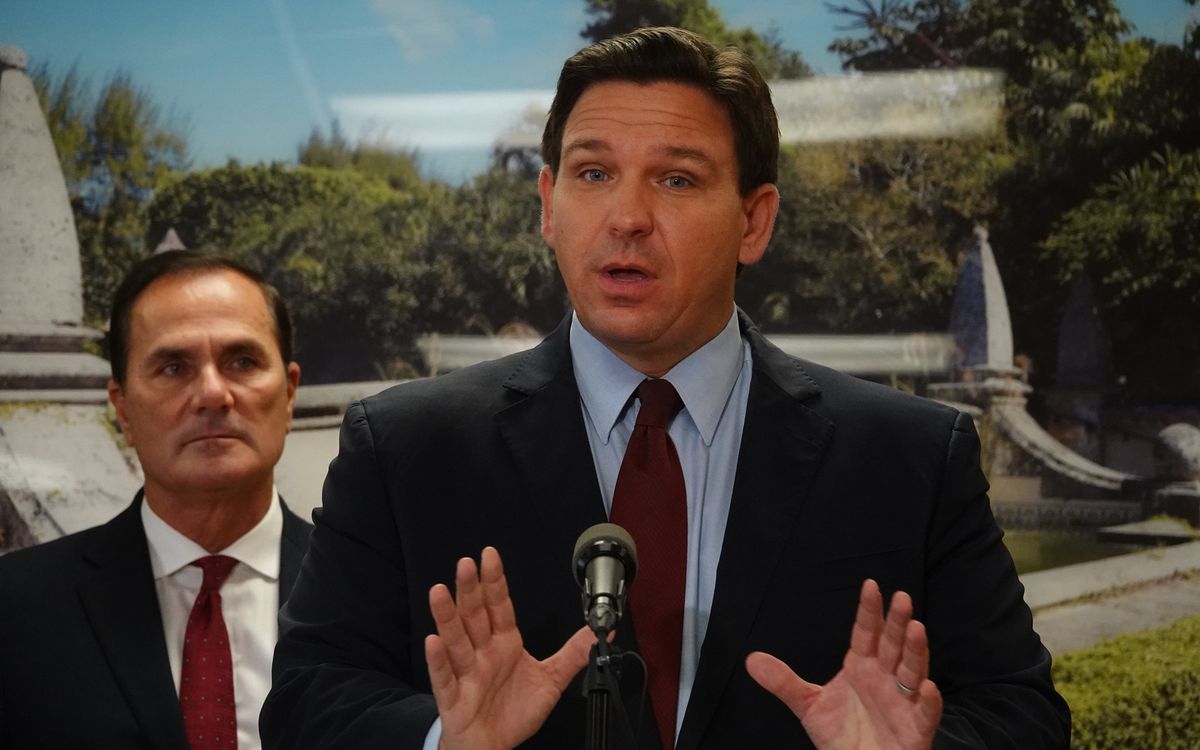 While the Governor remains coy about his vaccination status, his State of the State address hit all the GOP red-meat talking points.

I rarely agree with anything former President Donald Trump says, as anyone who has spent much time in this space already knows.

However, the big guy had a valid point about politicians who play dodge-the-question about the COVID-19 vaccine. Now, who do we know who continues to do that?

The Governor does the Tallahassee two-step when asked whether he has taken a booster shot, as medical experts recommend. Well, not all experts. Joseph Ladapo, DeSantis’ hand-picked Surgeon General, noted, “Vaccines are up to the person. There’s nothing special about them compared to any other preventive measure.”

Anyway, Trump drew boos at a recent rally when he said out loud that he is fully vaccinated, including the recommended booster shot. It didn’t seem to faze him.

He told One America News — which leans to the right of Atilla the Hun — that politicians who won’t admit they’ve taken the vaccines are “gutless.”

“You gotta say it — whether you had it or not,” Trump said. “Say it. But the fact is that I think the vaccines saved tens of millions throughout the world. I’ve had absolutely no side effects.”

That might be the most lucid and intelligent thing I’ve ever heard Trump say, although it’s admittedly a short list. In the interest of full disclosure, I too have had two shots of Pfizer and a booster with no problems, and I know you’re thrilled.

In April, DeSantis received the single-dose J&J vaccine but has remained coy about the booster. It’s not hard to see why, considering how roundly the almighty GOP base booed Dear Leader when he advocated for the booster. And to be fair, Trump didn’t mention DeSantis by name, but he didn’t need to. Figuring that out didn’t require an advanced degree in tea leaf reading.

“I’ve done whatever I did, the normal shot, and that at the end of the day is people’s individual decisions about what they want to do,” DeSantis told Fox host Maria Bartiromo last month.

That clears it up. The Governor did whatever he did.

This dance between Trump and DeSantis is interesting.

Trump has clamored for a public promise from DeSantis that he won’t run for President in 2024 if the big guy gets into the race. DeSantis hasn’t offered that assurance. It clearly has gotten under Trump’s skin.

“I do think if I run, he won’t,” Trump told South Florida radio host Brian Mudd. “I know they try and create friction that I don’t think exists at all. It might, you know, you never know. If he wanted to run, that’s OK with me. I think we’d win by a lot. But he’s good. And he’s done a good job as Governor.”

Um, no. If Trump runs and DeSantis gets in the race, that most definitely would not be OK with the big guy. And if “they” — whoever “they” are — are creating fictitious friction, why does Trump keep throwing these little zingers?

By the way, did you catch the Governor’s State of the State address Tuesday at the Capitol? It was political theater worthy of Broadway and the most divisive such address I’ve heard from any Florida Governor.

DeSantis checked all the GOP boxes with that one.

He smeared Dr. Anthony Fauci and professed his love for the police. He wants to create election cops to ensure “integrity” after Florida just conducted its smoothest election in memory — so naturally, we need new voter restrictions. The Second Amendment was in there too, as is required in the Republican Speech-Making Book.

And on Wednesday, he said a ban on abortions after 15 weeks of pregnancy sounds “reasonable” to him.

The man rails against mandates but appears ready to mandate what women can do with their bodies.

In short, the last couple of days sounded like a presidential campaign kickoff to me. His speech was the kind any Republican with those ambitions would give, and it doesn’t sound like he’s ready to check with Mar-a-Lago to see if that’s OK.

You know, say it. You gotta say it.

nextSunburn — The morning read of what’s hot in Florida politics — 1.13.22