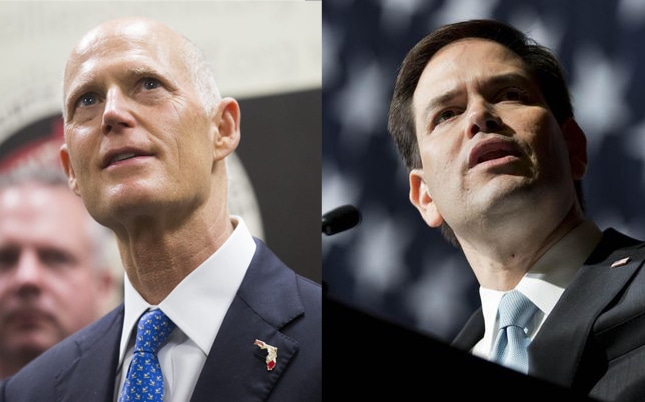 The senators issued solemn warnings that democracy is under threat.

The speeches come on day after Biden called for an end to the filibuster for the purpose of passing voting rights measures. Consistent with the view of most Republicans, Florida’s senators see the Democratic gambit as a cynical power grab.

“Now look, if your daily routine is to wake up in the morning, turn on MSNBC as you ride on your Peloton, and get on Twitter as you drink your caramel macchiato, and then you’re reading the New York Times as you’re eating your avocado toast, I imagine all this makes perfect sense to you,” Rubio said.

He contended that many on the left see Republicans as “insurrectionists” seeking to “overthrow democracy.” Rubio took some time in his remarks to downplay the severity of the Capitol riot last year.

“I think almost everyone would tell you that what happened on Jan. 6 was a terrible thing and should never have happened and should never happen again,” Rubio said, but he added that “most normal and sane people” wouldn’t be convinced “that our government was almost overthrown by a guy in a Viking hat.”

“It isn’t about the Capitol riots. Everybody agrees the Capitol riots were terrible and shouldn’t have happened. I think, everyone does,” Rubio said, going on to say that arguments about “voting rights” were a pretext given American elections saw record participation in 2020.

“This is about power,” Rubio said. “About ramming through an election law to make sure they never lose power.”

Sen. Scott was no less emphatic in attributing motives, saying Democrats were devoted to “radically transforming this nation into a socialist state,” seeking to “jam through progressive, socialist ideas without any compromise.”

“To change the filibuster will not protect democracy, but ruin it,” Scott added.

At least for now, Republicans have some Democratic support in opposing the end of the rule. Mavericks Kyrsten Sinema and Joe Manchin both want to maintain the filibuster, which requires 60 votes to advance a bill.