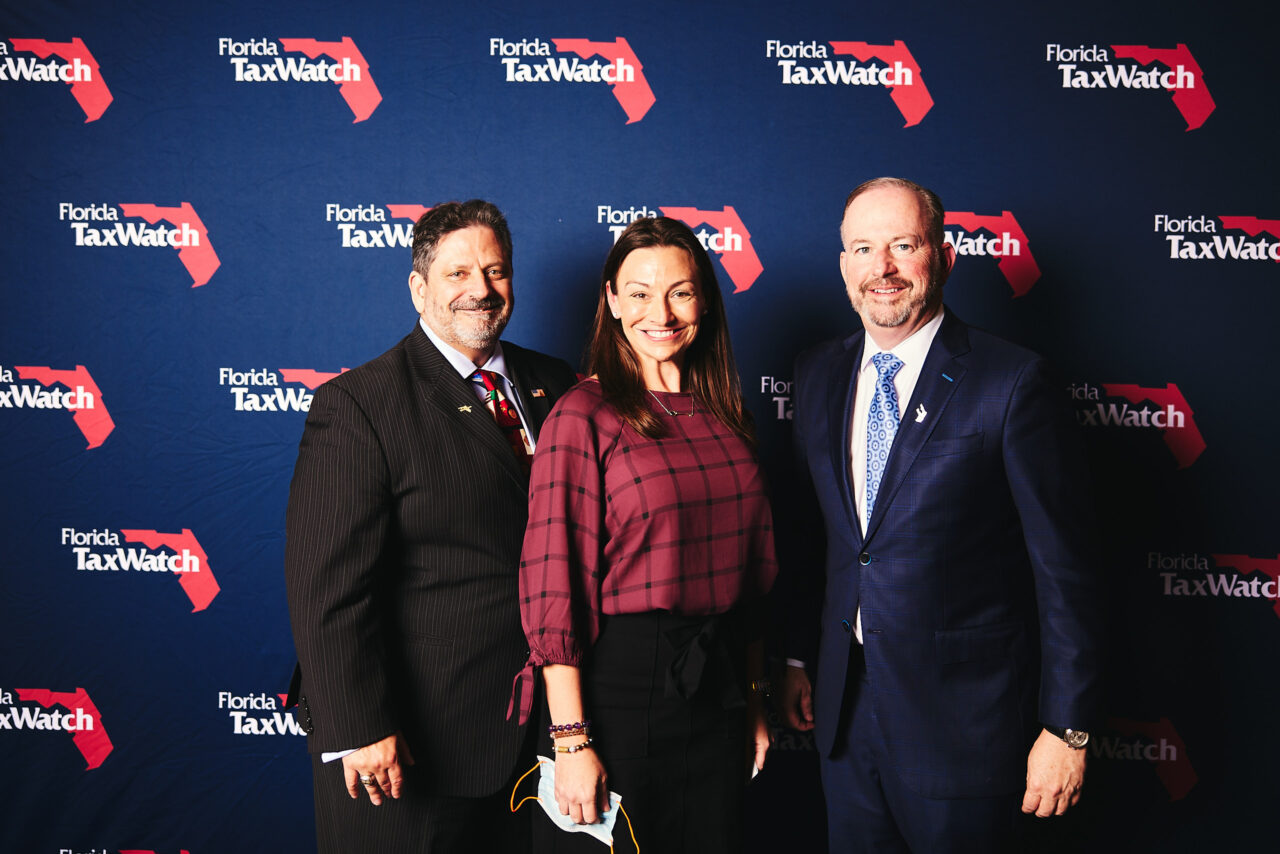 She was the only Democrat at an event devoted to fiscally conservative oversight.

Agriculture Commissioner Nikki Fried — a Democratic contender for Florida Governor — faced a decidedly skeptical (and mostly Republican) crowd on Wednesday night during a speech at a Florida TaxWatch event.

Supporters of TaxWatch gathered in Tallahassee for the annual State of the Taxpayer Dinner, a raucous rally where cheers erupted each time a speaker praised incumbent Ron DeSantis as the “greatest Governor in America.”

Fried, who is challenging DeSantis’ re-election, appeared as the only elected Democrat on the program. She did her best to tout her achievements over a single term on the Florida Cabinet through terms of business success. She helped usher in the birth of the Florida hemp industry, marketed local crops through Fresh From Florida, and elevated the citrus industry, an agricultural institution that gives Florida myriad flavorful identities: from the orange on state license plates to naming stadiums after citrus legends.

And whatever policy beef she mounts on the campaign trail, she promised to TaxWatch backers to welcome the input of the budget watchdogs.

“Making sure government is efficient and fiscally responsible is a sacred responsibility of every elected official,” Fried said.

Of course, during the meeting, her message served as an outlier in many ways. For the most part, elected officials taking the stage promised freedom above all; low taxes came a close second.

While Florida TaxWatch leaders promised oversight on the $8.8 billion infusion of federal money to the state budget this year, Fine suggested even the watchdogs underestimated how much had arrived. Going back to the pandemic’s start, including funding coming from the Republican Donald Trump administration and the Democratic Joe Biden administration, well over $15 billion had come for schools alone.

While Fried said the state needed to be grateful to Biden for continued leadership on funding, most lawmakers seemed to grimace at the money’s arrival. Fine said the government would send it back, except that would only mean the revenue would be sent to blue states like New York and California.

Sen. Jason Brodeur, a Lake Mary Republican, said he has fought for years against the mindset of spending dollars primarily on areas with poor leadership.

“Who gets the most funding? The communities in the most need,” he said. “Why are they in need? They have been the most irresponsible with their funding.”

But he also expressed optimism about the role of government in modernizing Florida if it can show leadership and look past the “parade of horribles” who predict only adverse outcomes.

Most lawmakers threw shout-outs to DeSantis, praising individual decisions and saying he had created a reputation in Florida as a state that places freedom first.

Rep. Stan McClain, an Ocala Republican, recounted a visit to Texas where residents told him, “You have the greatest Governor; can you share him with us as President?” McLain recalled. “I said, ‘Not yet.'”

But lawmakers also said there were challenges the state had to address.

Sen. Jeffrey Brandes, a Pinellas Republican, praised reopening Florida and advocated for a libertarian response to the pandemic, even as he devoted much of his time to criticizing the state prisons. His focus on government shortcomings was all presented through a conservative fiscal lens. He discussed how prison crowding left a backup of inmates in county jails, enough to fill two state prisons if there was room. He also lamented the litigious environment in Florida, which endured 8% of natural disasters in the U.S. but produced 80% of the insurance claim litigation.

“We have things we need to talk about and challenges we have to face,” he said.