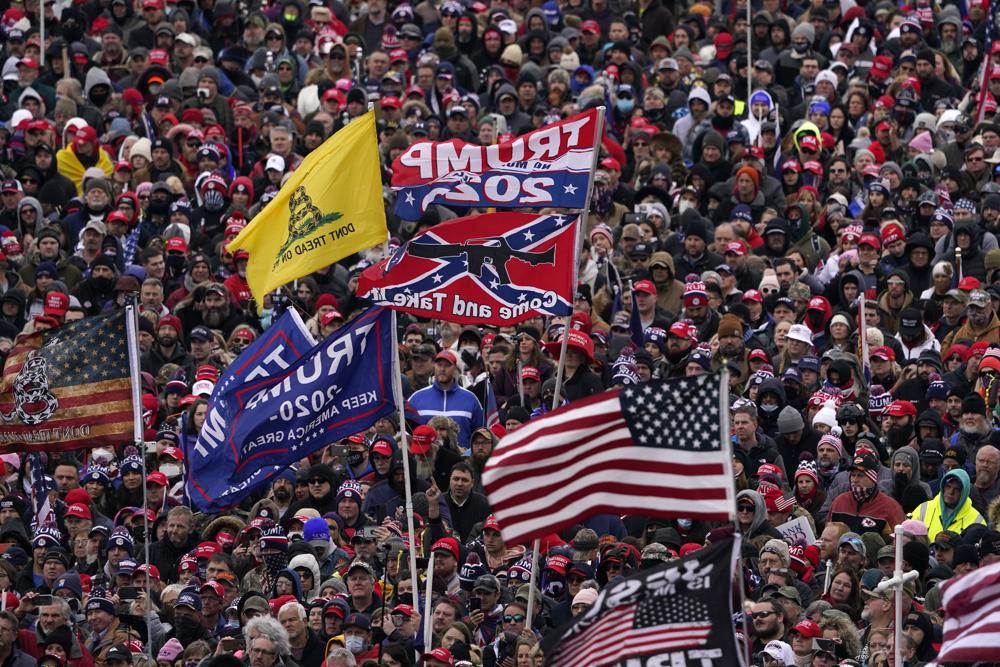 The men are being prosecuted in Washington, DC, federal court.

Three more Florida men, one with connections to a rightwing extremist group, have been arrested on charges related to storming the U.S. Capitol during the insurrection of Jan. 6, 2021, officials said.

Alan Fischer III, 28, of Tampa; Zachary Johnson, 33, of St. Petersburg; and Dion Rajewski, 61, of Largo; were arrested Thursday and charged with civil disorder, according to federal court records. Fischer and Rajewski are additionally charged with assaulting, resisting or impeding certain officers with a dangerous weapon.

The men are being prosecuted in Washington, DC, federal court.

According to a criminal complaint, Fischer marched to the Capitol with members of the Proud Boys, a group that describes itself as a “pro-Western fraternal organization for men who refuse to apologize for creating the modern world; aka Western Chauvinists.”

Fischer was part of a group that confronted law enforcement at an arched entrance to a passageway into the building, officials said. The group collectively pushed against officers, at times rocking together in a coordinated way, to gain entry to the interior of the building, authorities said. Fischer later moved to the west front of the Capitol, where he threw chairs, an orange traffic cone and a pole toward officers, prosecutors said.

Johnson and Rajewski are accused of possessing pepper spray, and Johnson is accused of aiding and abetting its use against officers. Johnson also was carrying a sledgehammer, officials said.

Online records didn’t list attorneys for any of the men.

nextWinner and Loser of the Week in Florida politics — Week of 1.9.22