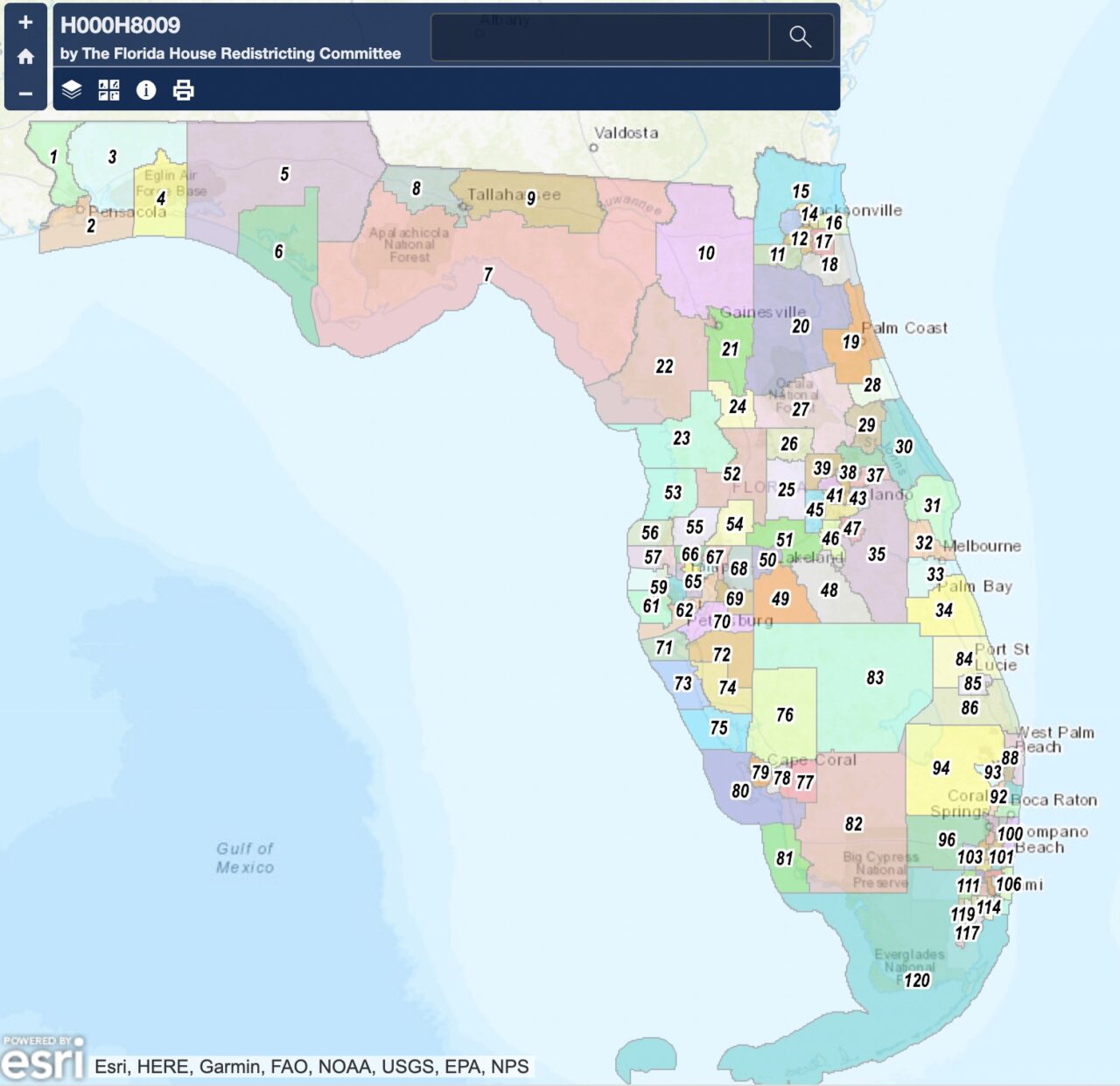 The new drafts calm some anxieties, enflames others.

The map (H 8009) seems in many places to settle draft disputes in regions where two choices had been laid out before.

For example, prior maps disagreed about how to draft House Districts 1 and 2. One map (H 8005) stacked HD 1 to cover the northwestern-most portion of Florida, with HD 2 located almost completely to its south until hitting the coast. But the other (H 8007) imagined an HD 1 that included all the low-density areas of the western-most district in the Panhandle but encompassed a more dense HD 2.

The new map goes with the H 8005 configuration.

Meanwhile, the H 8005 map imagined a House District 7 that covered a portion of the Panhandle from Gulf County north almost to the Georgia border and east to the Wakulla-Jefferson county line. But the new draft favors the cartography of H 8007, which imagined a more expansive district — but in some places, more shallow district — that runs from Gulf all the way to the Dixie-Gilchrist county line.

Similar choices end up made throughout the new map. In Southwest Florida, the draft settles on the H 8007 configuration that divides much of Sarasota County vertically, tossing aside another proposal that appeared more east-west aligned.

Of course, many of these maps bring political consequences for members of the House. This map puts Rep. Tommy Gregory, a Sarasota Republican, in the same district as Rep. James Buchanan, a Venice Republican, as just one example. Neither has expressed an interest in moving.

But in some cases, the maps introduce new configurations entirely. The eastern land border for proposed House District 79, for example, now stops at the Cape Coral line. In that case, it means Rep. Spencer Roach, a North Myers Republican, no longer shares a district with Rep. Mike Giallombardo, a Cape Coral Republican, unlike both prior drafts.