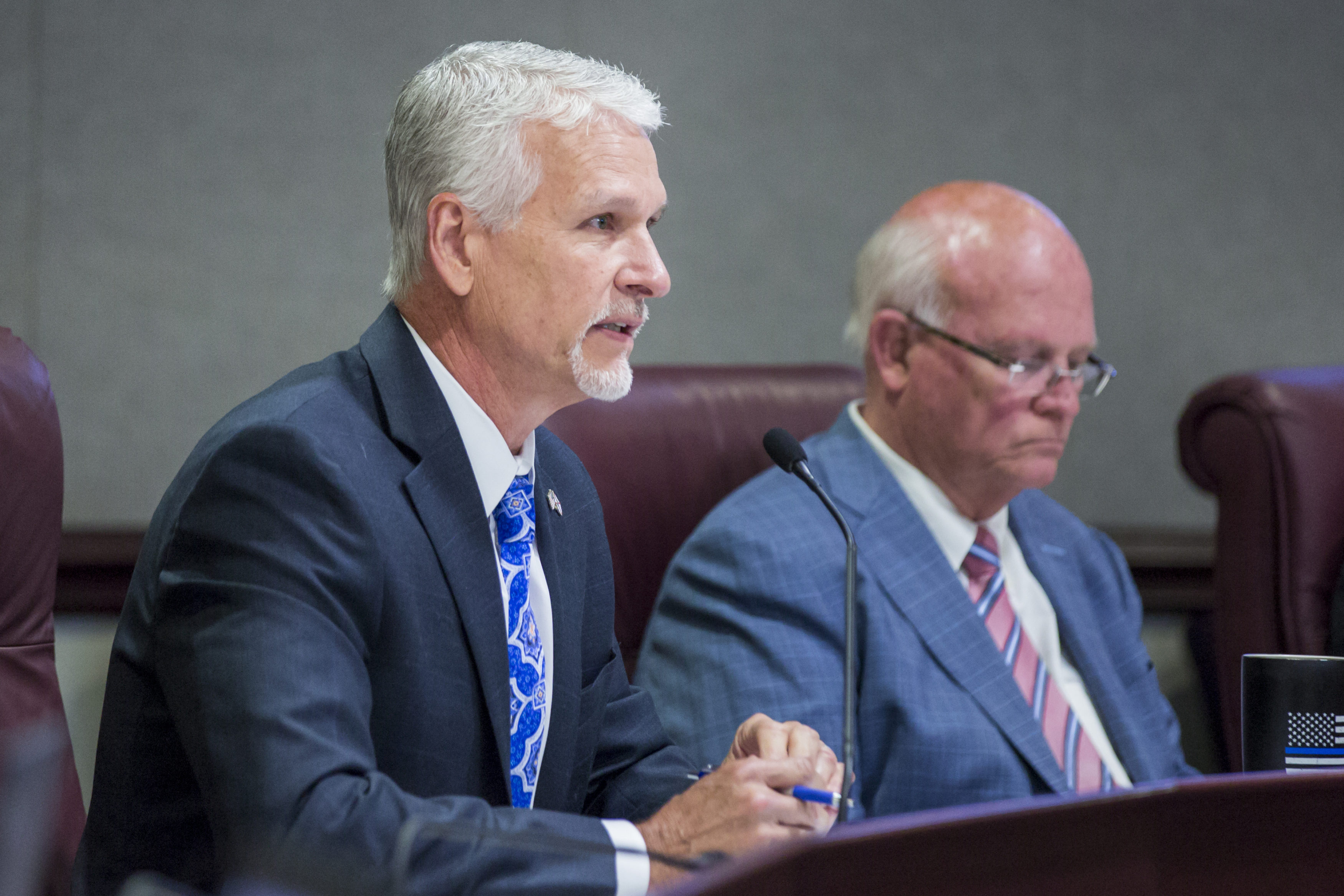 Republican Sens. Dennis Baxley and Keith Perry have reached a deal to avoid a primary showdown over the Senate’s reimagined Senate District 9 seat.

With Senate district maps all but settled, some incumbent senators have held conversations on where to seek re-election. Baxley and Perry, who both live in the planned SD 9, are among a number of sitting senators who will have to make a tough decision for re-election.

Baxley, whose current district consists of the southern half of Marion County, northern Lake County and all of Sumter County, will establish residence in Lake Mary so he can run in the proposed Senate District 13. The new SD 13 would consist of Lake County and western Orange County.

The Senate voted 34-3 Thursday to approve a new map (S 8058) for the state’s 40 Senate districts. While the maps aren’t final and must still go to the House for approval, the House has historically deferred to the Senate to draw Senate maps, and vice versa.

If the draft holds, and the pair win re-election following their current plan, Perry would lose Putnam and northern Alachua counties and pick up Levy County. The Senator told Florida Politics he considers all of Alachua County his home.

“It’s my last couple of years, so certainly I gave some thought about it and wanted to make sure I was committed to run and we’ve made that decision, myself and my family,” Perry said.

New issues Perry might have to look at in Levy County and even western Marion County include the horse industry, agriculture and water quality.

“Whether it’s clams and raising clams and aquaculture, that’s a big deal over there,” he said.

In the proposed SD 9, 56% of voters chose Gov. Ron DeSantis in 2018 and 58% went for former-President Donald Trump in 2020, according to a performance analysis from MCI Maps. Perry said the district would be pretty favorable.

By comparison, Baxley would lose Sumter and part of Marion County, including his current residence on the outskirts of Ocala. In its place, he’d represent the remainder of Lake County and western Orange County, making his new district more urban.

“I feel like everything between Orlando and Gainesville, we’ve got to kind of figure out what we are as a region, and how we’re going to fit against the cities and as we become bigger metropolises ourselves,” Baxley said.

In western Orange County, the district would extend to include Disney World.

The proposed SD 13 has seen a similar vote split to the new SD 9 in recent years. In 2018, 56% of voters preferred DeSantis, while 57% chose Trump in 2020, according MCI Maps’ performance analysis.

It wouldn’t be the first time Baxley has moved residences to gun for a redrawn district. He served in the House between 2000 and 2007 and again from 2010 to 2016 before joining the Senate in 2016. In total, this is his fourth redistricting cycle.

Perry also moved from the House to the Senate in 2016.

Because both SD 9 and SD 13 are odd-numbered districts, there will be elections in 2024. Both Baxley and Perry would hit their 8-year term limits that year and not be eligible to run for re-election.

Baxley and Perry’s situation is part of a broader realignment around Central Florida, spurred by growth along the I-4 corridor. Senate cartographers have also attempted to make the districts, such as one belonging to neighboring Fleming Island Republican Sen. Jennifer Bradley, more condensed.

Further south, the maps also place Democratic Sens. Lori Berman and Tina Polsky in the same district, but Polsky previously announced she will run in the neighboring proposed Senate District 30, which includes her home base of Boca Raton.

But many speculate Sen. Gary Farmer, a Lighthouse Point Democrat, may as well. The proposed Senate map shows Farmer sharing a district with Miami-Dade Sen. Jason Pizzo, also a Democrat.

Both Baxley and Perry said they have not been involved in the map-drawing process and have not attempted to influence the maps.