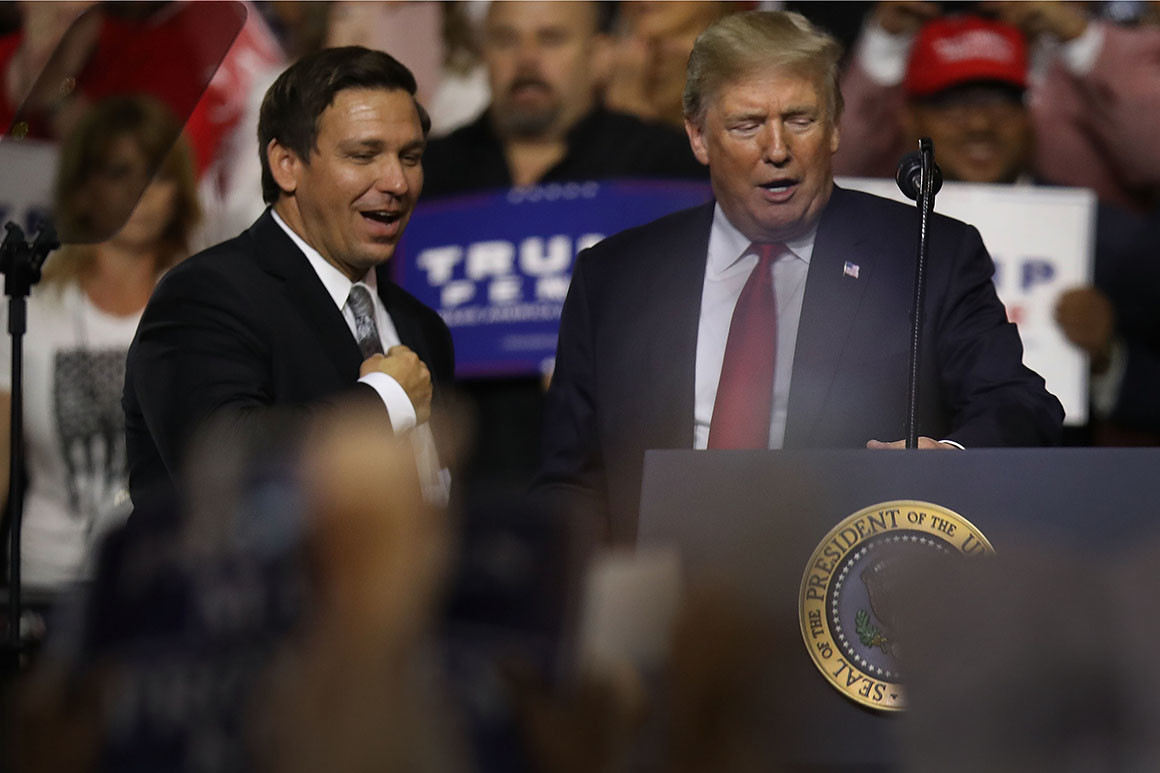 A new Harvard/Harris poll commissioned by The Hill is building on other surveys showing Donald Trump is the favorite if the 2024 Republican presidential Primary was held right now.

The poll showed Trump with 57% support, well ahead of Gov. Ron DeSantis at 12% and former Vice President Mike Pence at 11%.

Without Trump in the field, however, DeSantis is the favorite. DeSantis received 30% to Pence’s 24% and Sen. Ted Cruz’s 14%.

The Harvard/Harris Poll has been more favorable to Trump and Pence and less favorable to DeSantis than some other surveys of the thus far hypothetical race.

The November iteration found Trump nearly 60 points above Pence and DeSantis, with the former Vice President in second place in a field including the former President. With Trump excluded, DeSantis was the choice of 30% of likely voters, with Pence at 25%.

The fresh polling was released after a period of extended scrutiny of the dynamic between the former President and the Florida Governor.

“It’s totally fake news,” Trump said on Hannity last week, responding to reports of friction. “I think Ron said it last week, he said it very publicly, ‘The press is never going to get in the middle of my friendship with Donald Trump. We’re not going to do that stuff.’”

“I have a very good relationship with Ron,” Trump added. “And intend to have it for a long time.”

Trump’s comments came in the wake of widely reported tension between the two, including claims it would be “too much to ask” for DeSantis to preemptively endorse another Trump term in 2024, while he lamented a “dull” DeSantis.

Trump has said that DeSantis would never run against him, and that if the Governor did, Trump would win by “a lot.”

For his part, the Governor is trying to avoid giving engaging quotes on the matter.

“Don’t take the bait, and just kind of keep on keeping on. We need everybody united for a big red wave in 2022,” DeSantis said earlier this month on the Ruthless podcast.

Notes on the poll from The Hill: “The survey of 1,815 registered voters was conducted from Jan. 19-20. It is a collaboration of the Center for American Political Studies at Harvard University and the Harris Poll. It was an online sample drawn from the Harris Panel and weighted to reflect known demographics.”