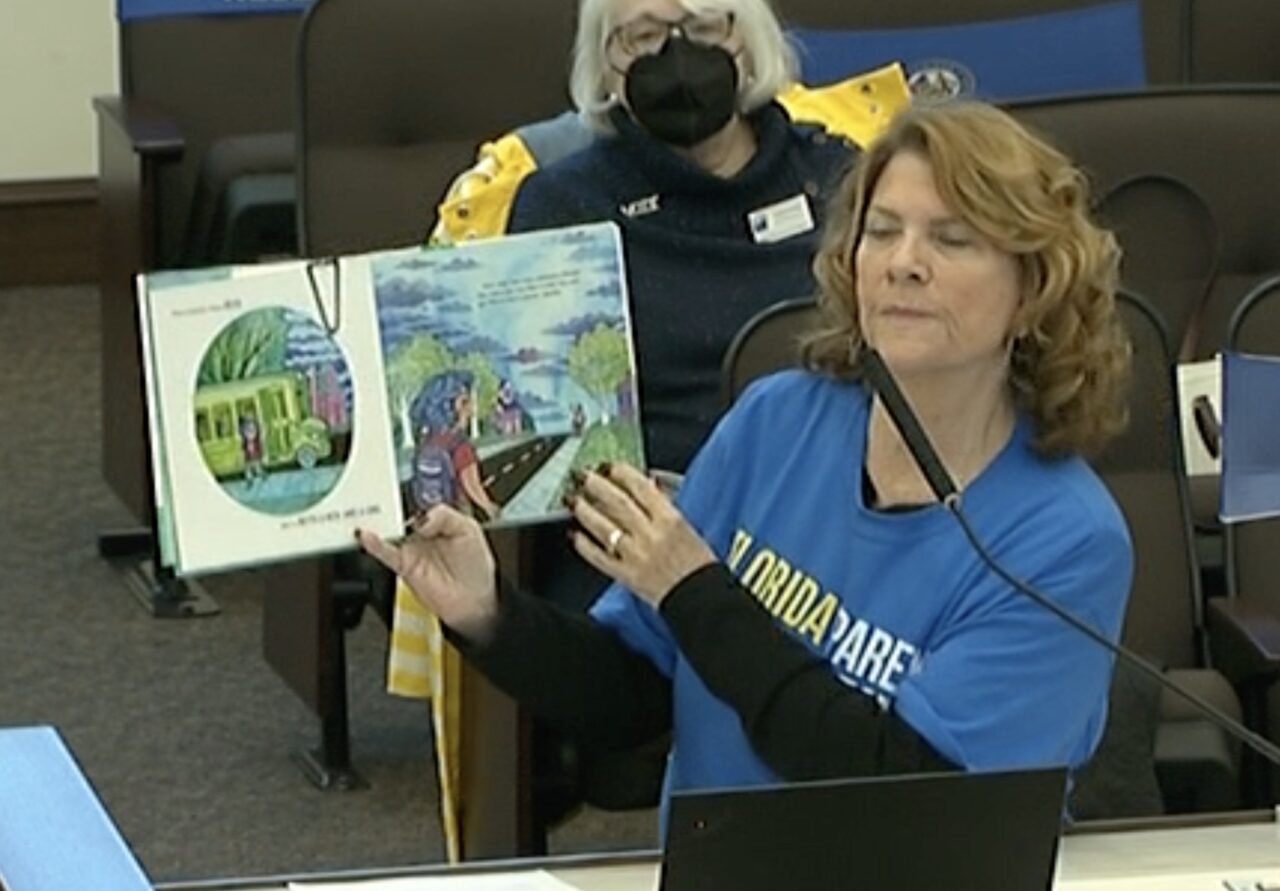 Gruters said the bill is about transparency, not censorship.

The Senate Education Committee changed a bill about parents yelling at school board members to one about objecting to library books with LGBTQ characters. It advanced on a party-line vote.

The amended legislation (SB 1300) also would require School Board members be paid similarly to state lawmakers.

Sen. Joe Gruters, the Senate Education Committee chair, said that’s a compromise position considering the House has legislation demanding school board members be unpaid. He noted 61% of school boards are made up of volunteers, and most of the remaining pay $5,000 or less.

But much of the public comment in the committee meeting centered on a debate about instructional materials. The legislation, if it becomes law, would mandate a review process overseen by a certified media professional, with a requirement school district superintendents must certify to the state Department of Education by the end of March each year that all teaching materials align with state standards. Any type of review for instruction set up by districts (or consortiums of districts) must include parents of children within the public schools.

“The purpose of this bill is about transparency,” he said, “not to censor anything.”

But emotional public testimony came from several parents who want certain books out of schools. Several speakers, most from Palm Beach or Broward County, arrived at the meeting in blue T-shirts with the words “Florida Parents Know Best” in large type.

She claimed one student taking a sex-ed class was instructed on sexual foreplay, and that schools had classes on performing oral sex.

She read from the children’s book “It Feels Good To Be Yourself” by Theresa Thorn, which is about children with a variety of gender identifies. Moran claimed that would lead to gender confusion.

Brenda Fam, a pro bono Broward County lawyer, said she represented parents upset with content in schools. She claimed one boy came home from school traumatized and believed he would be required to marry another man when he grows up after seeing a video about same-sex marriage laws. She said the school got around any prohibition on objectionable material by saying the video was shown as entertainment. She acknowledged this happened at a charter school, and the legislation would not impact those schools.

The assertions about such content in schools upset several senators on the committee.

“There was no book that I read that brought me to who I am,” said Sen. Shevrin Jones, a Miami Gardens Democrat and Florida’s first openly gay Senator. “Even your children: I don’t care what you may try to do to think you are protecting them. The one thing you are obligated to do, like my mother and father did, is to love them for who they are.”

Sen. Lori Berman, a Delray Beach Democrat, pressed Gruters on whether the legislation as written would allow parents to get books taken out of school library stacks. Gruters said it would put into law a process where parents could bring concerns to principals, and if principals agreed, materials would be removed. Absent that, parents could appeal the decision to the School Board level, and if still unhappy with results, could go to the Department of Education.

Gruters used the example that the Jewish American Senator could object to Adolph Hitler‘s “Mein Kampf” being in a library’s inventory and said the process for objecting would be the same.

Districts are responsible under the bill to make sure library media content also serves an educational purpose and meets state standards.

A process for parents to object to materials in schools must be established with every school board. The bill sets up a process by which parents can petition against inclusion of material within 30 days of its adoption.

Notably, the bill was originally filed with text to require school boards give three minutes to speakers at public meetings to air grievances, with a requirement the speech be allowed even if it contains criticism of individual board members. An amendment stripped that language out, and Gruters said it won’t come back.

Republicans favoring the bill defended the further involvement of parents in education.

He said leaving parents’ point of view out of instructional materials effectively silences their voices regarding how to raise their own children.

But Sen. Tina Polsky, a Boca Raton Democrat, said parents who can’t handle exposure to inclusive ideas have a simple solution — take their children out of public schools.

“Don’t go,” she said. “If (you) want them insulated so much they don’t learn about the outside world, you can home-school or go to religious schools with voucher money. We have made that widely available.”