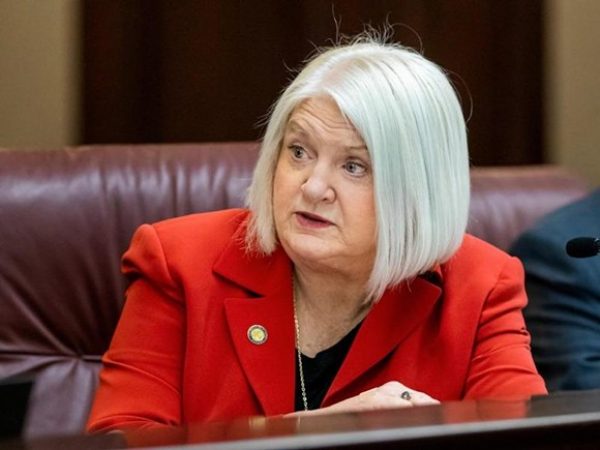 'I was very intoxicated by then and I did not understand what was about to happen.'

A bill redefining “mental incapacitation” — seeking to make it rape if someone has sex with someone who is too drunk or stoned to know what is happening regardless of how they got that way — got through a Senate committee Tuesday.

The 9-0 vote, though, did not appear to reflect universal strong backing on the committee, even after witnesses who had been victimized in such incidents gave graphic descriptions and expressed their horror that, under Florida’s current laws, what happened to them did not amount to rape.

“It happened at a party after I took a few flaming shots. I was young and it was my first time (drinking) hard liquor. I remember sitting in a room with five guys around me and hearing them discuss who would get to go first and who would get ‘sloppy seconds.’ I was very intoxicated by then and I did not understand what was about to happen,” Duesterhaus said. “One by one, those men took turns sexually assaulting me.”

Florida law makes the act a sexual battery only if the men provided her with the drinks or with drugs, which they did not, because they claimed she had given her consent. Even though Deusterhaus was incapacitated, “It doesn’t matter, because I willingly drank those shots,” she said.

“Through my work with three Florida county sexual assault teams, and in speaking out about my own experience on social media, I have heard from too many others who also (were) raped while voluntarily incapacitated,” she said.

SB 868 would change the definition of “mentally incapacitated,” to mean temporarily incapable of appraising or controlling a person’s own conduct due to the influence of a narcotic, an anesthetic, or an intoxicating substance. It would not matter whether the perpetrator provided the substance.

The bill would make such an assault a sexual battery, a first-degree felony.

Two weeks ago the bill cleared the Senate Judiciary Committee. It still has a Senate Rules Committee stop.

On Tuesday, the only discussion approaching debate came from Republican Sen. Jeff Brandes of St. Petersburg, later lightly supported by Democratic Sen. Jason Pizzo of Miami, the committee’s Chair. Both expressed some concern about whether the bill should be elevating the crime to the level of a first-degree felony. Though Brandes expressed concern about whether that would be an effective deterrent, Pizzo argued that deterrence is not the issue, punishment is.

Both said they would like to see discussions with Stewart and revisions as the bill moves along.

“I do think, objectively, it’s far more egregious to give someone a ‘roofie’ and knock them out than it is to come upon somebody that, ‘you’re not sure,'” Pizzo said.

“I want you to tell me why this (first-degree felony) works, versus other mechanisms that can be tried,” Brandes said.

Stewart assured him she would do so.

“This is a very necessary bill and it one that closes a loophole. And you cannot rape anyone. And that is male or female. You cannot rape anybody just because you didn’t give them the alcohol or the drug, and that’s really what this bill is for,” Stewart said.

Among men on the committee, it was left to Republican Sen. Dennis Baxley of Lady Lake to voice unambiguous support for the proposal.

“To say that it (a first-degree felony charge) has no deterrent, or to imply that: No. 1, If someone is arrested and they’re in prison, they’re not doing that again tonight,” Baxley said. “Every day they’re in prison is a day they won’t be a threat on the street.

“The other deterrent factor that probably is unmeasurable, is how many other young men — and women — saw that and said, ‘Whoa! This is serious,'” Baxley added.