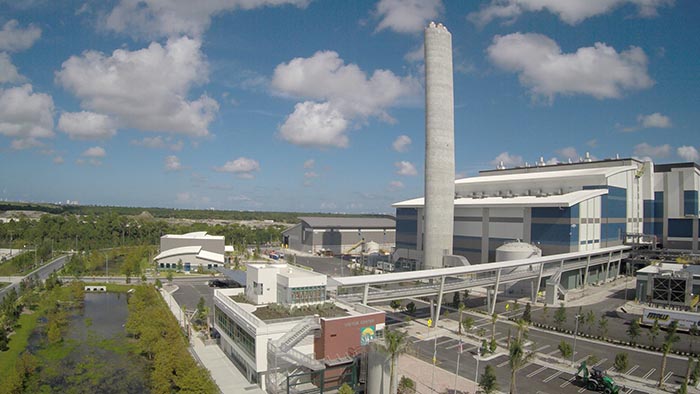 The facilities can reduce the amount of material otherwise buried in landfills by about 87%.

A Senate bill seeking to incentivize the use of solid waste-to-energy facilities unanimously cleared its first committee Tuesday afternoon.

The proposal (SB 1764), filed by Wauchula Republican Sen. Ben Albritton, would create a program that encourages municipalities to establish solid waste-to-energy facilities. The bill appropriates $100 million in recurring funds for the program.

“This bill actually is very simple — it has two goals,” Albritton said when presenting the bill to the Senate Regulated Industries Committee. “No. 1, to reduce the amount of storage of solid waste in our landfills, and two, be able, through that, (to) take that solid waste and create energy with it and have that to be a significant presence in the energy creation state of Florida.”

The program would be housed by the Department of Agriculture and Consumer Services and provide financial assistance via a grant program and an incentive grant program to municipal solid waste-to-energy facilities.

In addition to creating energy, the facilities also act as a waste management option, reducing the amount of material otherwise buried in landfills by about 87%, according to a legislative analysis of the bill.

Florida has the largest solid waste burn capacity in the country, according to the analysis. The state currently operates 10 solid waste-to-energy facilities, concentrated in Florida’s most-populated counties.

Joe Kilsheimer, executive director of the Florida Waste to Energy Coalition, spoke in support of the legislation.

“If you add up the populations of the communities where waste-to-energy is the dominant method of solid waste disposal, that comes to nearly 48% of Florida’s population. And if you add up their economies, it’s more than half of the entire state economy. That makes waste-to-energy critical infrastructure for Florida,” Kilsheimer said. “The incentive program proposed in SB 1764 would give Florida’s waste energy communities firm financial footing on which to base their planning for the future of solid waste disposal in their communities.”

The Senate bill now has two more committees to clear before it can be heard by the full chamber. An identical House bill (HB 1419) was filed by Rep. Amber Mariano, but it has yet to be heard in committee.

previousFloating solar arrays could come to some manmade waterways in Florida