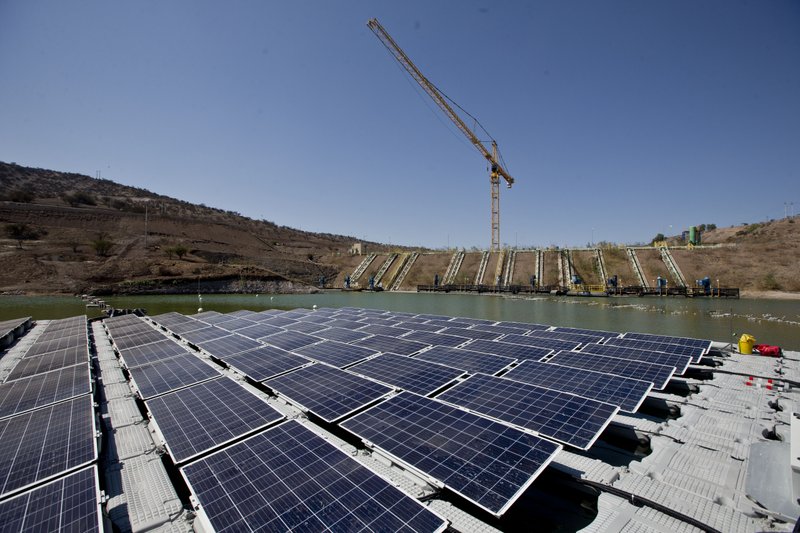 Solar energy arrays throughout Florida may expand to aquatic settings thanks to twin proposals moving through the Legislature.

On Tuesday, members of the House Tourism, Infrastructure & Energy Subcommittee unanimously OK’d one of the proposals (HB 1411) by Republican Rep. Bryan Ávila of Miami Springs.

The bill, an identical companion to legislation Republican Sen. Manny Díaz Jr. of Miami filed in December, would direct the state Office of Energy to develop and submit to the Legislature recommendations for a regulatory framework for private- and public-sector entities to develop and operate floating solar-power facilities.

The recommendations and framework would be due by Dec. 31.

“Floating solar is a relatively new concept that refers to any type of solar array that floats atop a body of water,” Ávila said in presenting his bill. “Florida has been a leader in encouraging the use of, and promoting the development of, renewable energy. I am proud to introduce legislation that intends to continue to build on our efforts to harness energy throughout Florida in a new and innovative way.”

Sometimes referred to using the portmanteau “floatovoltaic,” the floating photovoltaic facilities would only be permitted atop manmade water storage reservoirs, including wastewater treatment ponds and abandoned lime rock quarries.

No floating solar facilities would be permitted in the Lake Belt area — a roughly 89-square-mile region in northwest Miami-Dade County whose wetlands provide a buffer protecting the Everglades — or any Everglades reservoir project if local governments say it will negatively impact the area or project.

The bill currently would permit only counties to adopt ordinances specifying “buffer and landscaping requirements” for the facilities. Asked by Democratic Rep. Emily Slosberg-King of Boca Raton whether he would be open to amending his bill to extend the same powers to municipalities, Ávila said yes, adding he had just met with the Florida League of Cities to discuss the matter.

The item’s sponsor, Miami-Dade Mayor Daniella Levine Cava, then a County Commissioner, said the county was “uniquely positioned to take advantage of floating solar technologies” due to its “significant number of artificial lakes.”

Floating solar power plants are already being used in Asia, which is home to the 10 largest facilities on the planet. But they’ve also grown increasingly popular stateside since the 2008 construction of 1,000 pontoon-mounted panels in California’s Napa Valley — the first nonexperimental floating solar array.

According to the U.S. Department of Energy’s National Renewable Energy Laboratory, installing solar facilities on water bodies identified as suitable for the technology could produce 10% of current national power generation.

Díaz’s bill, which was referred to the Regulated Industries, Community Affairs and Rules committees, has not yet been heard.