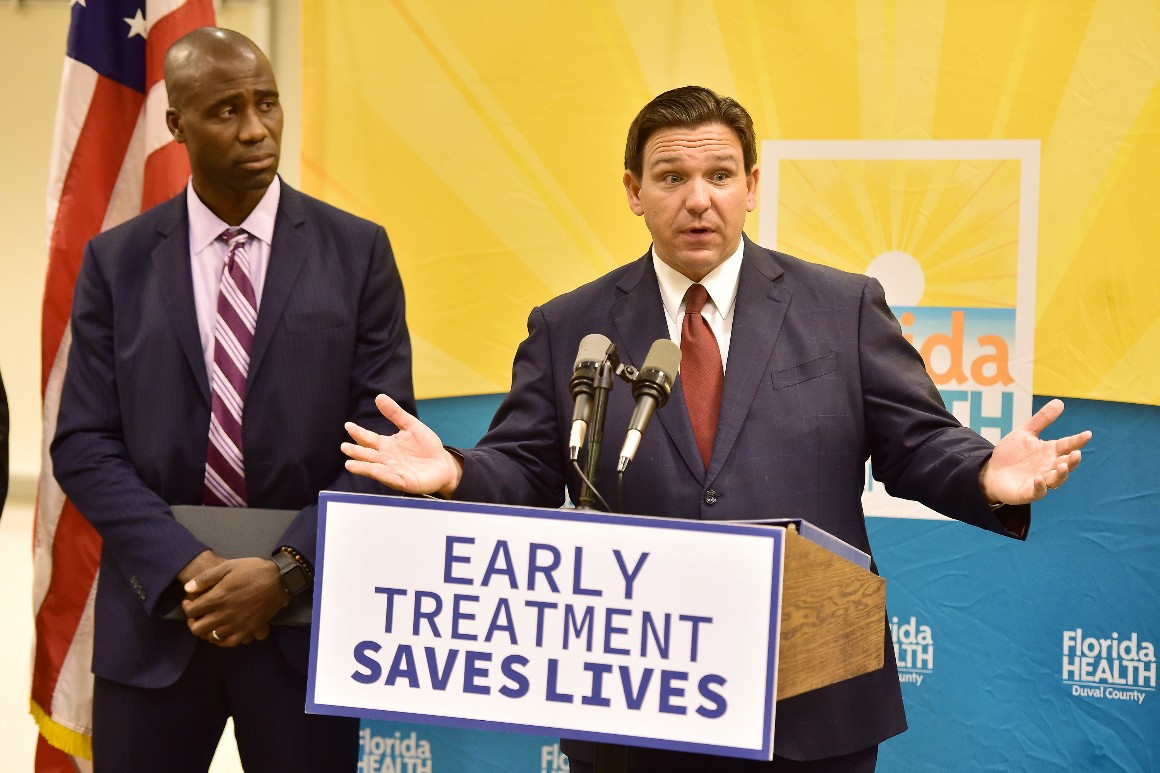 The Democratic National Committee (DNC) is weighing in on the flap between Gov. Ron DeSantis and the federal government over the feds’ decision to halt the use of monoclonal antibody treatments for COVID-19.

“DeSantis has spent nearly two years putting politics above his constituents’ lives by pursuing policies that have prolonged the pandemic and allowed it to spiral out of control in his state,” asserted DNC spokesperson Adonna Biel.

“Now he’s throwing a temper tantrum over a COVID treatment that even the drug makers themselves confirm is ineffective against the omicron variant, which now makes up at least 99% of new cases nationwide. Instead of advocating for vaccines and boosters that will keep his constituents safe, DeSantis has declared war on science, and it’s Floridians who will pay the price,” Biel added.

Earlier in the day, Psaki projected her own umbrage on the Governor’s “crazy” position.

“Let’s just take a step back here just to realize how crazy this is,” Psaki said during a press briefing. “These treatments, the ones that they are fighting over, that the Governor’s fighting over, do not work against omicron and they have side effects. That is what the scientists are saying.”

“We have sent [Florida] 71,000 doses of treatments that are effective against omicron, and also effective against delta. And they are still advocating for treatments that don’t work. We have seen, unfortunately from the beginning, unfortunately from the mouths of elected officials, people advocating for things that don’t work,” Psaki added.

Though Psaki claims to have offered Florida everything it needs, DeSantis had a different take Tuesday in Crawfordville, where he addressed the matter at a press conference.

DeSantis suggested the monoclonal moratorium was driven by a failure to “stockpile” the treatment by the federal government.

“I think part of it is they don’t have enough treatments to go around,” DeSantis said.

DeSantis vowed to “fight back” against the White House, but when asked how he might do that, he said little that could be taken as concrete.

nextSunburn — The morning read of what’s hot in Florida politics — 1.26.22