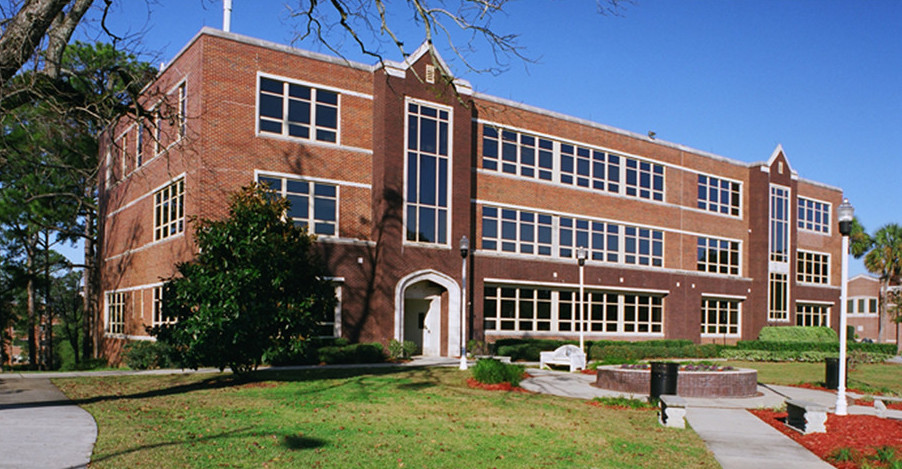 Eight FSU faculty members and graduate assistants who worked on the Sandels Building's fourth floor have gotten cancer diagnoses since 2012.

A new report compiled by four Florida State University faculty members detailed black mold and other health hazards in a university building. And eight people who worked on one of the building’s floors were diagnosed with cancer in the past 10 years.

The report, which was obtained by Florida Politics from an anonymous university employee, was made by professors in FSU’s College of Health and Human Sciences and was sent to FSU President Richard McCullough on Friday. The report includes a list of 54 members of the college’s faculty and staff that acknowledged they read the report and fully support its contents. FSU spokesperson Amy Farnum-Patronis confirmed the document’s authenticity.

The 129-page report includes a compilation of emails, statements, photos and testing results detailing issues with air quality, high radon levels, possible chemical exposure and a “cancer cluster” on the fourth floor of FSU’s Sandels Building. The report says eight faculty and graduate assistants who worked on the floor have received cancer diagnoses since 2012. Three of them died.

Details in the report include complaints about air quality and “black specks” covering surfaces in the building dating back as far as the 2000s and continuing through this year. Two tests in 2009 and 2021 (one paid for by the university, the other out of the college’s pocket) conducted by outside companies confirmed that black mold and other mold types were in the air of the building.

Included in the report was a Jan. 19 email from Health and Human Sciences Dean Michael Delp announcing the immediate cessation of teaching and research activities in the building until Feb. 1 pending further air testing.

“I am very sorry for this short notice and inconvenience, but we want to make sure that the work environment is safe for everyone,” Delp said.

FSU Provost Jim Clark said the building will be closed until further notice in an email to university faculty, staff and students Monday. He said the university’s facilities team has contracted outside experts to conduct a “thorough environmental review” of the building, including a comprehensive measurement of radon levels.

The faculty report noted they will report the incidents to OSHA and request an independent investigation.

“The faculty are disappointed that their repeated requests over the past twenty years have not been taken seriously enough to take action that may have saved lives and prevented serious diseases,” the report read.

Complaints about black particles have come from faculty since the early 2000s, according to the report.

Two now-retired faculty members, Doris Abood and Yun-Hwa Hsieh, among others, reported to FSU’s Department of Environmental Health and Safety (EH&S) on several occasions that significant amounts of black particles were on benches in the Sandels building lab and offices. In 2016, Hsieh was diagnosed with four malignant mucosal melanomas, a rare type of internal melanoma with risk factors that include chemical irritants and inhaling environmental carcinogens.

An air quality assessment and cleaning of the ventilation system in 2009 conducted by a company called Rejuvinair found high levels of Stachybotrys (black mold) and other mold types on the building’s HVAC coils. Rejuvinair’s report said the buildup of the mold and other particles could lead to “poor air quality and the potential for occupant illness due to inhalation and respiration of these particles”.

The black mold issue did not end then.

According to the report, several employees with allergies and autoimmune issues working in the building reported their conditions improved when working remotely during the COVID-19 pandemic. When employees returned, complaints about the black specks and respiratory issues continued.

Dean Delp and the college submitted another report to FSU EH&S about the black specks in May 2021. The university agreed to fund cleaning, but EH&S Assistant Director Laymon Gray said the department would not have the black particles tested, according to the report. The College therefore funded its own independent evaluation of the air quality, performed by AIRMD, last summer.

AIRMD identified higher-than-normal levels of a fungus present in mold in the air. They also concluded the black specks were a result of 50 years of dust and dirt accumulation in the air ducts likely containing the same fungus.

One of the rooms with the highest amounts of fungus was the former laboratory of Shridhar Sathe, who died of bile duct cancer in 2019, according to the report. Kar Wai Clara Tao, Sathe’s former graduate student, died of gallbladder cancer in 2018.

The university commenced cleaning the building’s ventilation in September, but it is still not completed, according to the report. Photos included in the report show the black specks on desks, air filters, ceiling panels and other surfaces from the day before cleaning began up to this month.

Gloria Salazar was one of the faculty members who compiled the report. One of the filters in Salazar’s office had not been changed since 2005, before the first test was conducted. It was filled with the black particles.

Safety concerns about the building listed in the report are not limited to the black specks.

Salazar and Qinchun Rao, another faculty member who compiled the report, conducted radon tests in rooms in the building in January 2022. Radon is a tasteless, odorless radioactive gas that is the second-leading cause of lung cancer behind smoking.

The tests found high levels of radon in rooms in the basement and second floors of the building, with ranges of 5.67 to 13.05 picocurries per liter (pCi/L). The EPA recommends taking mitigation actions for radon levels between 2 and 4 pCi/L.

Jeong-Su Kim, the college’s former graduate program director, was diagnosed with stage 4 lung cancer in 2020, according to the report. A professor in Exercise Physiology, the report said, he exercised regularly, never smoked and has no pre-existing conditions or family history of lung cancer. His fourth-floor lab also had one of the highest levels of black particles in its ventilation system.

A chemical hood (a lab device designed to limit exposure to hazardous or toxic materials) in one of the rooms on the fourth floor also regularly accumulated unidentified debris and yellow liquid that would reappear after being cleaned.

The room also had cabinets with flammable and corrosive liquids as well as other chemicals in powder form. Some of the chemicals dated back to 1985, the report said.

While the hood and some of the chemicals were removed in 2021, stains from the yellow liquid remain on the wall of the room. The substance’s contents were never identified.

Aside from the four already mentioned, four more faculty members or graduate students that worked on the fourth floor have been diagnosed with cancer.

“It is alarming that two young women working in the same area were diagnosed with this very rare condition,” the report said of their diagnoses.

Michael Ormsbee, director for the FSU Institute of Sports Sciences and Medicine and one of the authors of the report, joined the department in 2010 and has an office in the Sandels building. He was diagnosed with Duodenal Follicular Lymphoma in 2016 at 36.

Angela Sehgal, program director for Athletic Training Education, joined the department in 2001. She was diagnosed with pre-skin cancer in summer 2021 at 54. She was also diagnosed with asthma, allergies and chronic migraine headaches beginning in 2014. She said her symptoms improved while working remotely during the COVID-19 pandemic.