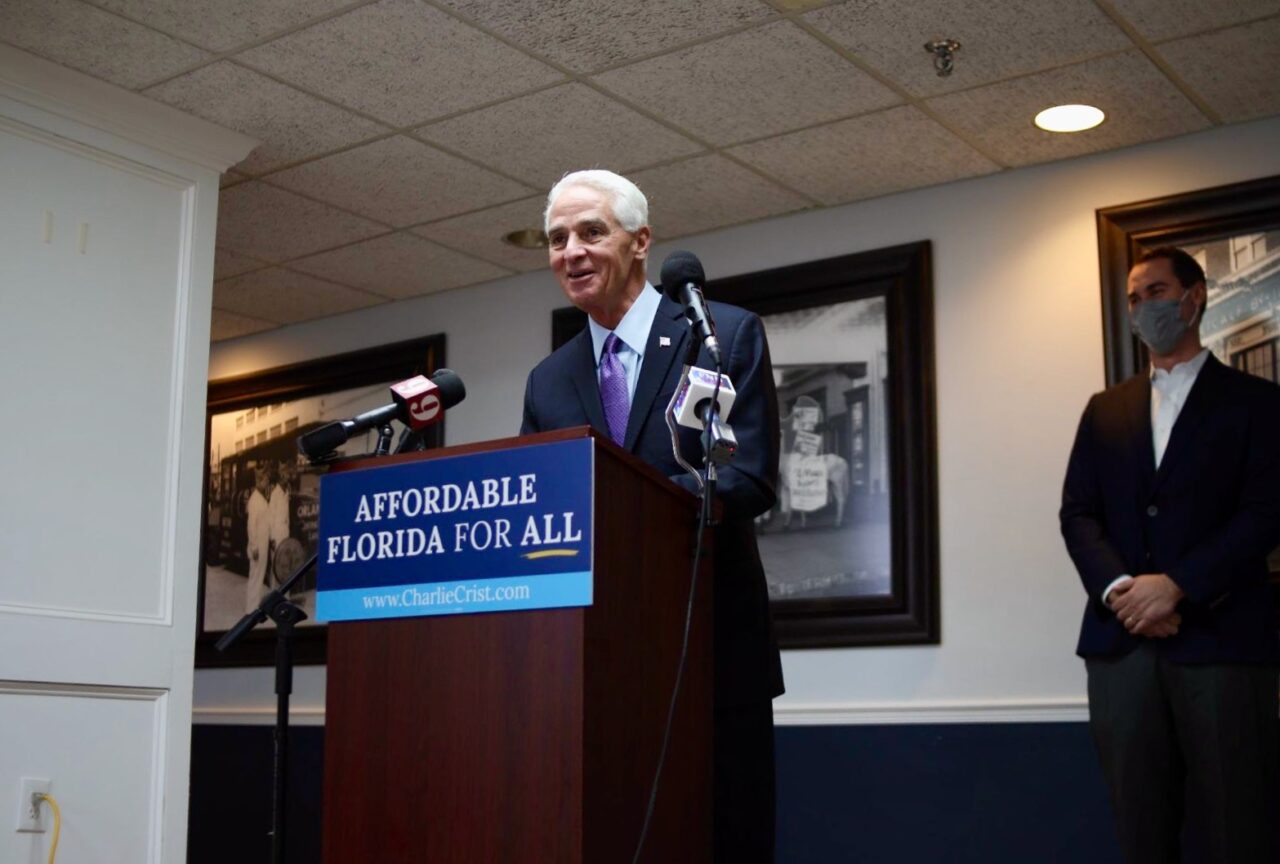 Crist also vowed to appoint a 'housing czar' for Florida.

Democratic gubernatorial candidate Charlie Crist pledged Wednesday to push for full funding of the Sadowski Fund for Affordable Housing — and to seek repeal of the law passed last year that cuts the fund’s available bankroll in half.

The announcement provided part two of Crist’s “Affordable Florida for All” Plan. He first began rolling out his housing proposals Tuesday in Miami, where he pledged to reform the Public Service Commission with the goal of lowering utility costs for residents. He’s planning to announce the third and final component Thursday in Tallahassee.

“Housing here in the Sunshine State is more unaffordable than ever. And Gov. (Ron) DeSantis’ policies, sadly, are only making it worse,” Crist said in Orlando.

“Our housing market prices and rent increases are catching up with places like New York. And guess what? Our wages are not,” Crist said. “Floridians are seeing wages here grow at a slower rate than the national average and it’s no wonder why our own people can’t afford to live in the state.”

Crist charged that DeSantis — together with the Legislature — has annually raided the Sadowski Fund, and last year signed legislation that essentially cut it in half before raiding it. The Legislature has swept much of the money from the enterprise fund — which was set up to provide money to support affordable housing — nearly every year since 2008. That was Crist’s last year in office as a Republican Governor.

He accused DeSantis of ignoring “the reality too many people are living in today.”

He deflected a journalist’s question about whether King, whose company provides affordable housing and senior housing in several states, might be his housing czar.

“I don’t know that I could ever do better,” Crist said.

“Charlie Crist is the only person in this race who understands what an affordable housing crisis we have in Florida,” King said. “It is one of our biggest economic challenges to moving forward and being a great state.”