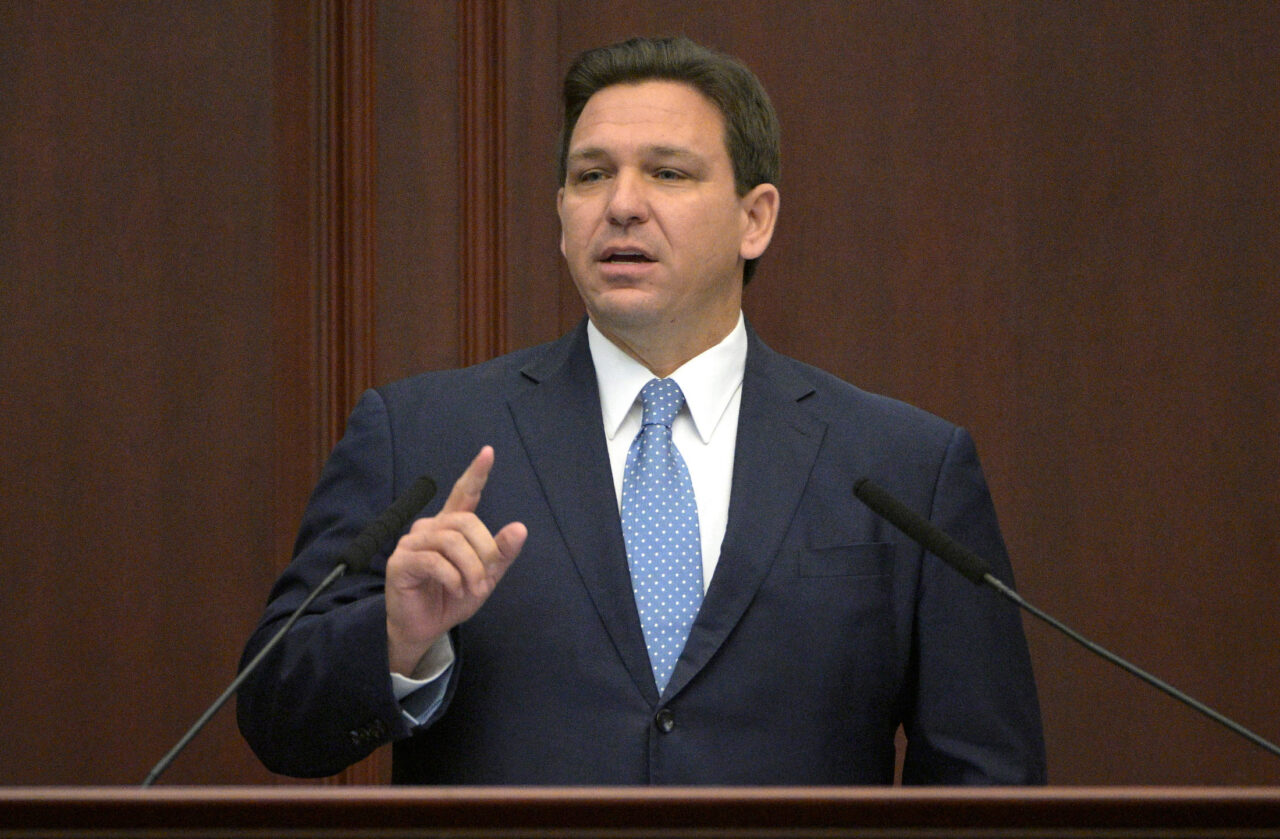 A recent dip in cryptocurrency prices and their overall volatility haven’t led Gov. Ron DeSantis to rethink his support for a pilot program to allow Florida businesses to pay state fees in crypto.

“We always want Florida to be ahead of the curve, and we see the potential for cryptocurrency adoption, so it makes sense to offer the option to pay state fees in cryptocurrency — regardless of how much it fluctuates in an arbitrary time period,” DeSantis spokeswoman Christina Pushaw stated in an email.

Popular cryptocurrencies such as Bitcoin and Ethereum dropped significantly Monday before rallying later in the week, but they remain well below highs reached last fall after months of sliding.

But in his budget recommendations to lawmakers, DeSantis requested $200,000 for the Department of Financial Services to allow businesses to use cryptocurrency for state fees.

Pushaw, though, noted those cryptocurrencies have seen dramatic rises over the last few years as they’ve grown in popularity. Bitcoin was trading at about $5,000 in March 2020. So payments made in Bitcoin then would be worth much more if still held by the state.

Still, the sheer volatility of the currencies isn’t a deterrent, she said, because they will become less volatile as they become more popular.

“Bitcoin and other cryptocurrencies are still relatively new and not widely adopted yet,” Pushaw wrote. “They are still in the price discovery phase, meaning that prices will continue to fluctuate as investors, regulators and users around the world influence supply-and-demand dynamics. Every day, more people around the world start buying and using cryptocurrencies. The more people own and trade an asset, including a cryptocurrency, the higher its market cap goes. The higher an asset’s market cap, the more difficult it becomes for any one investor to move the asset price. So as a general rule: the wider the adoption of cryptocurrencies, the less volatile their prices will become over time.”

Other agencies and the Legislature are also grappling with how to accommodate existing state laws and regulations with the relatively new use of cryptocurrencies.

“This evolution of financial services is not necessarily a bad thing and may be a good thing, but before getting involved with a company or product in the DeFi market, take reasonable steps to understand the risks of this emerging blockchain-based technology and market,” OFR Commissioner Russell Weigel said in a statement accompanying the advisory. “The Office of Financial Regulation is committed to allowing innovation to grow and thrive while protecting Floridians from bad actors, but the best practice is to educate yourself before risking your money.”

The underlying advisory warns consumers to do their own due diligence and “be wary of representations of full transparency and security and understand what the actual risks are.”

“There are no DeFi consumer protections in place. Users may have little recourse should a transaction go wrong, and the parties involved in the transaction could be located anywhere in the world,” the advisory adds.

The OFR advisory, though, wasn’t a warning about cryptocurrencies themselves, something Pushaw emphasized.

“OFR has issued a number of warnings on different types of scams in the past, so it’s not surprising OFR would also issue a warning on possible DeFi scams, given the rising popularity of DeFi among consumers in Florida,” Pushaw wrote. “But DeFi is not the only type of investment/product that OFR has issued a warning to consumers about, and the fact that scams exist in any given industry is not a reason to write off that entire industry as a scam. By that ‘logic,’ nobody would be investing in anything.”

Meanwhile, Florida lawmakers are moving ahead with legislation to define the term “virtual currency” in state law and update statutes to clarify existing regulations regarding the use of cryptocurrency. The Senate Appropriations Subcommittee on Agriculture, Environment, and General Government passed SB 486 Wednesday and its companion bill (HB 273) is headed to a floor vote in the House.

Sen. Jason Brodeur, a Sanford Republican and sponsor of SB 486, acknowledged the volatility of cryptocurrencies carries risk for the state if they accept them as payment.

“That would be the choice of the state as to whether or not they want to bear the risk. I wouldn’t recommend anybody do it. But that’s not contemplated in the bill,” Brodeur said.

Still, he agrees with DeSantis that cryptocurrencies are the wave of the future and the state needs to be prepared.

How much Florida embraces cryptocurrencies is “going to have to revolve around whether or not somebody thinks it’s a customary or usual currency,” he said. “And right now, it’s just not — but it could be.”

Although DeSantis’ pilot program isn’t part of the cryptocurrency bill, lawmakers could opt to insert it in the overall budget. Pushaw said DeSantis hasn’t taken a position on any bill but is “monitoring the process.”

previousChristopher Benjamin will run in HD 107, even if it requires a move