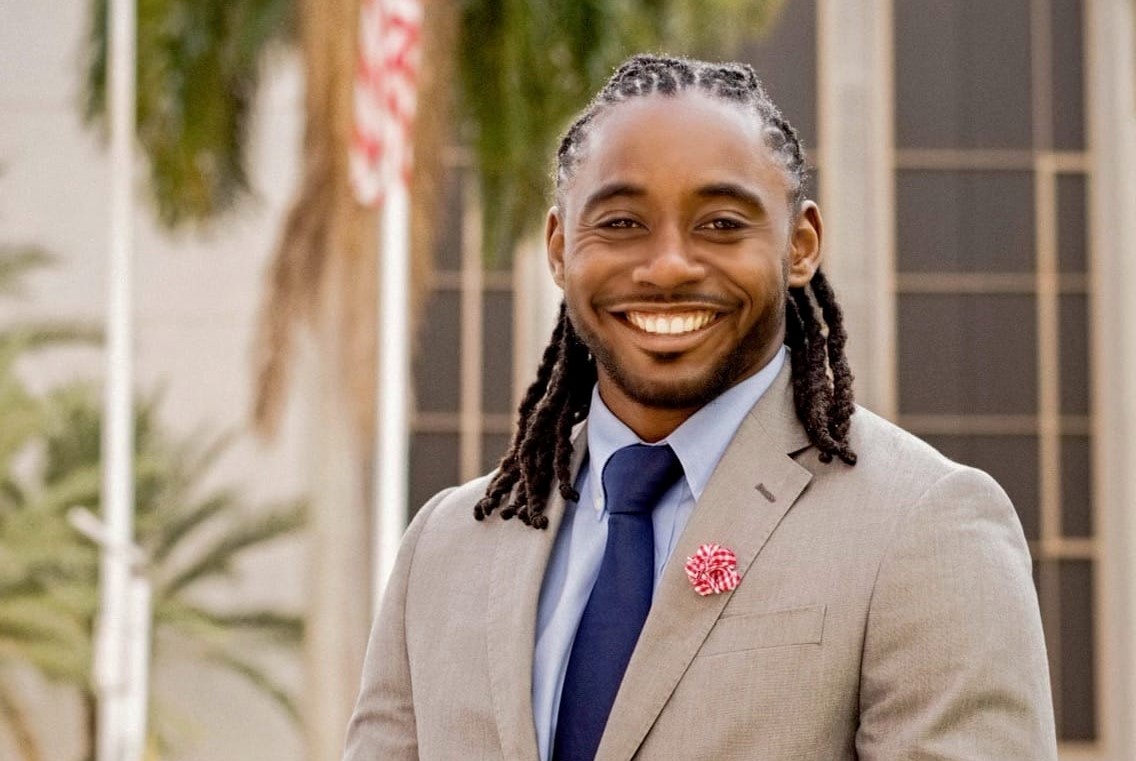 The Secretary of State's office had been mum on whether the Jan. 11 Primary Election win would be enough to get the Rep.-elect seated.

House Democrats will add a 41st member this Legislative Session after all, according to the latest news from the Secretary of State’s office.

Daryl Campbell, elected Jan. 11 to represent House District 94 and succeed former Rep. Bobby DuBose, will be seated next week. This comes after two weeks of questions about when — and whether — it would happen.

“We’re certified to go — I’m thankful for the amount of support that was put into making sure that I get seated,” Campbell said. “I got to see a united front come together, and now we have 175,000 people who will get representation in Tallahassee.”

Campbell, whose district covers parts of Fort Lauderdale, Plantation and Wilton Manors, won 40% of the vote in a four-way Primary Election. No other parties fielded candidates in the race, so the March 8 General Election was rendered moot.

The Sun Sentinel, however, reported Thursday night that Secretary of State Laurel Lee would not certify him as winner of the General Election until March 8 — just days before the last gavel falls on the Session.

Lee’s position set off a storm of outrage. She is an appointee of Gov. Ron DeSantis. And it was his timetable that resulted in an unusual chain of events that had Campbell elected, but possibly unable to serve this Session. Democratic gubernatorial candidates Charlie Crist and Nikki Fried both tweeted about the situation.

Not seating Daryl Campbell, who was elected on Jan. 11th, is outrageous. Send @FLSecofState Laurel Lee a message that this is anti-Democratic and they need to do the right thing.

I used to live in this district. There is no reason it should go the entire legislative session without representation.

It's time to seat Daryl Campbell!https://t.co/WtTm2HzJTk

Early Friday afternoon, the Secretary of State’s office released a statement saying Campbell’s win would be certified Friday, clearing him to serve. The letter was issued, much to the House Democrats’ relief.

“We’re thrilled we were able to work through the confusion with the Secretary of State’s office,” House Democratic Co-Leader Evan Jenne said, calling it a “unique election situation.”  “We are very excited to have Rep. Campbell join us here in Tallahassee to do the people’s business … Broward County residents in the district deserve to have a voice in their state government and now they will.”

Democratic Rep. Michael Gottlieb, head of the Broward County legislative delegation, said he was glad to have a new delegation member aboard. This Session has pivotal issues to be decided, like how districts to elect state and federal lawmakers will be divided up.

“I understand they have given him an office,” Gottlieb said.

The unusual set of circumstances was triggered when U.S. Rep. Alcee Hastings died in office last April. Three state lawmakers, including Rep. DuBose of HD 94, resigned to run for Hastings’ seat in Florida’s 20th Congressional District. The schedule DeSantis announced for electing the resigned lawmakers’ replacements presented the possibility that none of those successors would serve a day in the current Session. That left a swath of residents in Broward and Palm Beach counties unrepresented.

No other parties qualified to run in HD 94, so all registered voters were allowed to vote in what’s known as a “Universal Primary Election.”

And that’s what made Campbell eligible to be certified, said Mallory Morgan, spokeswoman for the Secretary of State’s office, in an email.

“The winner of a Universal Primary is elected to office,” Morgan wrote in an email, citing the statute.

There was no explanation offered for why it was reported Thursday that Campbell would not be certified until March 8.

There are currently 78 Republicans serving in the House, leaving the GOP in firm control of the chamber.

Campbell will face a bid for re-election this year during the normal election cycle.