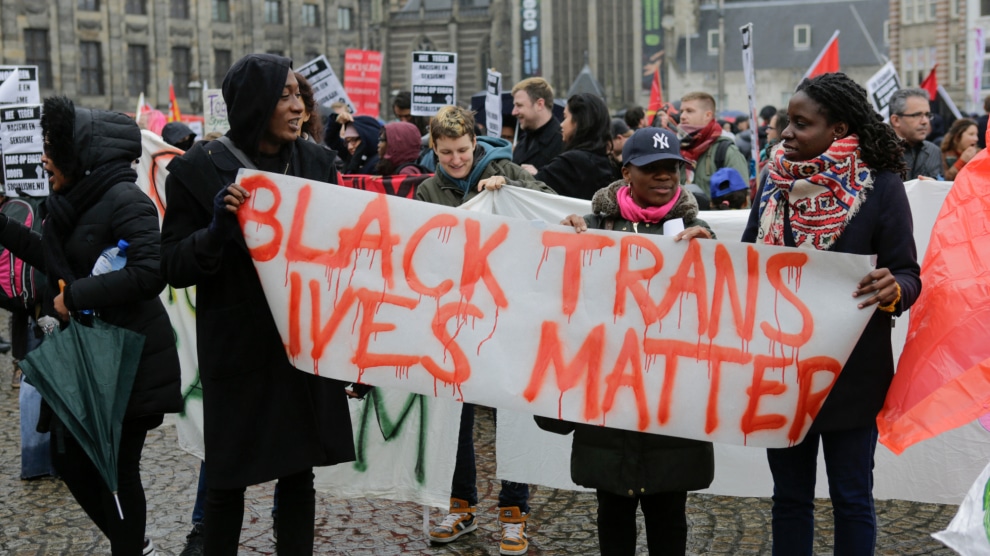 Emily Gray doesn’t need to wait for a bill like HB 7 to pass because she already knows the kind of damage it can do.

“Going to do stuff like sex ed and the physical classes they put in there, it unnecessarily separates trans kids and makes them uncomfortable,” Gray said during a Monday Zoom call. “If you’re a trans girl and then go to a class of cisgender boys and sit there, the amount of ridicule and the amount of just sheer embarrassment that would be put on a child is unimaginable.”

“I know, because I was that child myself before,” Gray said

Gray, a transgender woman from Bay County, who also has a 14-year-old trans child in Florida schools, said with HB 7, situations like that can be more common.

“We’re calling it the Destruction of Florida Education Act,” Lakey Love of the Florida Coalition for Transgender Liberation. “The bill is entitled ‘Individual Freedoms’ under the false notion that somehow discriminating and oppressing people and not allowing students to learn about systemic racism and transphobia would elevate individual freedoms. Of course, only for those that are privileged, white, cisgender and straight people.”

HB 7, sponsored by Miami-Dade Republican Rep. Bryan Avila, is one of Gov. Ron DeSantis’ priority bills. It comes on the heels of last Session’s bills keeping trans girls and women from participating in sports. The bill removes the word “gender” from statutory language and replaces it with the word “sex” in most cases. And it would allow for classes to be separated by sex, not gender, for certain sports and lesson tracts like sexual education.

It also heavily broadens what constitutes discrimination to include things like making someone feel uncomfortable for a discriminatory act committed by a forebearer, no matter how recent or distant. And it replaces the word “ethnicity” with “color.”

That sets up a number of problems, according to the speakers on the call.

One, it’s not scientifically sound. According to a study from the Yale School of Medicine, sex should be used to classify biological characteristics like hormones, chromosomes, and reproductive organs. Whereas gender represents a person’s self representation based on a combination of identity and socially constructed norms.

It’s an even more important distinction, writes Yale Doctor Carolyn Mazure, when you take into account that “while most people are born biologically female or male, rare biological syndromes can result in genital ambiguity. Or a resistance to a sex hormone can result in traits typical of the opposite biological sex.”

LGBTQ advocates said bills like HB 7 rob children of what is often the only safe place they have. Estimates from a 2020 Trevor Project study show about 40% of LGBTQ youth had seriously considered suicide; a third had been physically threatened or harmed; nearly a third were kicked out of a home and almost half sought counseling from a mental health professional but couldn’t get access.

Gray warned that further “otherization” of trans and LGBTQ youth will lead to demonization and more violence against them.

Ranika Ashcroft, a Black lesbian who served in the military, said bills like this attack her on multiple fronts and have caused her to reflect on what it meant for her to serve a country that doesn’t seem to care for her.

She said learning about Black history in a meaningful way is necessary for the education of Black youth and the understanding of history for all races.

“They put their life on the line for this country because they believe in the opportunity that everyone will be created equal and have a fair and equitable world,” Ashcroft said. “But this bill is anything but that. It’s promoting hate. It’s promoting division. It’s promoting segregation in a different form.”

Democratic Rep. Kelly Skidmore said a bill to protect feelings is surprising coming from the same group that said participation trophies were making the country weak.

“These bills are really going at everything we have held dear. That education is the great equalizer of everyone in the country,” she said. “And now it’s not. Now if you might get your feelings hurt because your ancestor was a slave over, we’re not gonna talk about things like that.”

Representatives will take up HB 7 Tuesday morning during a meeting of the Judiciary Committee.