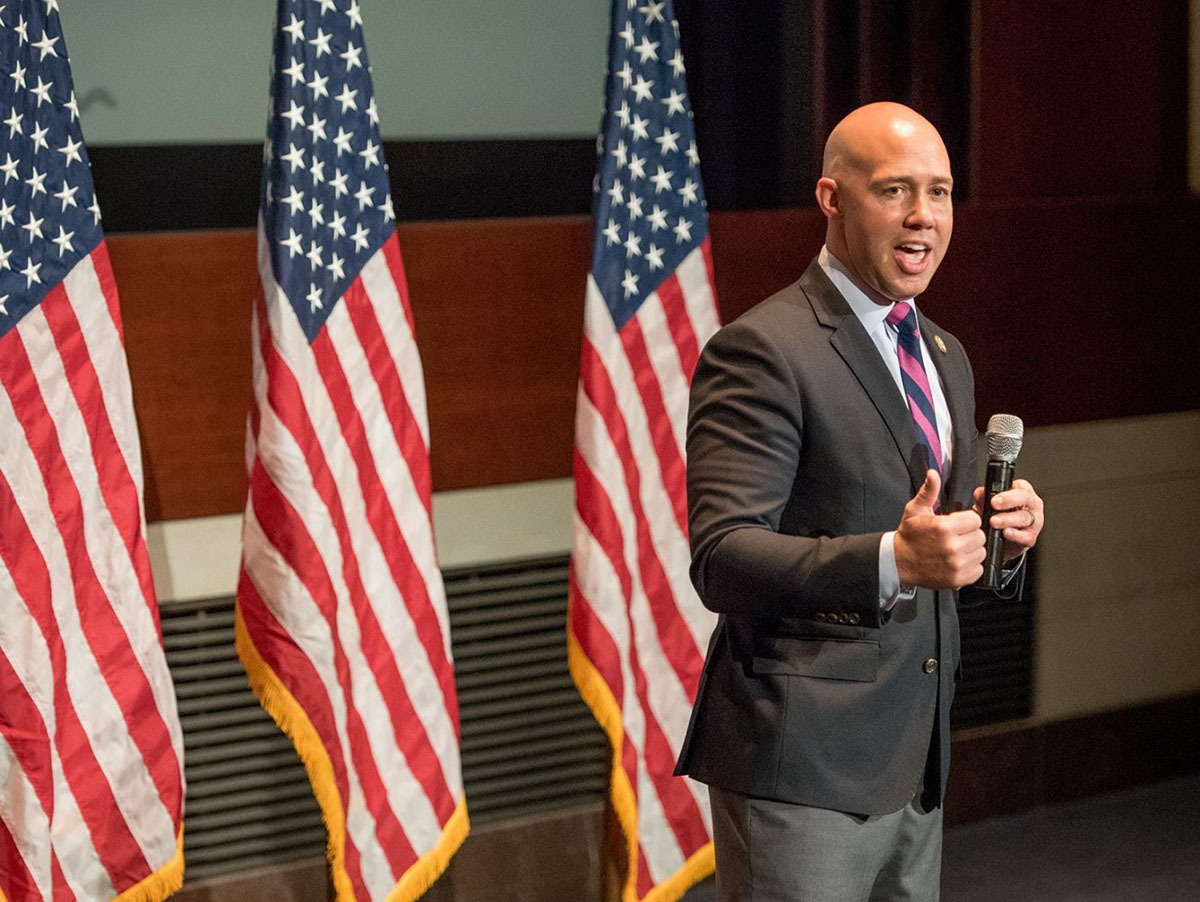 So far, two challengers have not come close to matching the Congressman's fundraising firepower.

Republican U.S. Rep. Brian Mast’s bid for a fourth term representing Florida in Congress raised more than $700,000 during the final quarter of 2021.

Those collections are a drop from the nearly $1 million he raised the previous quarter. But he’s got plenty of money to answer any of the challengers he’s drawn so far.

Mast’s total cash on hand adds up to nearly $2.4 million.

There are a few notable names on Mast’s list of donors who helped him haul in a total of $522,295. Isaac Perlmutter, a chairman and former CEO of Marvel Entertainment, appears on Mast’s list of donors who contributed more than $200. He and his wife, Laura Perlmutter, are listed as both giving the maximum donation — $5,800 — over the last quarter. Joseph Korff, chair of several companies registered with the Florida Division of Corporations, gave $2,000. Maggie Gill, CEO of Tenet Healthcare Palm Beach, gave the campaign $250.

Republican Melissa Martz has filed to challenge Mast in the Primary, but her fundraising firepower does not come close to matching his. She reported raising $47,443 in the last quarter and having $9,525 cash on hand on Dec. 31.

Former state Senate candidate Corinna Balderramos Robinson filed to join the fray, making her the only Democratic candidate in the race. She raised $11,282 in the last quarter and shows a total of $3,262 in cash on hand.

Mast represents Florida’s 18th Congressional District, which covers parts of northern Palm Beach County — including West Palm Beach — and extends into Martin and St. Lucie counties. Those boundaries could be affected by the state’s decennial redistricting process, however.

Candidates and political committees faced a Jan. 31 deadline to report all financial activity through Dec. 31.