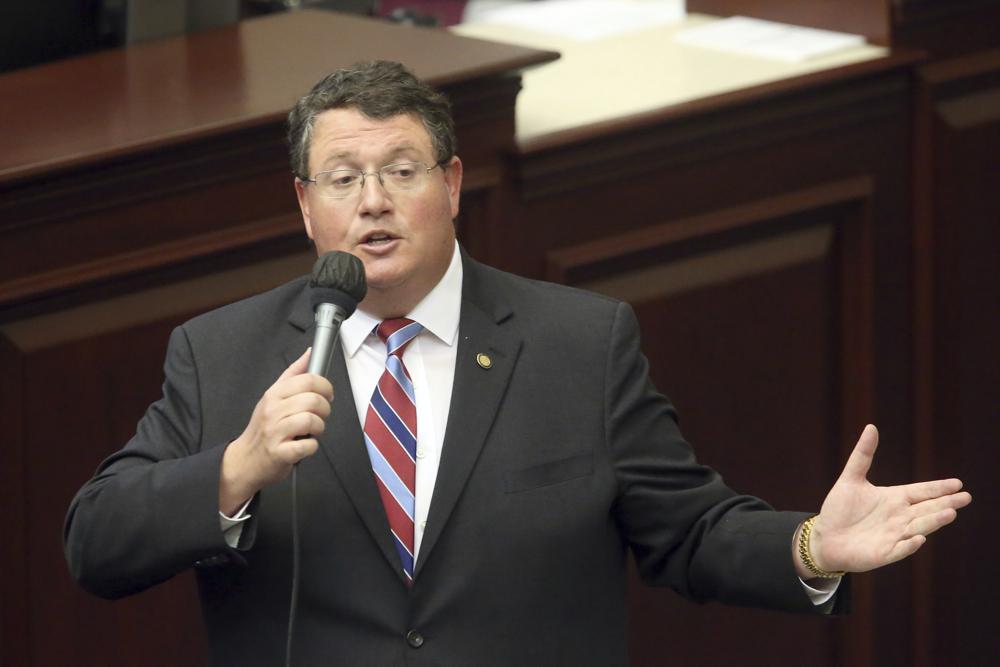 Despite Democrats’ characterizations that a measure rewarding school districts that followed state masking policies would punish those that didn’t, the House’s top primary and secondary education budget negotiator says the proposal is about accountability.

House PreK-12 Appropriations Subcommittee Chairman Randy Fine unveiled the “Putting Parents First Adjustment” last week, a surprise to Democrats and officials from the 12 districts punished under the proposal. The measure docks a collective $200 million from the pay of administrators making more than $100,000 annually and uses those dollars to boost funding for the remaining 55 districts.

As the House Appropriations Committee considered the House budget draft Wednesday, Fine defended the policy proposal from questions and attacks from multiple Democrats. The adjustment comes within the Florida Education Finance Program portion of the broader $17.6 billion the House wants to spend on preK-12 education during the coming fiscal year.

“We’re talking about $200 million to reward 55 school districts that did the right thing and send a message to 12 that you hurt your children, don’t do it again, follow the piece of papers that we pass out of this Legislature,” Fine said.

Ahead of the 2021-22 school year, Gov. Ron DeSantis, the Department of Health and the Department of Education began pushing rules to prevent public schools from mandating that students wear masks. The Legislature convened in the fall, at the Governor’s behest, to pass a measure codifying that rule and others into law.

Despite the state government’s threat to withhold pay from local education officials for violating the masking rules, the majority of Florida’s public school students attended class in districts that at one point flouted the state masking policy.

Over the last 20 years, Americans have normalized ignoring laws they disagree with, Fine argued, noting both Democrats and Republicans do it.

“When you do that, you no longer have a democracy. What you have is anarchy,” Fine said.

Children suffered as a consequence of school districts ignoring state masking laws, he said, asserting that children suffered developmentally by not being able to see each other’s faces.

While the deductions target district administrators’ salaries, Democrats like Wellington Rep. Matt Willhite argued it takes an entire system to properly educate students. Democrats also argued the measure is punitive, but Fine rejected that characterization, instead saying it was holding administrators accountable.

“The folks that had punitive actions taken against them over the last 12 months were the students that were in the school districts,” Fine said.

Fine told the committee his son goes to a “government-run school” where he had to wear a mask even though he had a doctor’s note saying otherwise. However, his family decided he would follow the district’s mask policy because he is Fine’s son and he “didn’t want to be a soldier in the fight over it.”

Fund Education Now’s Marie-Claire Leman argued the majority of students’ parents in the 12 school districts in question supported the district’s decision to ignore state masking rules and instead follow the advice of the U.S. Centers for Disease Control and Prevention and local officials

“This is being done to further divide our electorate,” Leman said. “One legislator is proposing this because he thinks he can, and the rest of you are going to go along with it, stoking those divisions and allowing … state money to be used towards campaigning.”

Some, like Elizabeth Walker, whose child attends Lincoln High School in Leon County, support the measure but said the state hasn’t done enough for parents to report districts that violate the law and seek legal remedy.

“Their choice to openly defy HB 1B shows their disrespect, not only to lawmakers and to our systems of government, but to parents and children,” Walker said. “They do not care about the rights of families, but only about exercising authority and their control.”