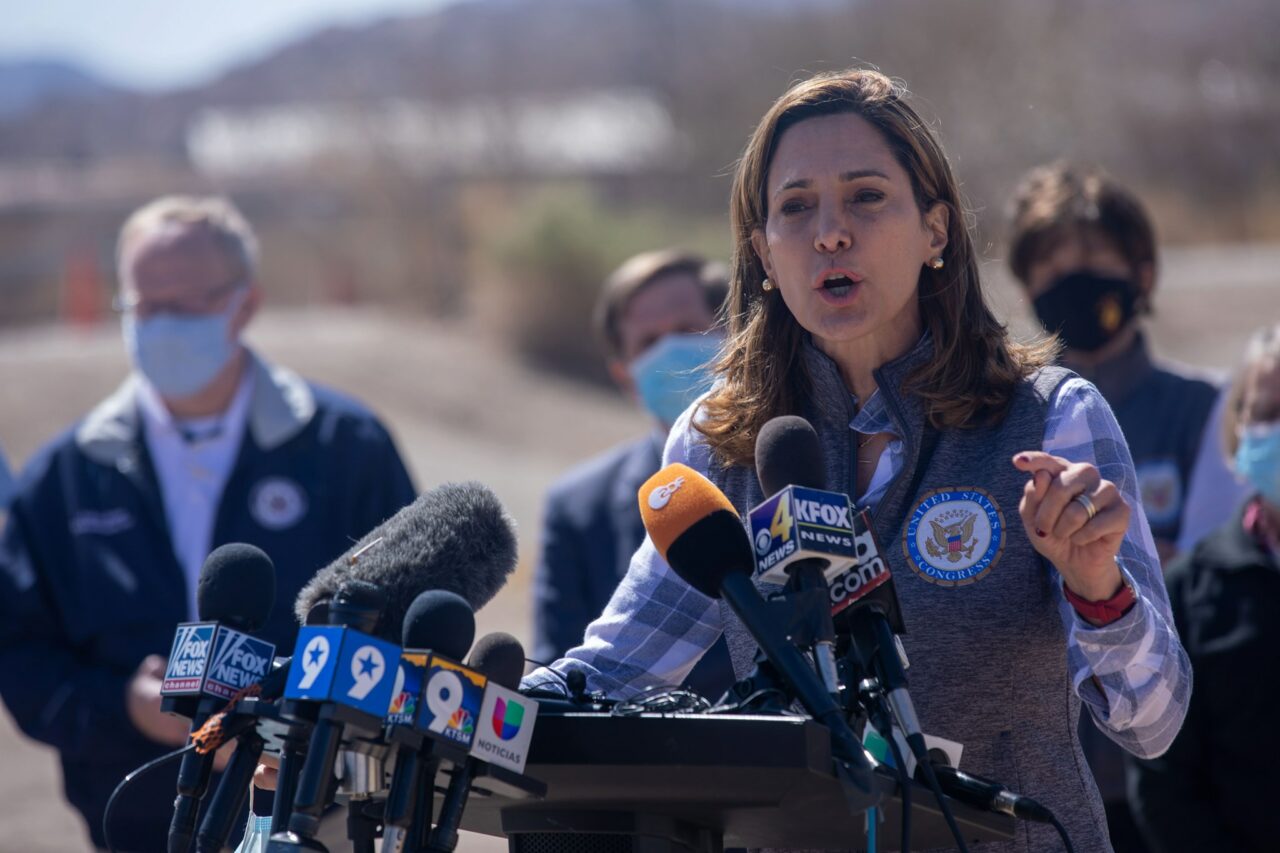 She spent more than she raised.

U.S. Rep. María Elvira Salazar collected more than $485,000 last quarter to defend her seat representing Florida’s 27th Congressional District by again drawing on a blend of grassroots and corporate donors from a variety of industries.

Three men have filed to oppose her. Political newcomer Angel Montalvo, a Democrat, has raised less than $7,000 since entering the race in July. Non-party-affiliated Ian Medina appears to have raised nothing since he filed to run in August.

Salazar now also has a Primary challenger: Republican Frank Polo, who filed to run Jan. 24. Polo also ran for CD 27 in the 2020 Election but secured only 76 votes as a write-in candidate.

According to his campaign website, Polo is a Cuban immigrant who learned to speak English and worked as a translator while confined in Guantanamo Bay after being picked up by U.S. Customs and Border Protection. On his Twitter page, Polo refers to Salazar as a “RINO” (Republican in name only).

As was the case in prior quarters, Salazar accepted hundreds of individual donations ranging from $50 to $5,800, the maximum allowable contribution representing $2,900 apiece for the Primary and General Election.

Salazar’s two biggest gains came through transfers from joint fundraising committees to which she is party. GOP Winning Women gave nearly $54,000 last quarter and roughly $129,000 since Salazar won office. Take Back the House 2022 chipped in $30,000 since October and $168,000 since November 2020.

PACs backing PricewaterhouseCoopers and the American Bankers Association each gave $1,000.

From the telecommunications and technology sector, no company gave more to Salazar than the $7,000 check from telecom giant Verizon. She also received $2,500 from the Internet and Television Association and $1,000 from Comcast Corp., Google, and Meta Platforms Inc., formerly Facebook.

From transportation and freight companies, Salazar took in $5,000 from UPS, $2,000 from the Boeing Company and $1,000 apiece from the National Marine Manufacturers Association and railway company CSX Corp.

More than half of Salazar’s fourth-quarter spending went to consulting. She paid Washington-based Campaign Inbox $64,000 for “digital fundraising consulting.” She paid about the same to the Theodore Company, based in Virginia, for “finance consulting.”

She spent about $165,000 on campaign media, postage and voter access. Her top expenditures in that area included $42,000 to Communications Corp. of America for “direct mail printing/mailing,” $34,000 to Response America for “postage” and $26,000 to America Direct — all Virginia companies.

She made two political contributions: $16,000 to the National Republican Congressional Committee and $5,000 to the Miami-based Christian Family Coalition.

CD 27 currently covers a large portion of Miami-Dade County, including the coastal municipalities of Cutler Bay, Palmetto Bay, Coral Gables, South Miami, Key Biscayne, Miami, Miami Beach and North Miami Beach, among others. It also includes a large swath of the county’s western neighborhoods, such as Kendall, Sunset and Westchester.

The district’s composition is likely to change due to ongoing redistricting to reflect the 2020 Census, though by how much remains to be seen.

Except for two years in which Democrat Donna Shalala held the seat, CD 27 has been in Republican hands since its 2013 creation.

Shalala, a former U.S. Secretary of Health and Human Services, defeated Salazar by a 6-percentage-point margin in their first showdown in 2018 to take the seat former GOP Rep. Ileana Ros-Lehtinen had previously occupied.

Salazar, a former TV journalist and author, unseated Shalala in their 2020 rematch by 3 percentage points.

This week, Salazar unveiled a massive and ambitious proposal to overhaul America’s immigration system that would give undocumented immigrants a way to “step out of the light” and “live in dignity” through several programs and payment systems.

Just over a year ago, Shalala was considering another run at the House in 2022 that could pit her against Salazar for a third time; however, she said she would wait to see what the congressional districts look like post-mapping.