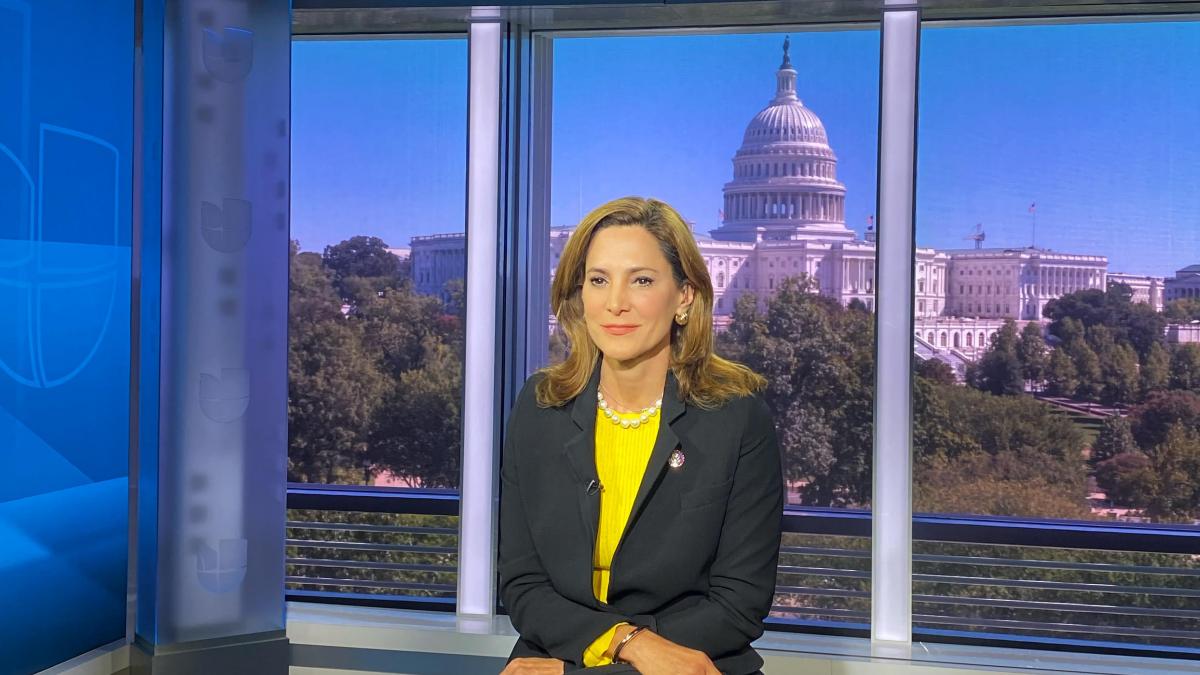 In return, she wants money paid for workforce programs and border security.

U.S. Rep. Maria Elvira Salazar unveiled immigration legislation that could create a new path to citizenship while strengthening the border. The Miami Republican said she worked for the past year on the Dignity Act, a 532-page comprehensive reform package.

Salazar said the legislation could both “end illegal immigration once and for all” by modernizing the U.S. Border Patrol while also bringing 11 million immigrants living in the U.S. illegally out from the shadows.

“The United States has historically been a beacon of refuge for those fleeing violence and oppression or seeking a new life and opportunities,” Salazar said. “In recent decades, our broken immigration system has been exploited, leading to a situation that is unbecoming of our great nation. While the United States is a nation of laws, we are also a nation of second chances. Through dignity and a chance at redemption, this legacy can continue.”

In short, the bill would create a program that allows immigrants in the U.S. illegally to stay and work in the U.S. at a cost of $1,000 annually for up to 10 years. Money raised through that would fund workforce training programs available to U.S. workers now.

“If you feel the undocumented have taken your job away, you can tap into these programs and learn a new trade,” she said. “It will help you fund a new job while the undocumenteds still do those jobs that Americans have up to now opted not to do.”

Workers in the “dignity path” would work legally, with 2% of their income taxed to directly fund border security. Those in the program could then sign up for a five-year “redemption program” to learn English and U.S. Civics and contribute additional funds and community service to obtain permanent legal status. Dreamers already in the U.S. legally could immediately move toward completing the redemption program.

But it remains unclear what path exists to pass this legislation, whether in a Democrat-controlled Congress this year or if Republicans take control of the House after the November election. Salazar said she welcomes Democrats to join with the legislation, and acknowledged many in her own party who oppose anything labeled as “amnesty.”

“The word ‘amnesty’ is very popular in Congress,” Salazar said. “I have asked some to explain with a rigorous definition what it means. Nobody can give it to me.”

But she contended the real comparable program to amnesty is what exists now, with 11 million immigrants who entered the U.S. illegally using roads, schools and hospitals without contributing to the tax base.

“Living for free without consequence is the real amnesty,” she said.

But to sweeten the proposed reform for hardline conservatives, Salazar’s legislation offers significant deterrents to illegal immigration now. Her bill calls for universal E-Verify requirements on all employers, restarting construction of the border wall and investing in modern technology such as drones to better patrol and block illegal entry to the U.S.

Will Democrats sign on? Salazar thinks they should, and that this plan would be more likely to pass in a divided Senate.

“For the last 10 years they haven’t had the votes in the Senate,” she said. “Democrats pass bills and provisions they know are not going to pass. Enough of this game.”

As the issue drags, a porous border meanwhile sees increased trafficking of fentanyl and other drugs harming U.S. communities. Republicans, Salazar said, want to get that problem under control.

So will there be enough support to move the legislation forward? “The only one who knows the answer to that is the Lord Almighty,” she said.