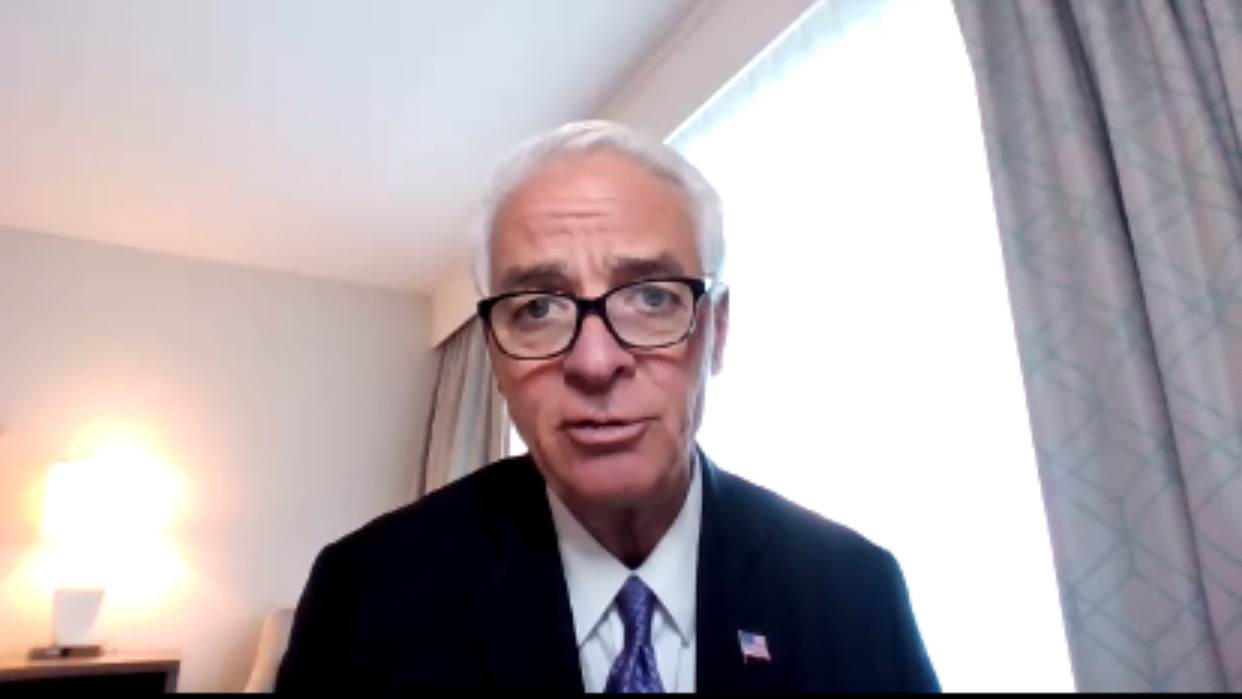 'These groups can't be stopped without all of us working together.'

Rep. Charlie Crist, a Democratic candidate for Governor, convened a roundtable Thursday to address the rising tide of ideological extremism and hate crimes.

Crist and a group of panelists including faith leaders and the President of the Florida NAACP addressed these issues, sadly prominent in Florida of late.

Racial tensions were spotlighted anew recently when a group of neo-Nazis staged a demonstration on a prominent highway overpass in the Orlando area. The Governor’s Office downplayed the incident, with a spokesperson at first suggesting they weren’t real Nazis before backtracking.

Crist mentioned the Nazi demonstration and bomb threats at historically black colleges and universities as some of the recent signs of a rising tide of violence and hate in the state.

“Black, Jewish, and other Florida minority communities are being targeted,” Crist said, “by extremist groups.”

Crist said it was necessary to investigate individuals and hate groups behind attacks in Florida, and said he called on U.S. Attorney General Merrick Garland to investigate further.

“These groups can’t be stopped without all of us working together,” Crist said.

Rabbi Jonathan Berkun of the Aventura Turnberry Jewish Center spoke of violence at synagogues and threats to the Jewish community both in the state and nationally.

“I think my community is realizing that anti-Semitism is alive and well in America,” Berkun said. “It’s becoming much more acceptable in the public sphere and we have to call it out loudly and proudly.”

“It’s a symptom of a sick society,” Berkun added, and one that can lead to “the demise of the society at large.”

Adora Obi Nweze, the president of the Florida NAACP, said it was necessary to “keep fighting” racism, describing examples of inequities in professional sports, the school system, and elsewhere.

Pastor Manuel Sykes, who serves as the Florida Bishop for Full Gospel Baptist Church Fellowship, said that he had heard of Black students being “bullied” in St. Petersburg recently, where “microaggressions” are a part of daily life.

Sykes’ own son said he was “the victim of racial hatred” just this week, saying a White lady had pulled her car beside him on the street and “stared him down.”

“That’s the temperature in the city of St. Petersburg,” Sykes said, calling the city a “hotbed of hatred” and warning of a “zeitgeist” that is driving more tension.

Sykes noted that in many cases, it’s hard to report issues to law enforcement.

“We’re not certain we’re going to get support,” Sykes said, “when we have those altercations or words.”

During the call, Crist addressed another controversy involving the Governor, where he advised podcaster Joe Rogan not to apologize for using racial slurs in his broadcast.

“If that reporting is accurate,” Crist said, “for (DeSantis) not to express that Mr. Rogan should have apologized is outrageous and unconscionable and beneath the office he holds.”