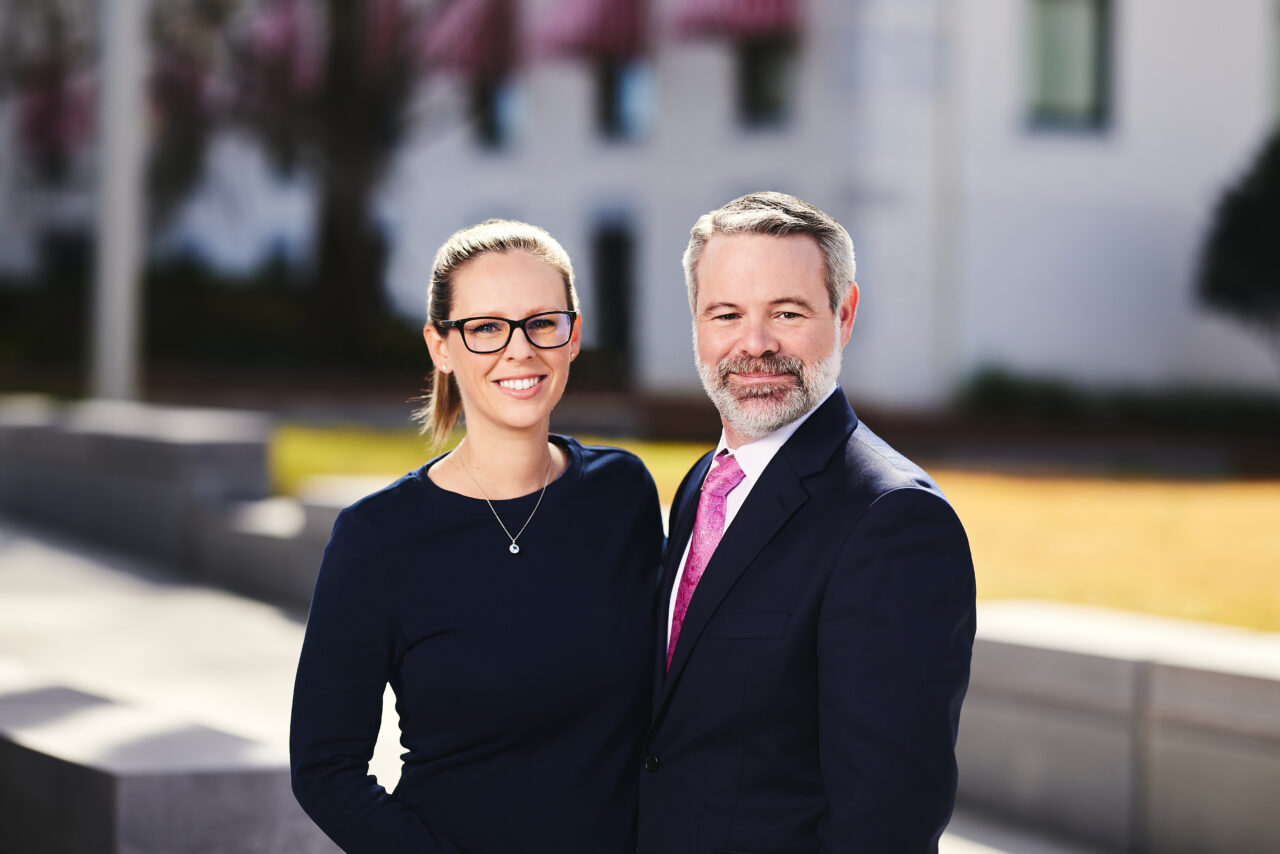 Together, they’re a perfect Process fit.

When Kristen McDonald met Mike Grissom in 2011 when they worked together at the Republican Party of Florida, it wasn’t love at first sight. In fact, McDonald, the Press Secretary, claimed she was “not a fan” of the RPOF’s Executive Director.

“I was the person interfacing with the media and getting all the tough questions,” she said. “We had a lot during that presidential election cycle, a lot of issues and I couldn’t do my job. He wouldn’t answer my questions.”

In his defense, Grissom said his comments needed to be cleared by the governor: “I was waiting for the Governor’s office to tell me what we were allowed to say or not.”

Kristen was working in the House Majority Office, and they reconnected when Mike would “camp out in her office” because he was tracking bills for his workplace, Enterprise Florida. It was then the couple was bitten by the love bug.

They would date for five years before Mike popped the question at the Piazzale Michelangelo in Florence, Italy. They laughingly tell the tale that includes a mishap of him nearly abandoning the engagement ring on a train and her being more interested in shopping for leather goods than hiking up a hill to the plaza for a panoramic view of the city.

The happy couple set the date for the wedding — March 28, 2020. The day after pretty much everything officially shut down because of the COVID-19 pandemic.

The big celebration had been canceled already, but they decided to marry on that day anyway — “we had all these things that had our wedding date on them,” Kristen explained — but only after a mad dash around Tallahassee to get a marriage license. She donned the dress again in May 2021 for an event that included all the party and none of the ceremony. “Everybody thought it was the best wedding they’ve ever been to,” Mike quipped.

Currently, Mike is a principal at Buchanan Ingersoll & Rooney, working as a non-lawyer lobbyist for the law firm focusing on economic development issues. Kristen is a senior communications consultant at Bascom Communications.

Together, they’re a perfect Process fit.

Kristen takes advantage of Mike’s reputation as an extroverted raconteur, with a wide acquaintance. “I … use Mike as a good source of information because he … always knows what’s going on,” she said.

For Valentine’s Day amid Session, the couple will probably “grill steaks, lobster and hang out at home,” he said. “I’ll buy a very expensive last-minute present,” possibly something sparkly. Here’s Mike’s tip for V-day procrastinators: “Costco has fantastic jewelry.”

In April, the Grissoms are expecting their first child, to be given the “Southern gentleman” name Henry “Huck” Lee — and no, his birth was not planned around Session. “We just got super lucky with the timing,” Kristen said.

nextLove in The Process: Angela & Davin Suggs — The value of teamwork