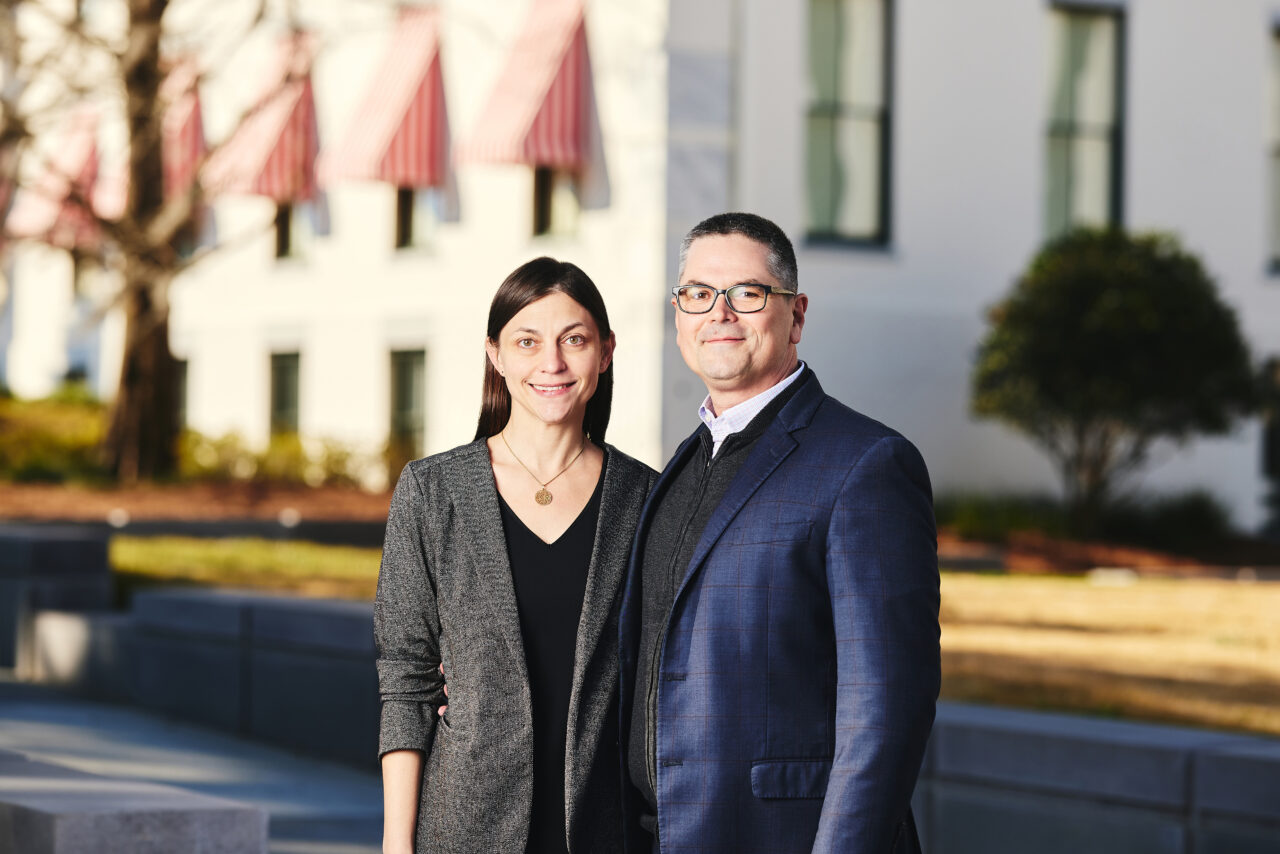 For Valentine’s Day, we’re here to share the story of six couples who have found success —under the rotunda, in their love and family lives.

Back in the early aughts, when Charlie Crist was a Republican Governor, Karen Halperin and Brett Cyphers worked for the now-Democratic U.S. Representative in the same Office of Policy and Budget — she in health and human services and him in the environmental unit.

Karen copped to eyeing him in large staff briefings — “we heard each other speak, but we didn’t speak to each other,” she said — and their only other face-to-face meetings were in the Capitol elevators. There would be greetings back and forth between Brett and the other occupants. Karen kept mum. “She would just look at me,” he said.

Then, as fate would have it, the pair were alone for an elevator ride.

“I had no choice but to try to be a human in that moment,” she recalled. “And we talked, and it went very well.”

There was still a time of awkward encounters, but when the boss suggested the units should cross-pollinate, they took it literally.

Brett asked Karen on a date. Sort of.

Karen describes it this way: “He said, ‘I’m gonna go to this movie. Do you like going to movies?’ and then “he literally said, ‘Well, I can’t go alone.’”

The movie was “Knocked Up,” and it became a “real” date afterward. “He said it wasn’t a date until I passed the test of laughing at the funny parts of the movie,” she said.

They were married at the Old Capitol, and each spent several years serving in different positions in and adjacent to state government. She is now a principal in charge of data and polling at Sachs Media. After serving as executive director of the Northwest Florida Water Management District since 2012, Brett is moving to a new position as a lobbyist for Anfield Consulting in March.

The couple are looking forward to a Valentine’s Day getaway rather than a fancy meal. They have three daughters, ages 26, 11 and 12, and their go-to restaurants reflect that — Teds Montana Grill, Olive Garden, and ordering in Domino’s pizza. Brett says he’d rather cook at home (“My chili is better. My spaghetti sauce is better.”), and Karen is not complaining.

He’s a fan of seafood and Indian cuisine. She likes oatmeal, Five Guys and Chipotle.

“If relationships were based on food compatibility, we would not survive,” Brett said.

There will be Valentine’s gifts, however. Although he’s itching to spill the beans, Brett is waiting for Feb. 14 to present Karen’s gift. He already knows what he’s getting — a smart thermostat. “And maybe eye surgery for my birthday,” he said.

Brett said he and Karen had political disagreements because he was “more strident about certain things” in the earlier parts of their relationship. Over the years, there’s been a merging of the minds, but neither wears their political opinions on their sleeves, and, according to Brett, it doesn’t matter to him. “There’s almost nothing worth losing a relationship over whether it be her or other family members or friends …. “I have people that I love dearly who I agree on absolutely nothing with.”

Brett prefers to think of himself as in public service rather than being identified as a politico.

“You can be in something and not be of something at the same time,” he said.

previousLove in The Process: Chelsea & BG Murphy — A real-life rom-com