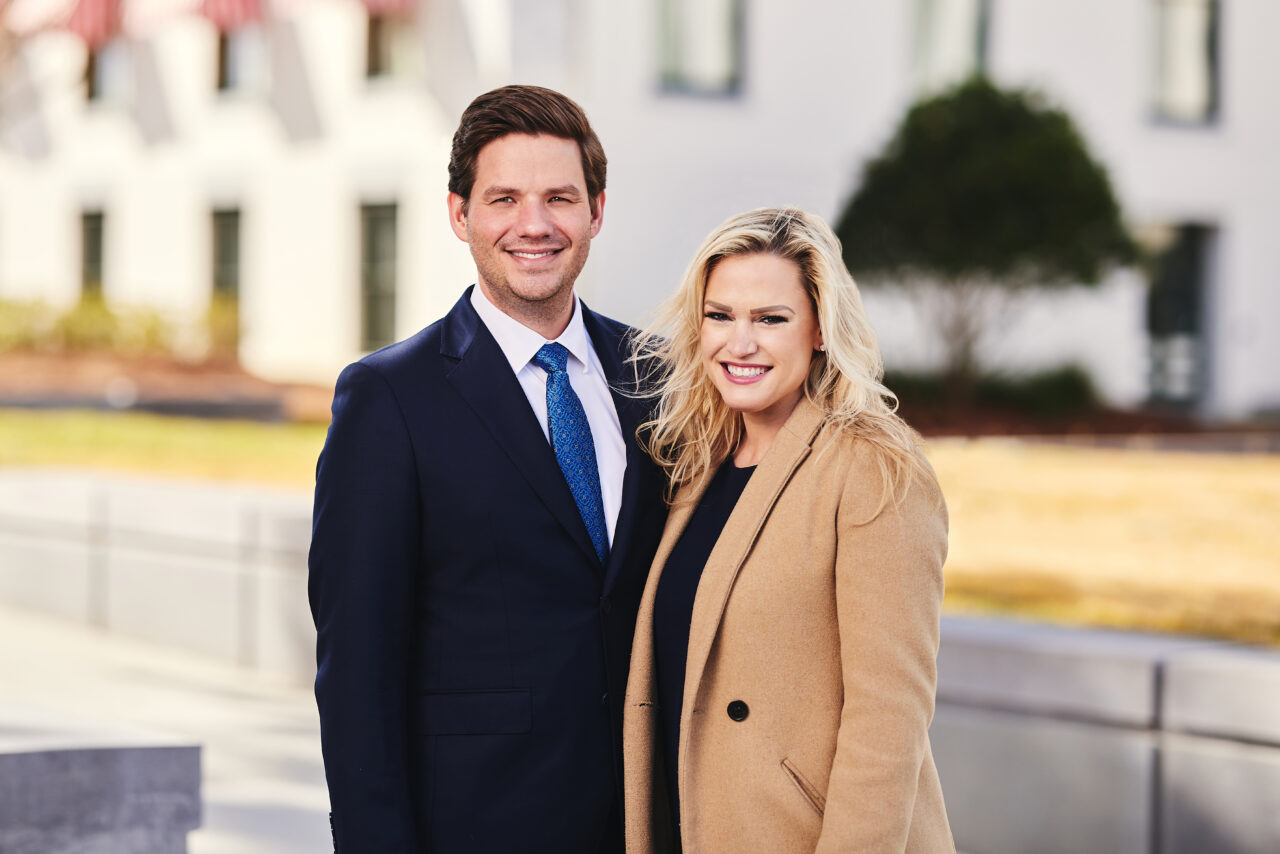 'Calendar invites have been the lifesaver of our marriage and functional family.'

For Valentine’s Day, we’re here to share the story of six couples who have found success —under the rotunda, in their love and family lives.

The story of Chelsea and BG Murphy is the stuff that rom-coms are made of: Boy meets Girl. Girl is dating his fraternity brother. Boy and Girl become best friends. Lobbyist suggests they might make a good couple. Girl is intrigued, gets a little tipsy, and has friend call Boy to float the idea. Boy is blindsided, but also intrigued. Boy and Girl go on a date to a Jimmy Buffet concert. Love blossoms. Fin.

Where the movie ends actually is where BG and Chelsea’s story gets interesting.

In the beginning, BG had a successful sales career but wanted to be involved in politics. Chelsea was already part of the process and had three words for him: “No, you don’t.”

He didn’t listen to her advice and began working on the legislative staff of former Rep. Halsey Beshears, served under Florida CFOs Jimmy Patronis and Jeff Atwater, and then moved to a national insurance company in government affairs. Today, BG is the director of government affairs for the Florida Association of Insurance Agents.

“He’s made himself an insurance guru,” Chelsea said.

BG considers his job a challenge and an opportunity.

“We deal with the court of public opinion and when you don’t know it’s very easy to understand where some of the frustrations of the industry comes from,” he said.

After being involved in a fender bender where the other party sued her, Chelsea has developed an appreciation for BG’s perspective.

“I was like, ‘do you understand what I’m saying?’,” he recalled.

“I get it,” she replied. “I’ll go testify for you. But on the flip side, you’ve enjoyed talking about my issues very much.”

Chelsea is Florida State Director of Right on Crime, a national campaign seeking conservative reforms in the criminal justice system — something she’s been able to educate her husband about.

“I’ll be honest, I was completely ignorant on criminal justice reform and people like myself have preconceived notions about what we don’t know …. I give credit to my wife on this and many instances (where) they have helped humanize the issue and bring understanding of the system,” BG said.

Session and committee weeks mean there is sometimes a need for babysitters for their two children, Jackson, 7, and Kennedy, 5. (Note, this pair of Republicans gave their children the names of two Democratic presidents). But family is their priority and they have committed to staying in Tallahassee and limiting Session dinners out to two nights a week. “We still at least get to come home and see each other and see the kids every night no matter what time it is,” he said.

“Calendar invites have been the lifesaver of our marriage and functional family,” Chelsea explained. “We know who’s gonna be out of town and what date. Luckily haven’t had a trip that crossed paths at the same time.”

As far as Valentine’s Day plans, “we’ll probably … order some sushi or something and have some wine and call it a night. Because it’s Session, let’s be serious,” Chelsea said.

When asked about their favorite restaurant, they waxed nostalgic for the now-closed Barnacle Bill’s, where BG told of a birthday surprise Chelsea schemed up for him. When they went to the seafood joint for dinner, she presented him with an oyster knife and he was escorted to the kitchen to drink beer and shuck oysters.

“To this day, it was probably the coolest thing that anyone has done for my birthday,” he said. “I don’t know if she’ll ever top that one.”

Chelsea sums up their relationship this way:

“I fell in love with my best friend …. Life is never easy, but it’s been a heck of a lot easier with him around,” she said.

previousLove in The Process: Allison Liby-Schoonover & Chris Schoonover— All-American, all Seminole, all the time