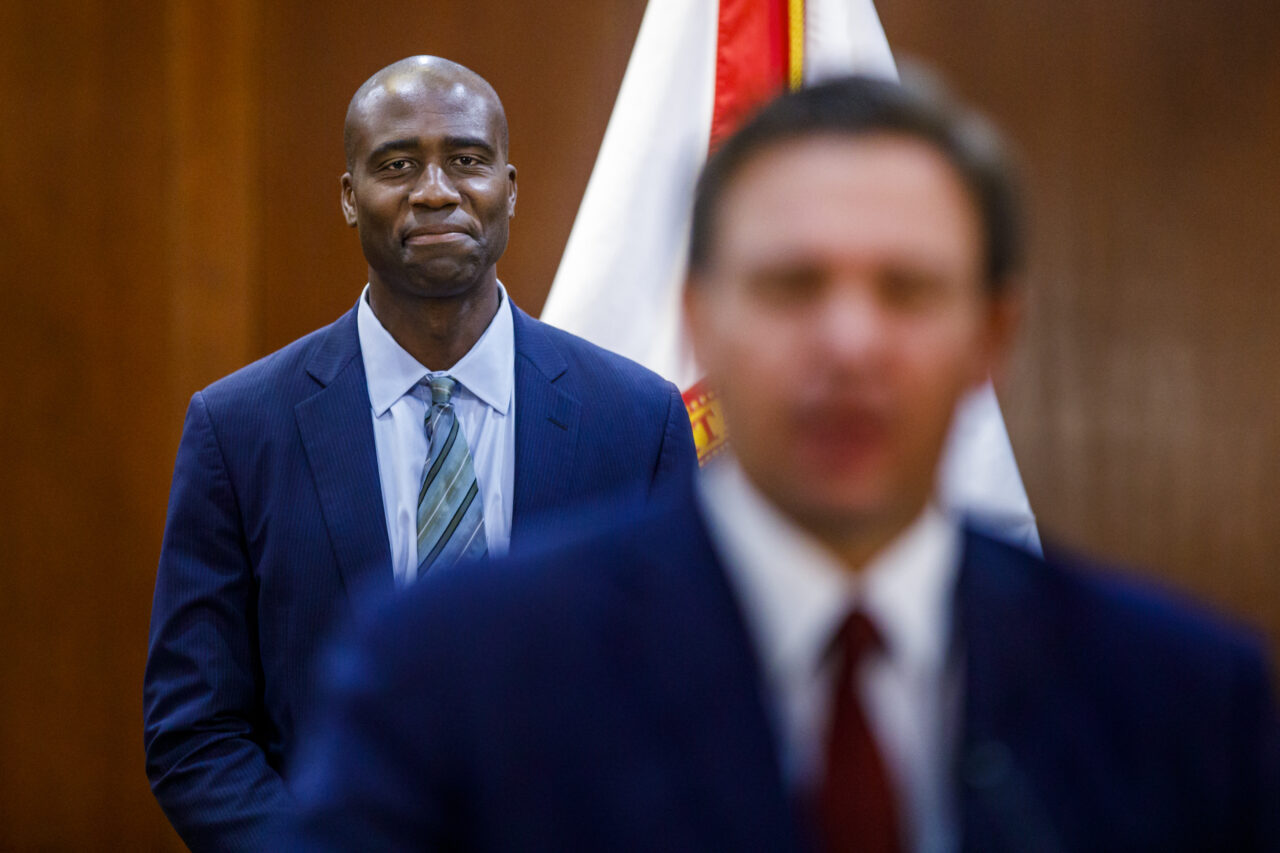 'We need someone that rises above politics,' Eskamani said.

In a discussion hosted by Protect Our Care Florida and For Our Future, the speakers slammed the controversial appointee, who has come under fire for his stances on COVID-19 issues including masking, vaccines, hydroxychloroquine and testing. The Harvard-trained doctor has already faced a slew of criticism from Democratic lawmakers in the confirmation process.

“Our state is making headlines, and is again the laughingstock of the country because of the ill-suited nominee to lead our state’s health department,” Hart said. “I think it’s a shame, and I wish leaders in my state, like our Governor, would work with us in the Legislature on solutions that actually help the problem, and not just stir the pot.”

Ladapo, who was selected by Gov. Ron DeSantis in September to lead the state’s Department of Health, has criticized vaccine mandates and taken other positions that buck the general consensus of medical experts.

“Dr. Ladapo is already doing the job of our Surgeon General and he’s not doing it well,” Eskamani said. “This is a dangerous appointment no matter what direction you look at it. It’s a purely politically motivated one, and Floridians need to realize how much of a joke Gov. DeSantis is making public health with this appointment.”

The lawmakers expressed concern that Ladapo is too involved politically in a position that requires objectivity.

“We need someone that rises above politics, not a Surgeon General that literally is here for political gain and uses his opinion to inform public health decisions — not science, not fact,” Eskamani argued. “There are standards that are tested, tried and true in medicine — just like in any field of science — and if you’re gonna have a candidate that denies that, then give them a podcast, but don’t give them the position of Surgeon General.”

The two lawmakers pointed to testimony from a former supervisor of Ladapo’s during his time at the University of California in Los Angeles. Included in his background check by the Florida Department of Law Enforcement, the UCLA supervisor said Ladapo’s “published opinions were contrary to the best scientific evidence available about the COVID-19 epidemic and caused a large number of his research and clinical colleagues and his subordinates who felt that his opinions violated the Hippocratic Oath that physicians do no harm.”

The former supervisor added that he would not recommend Ladapo for the state Surgeon General position.

“This would be an opportunity for our next Surgeon General to tackle and demonstrate leadership,” Eskamani said, “to have a candidate with a track record of solving these problems. And the reality is that this current appointment does not have those track records at all.”

Hart also shared that the controversial nomination was taking away time for lawmakers to address other issues not related to the appointment.

“We should instead be focusing on other decisions that can make our state healthier and safer, both during the pandemic and on the outside of it,” Hart said, referencing legislative priorities like expanding Medicaid and lowering prescription drug costs.

Despite criticism from Democratic legislators, DeSantis lauded Ladapo as a “superstar” nominee, crediting him for going against the grain despite pressure from media and others in the medical community.

Monday’s discussion was a part of Protect Our Care Florida’s ongoing “Florida Coronavirus Accountability Campaign,” which criticizes the Governor’s response to the COVID-19 pandemic.