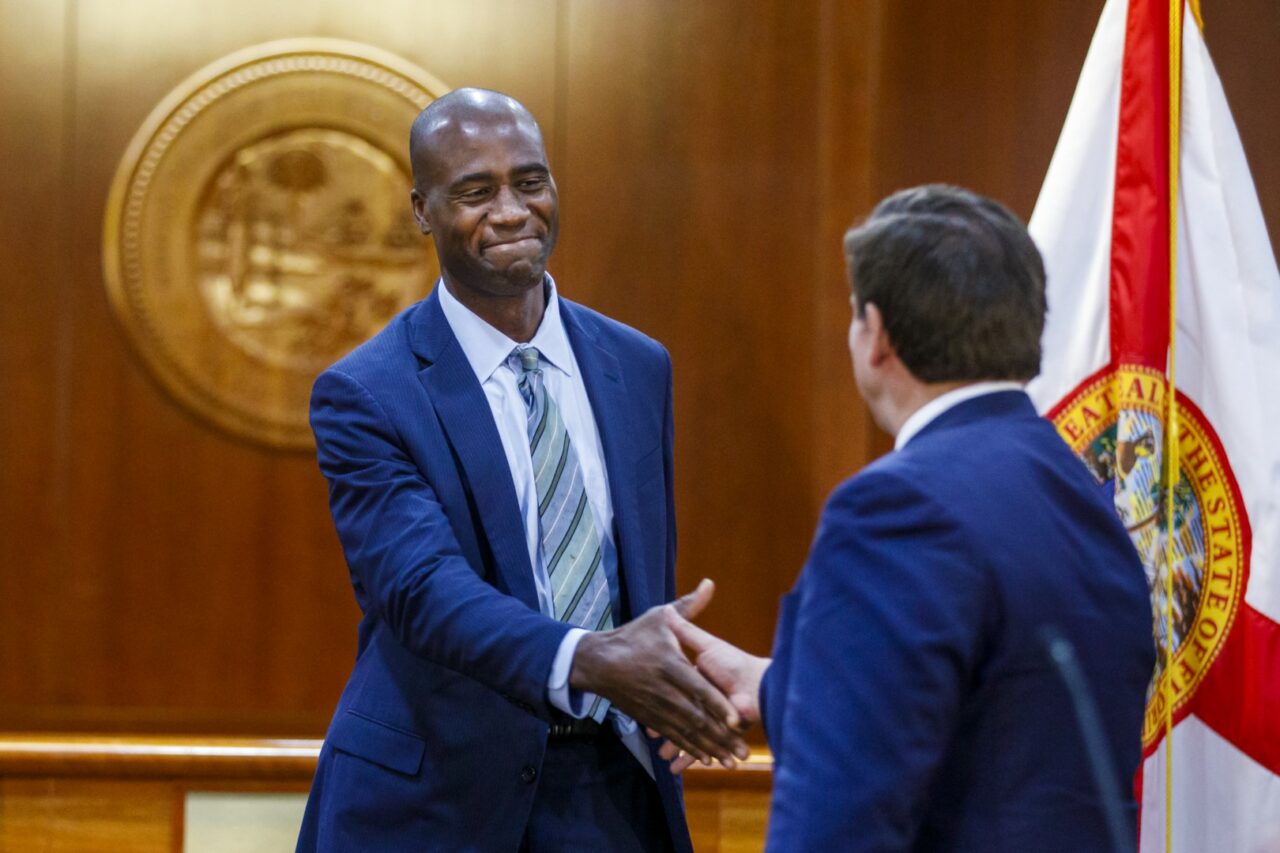 DeSantis praised the embattled doctor and argued he should be 'overwhelmingly' confirmed.

Speaking ahead of the meeting, DeSantis praised the embattled doctor and argued he should be “overwhelmingly” confirmed.

“Dr. Ladapo is a superstar,” DeSantis told reporters at a campaign event.

Ladapo came under fire in October when Democratic Sen. Tina Polsky asked him to leave her office after he refused to wear a mask despite warning she had a serious medical condition. Polsky later revealed she was diagnosed with breast cancer.

It also united Democratic lawmakers against Ladapo. Agriculture Commissioner Nikki Fried and Senate Democratic Leader Lauren Book were among the many Democratic leaders who rebuked Ladapo after the incident.

“Dr. Ladapo has proven himself time and time again to be anti-science and anti-public health,” Fried, a gubernatorial candidate, said Wednesday. “He’s a quack who shouldn’t be anywhere near our state’s Surgeon General office, let alone running it. I hope the Senate can come together in a bipartisan way to reject his nomination and protect our state from the dangerous policies and conspiracy theories he and Gov. DeSantis have been promoting.”

DeSantis, however, maintains the doctor is the right man for the job. He credited Ladapo with going against the grain despite pressure from media and others in the medical community.

Like DeSantis, Ladapo is a critic of vaccine mandates and taken stances that contrast the general consensus of medical experts.

The son of Nigerian immigrants, Ladapo is a Harvard graduate, former student athlete and a tenured professor at UCLA. He also holds a MD and Ph.D.

DeSantis was stunned he joined the administration given his resume.

“Call him,” DeSantis recollected telling a former chief of staff. “There’s no way in hell he’s gonna come to Florida from there… but he did and we’re fortunate about that.”

Ladapo’s experience in handling COVID-19 patients will likely be among the issues Senators raise with the doctor. A MSNBC report alleges Ladapo did not treat COVID-19 patients while at UCLA, an assertion that contradicts Ladapo’s previous statements.

nextHouse ready for vote to increase penalties for evidence tampering