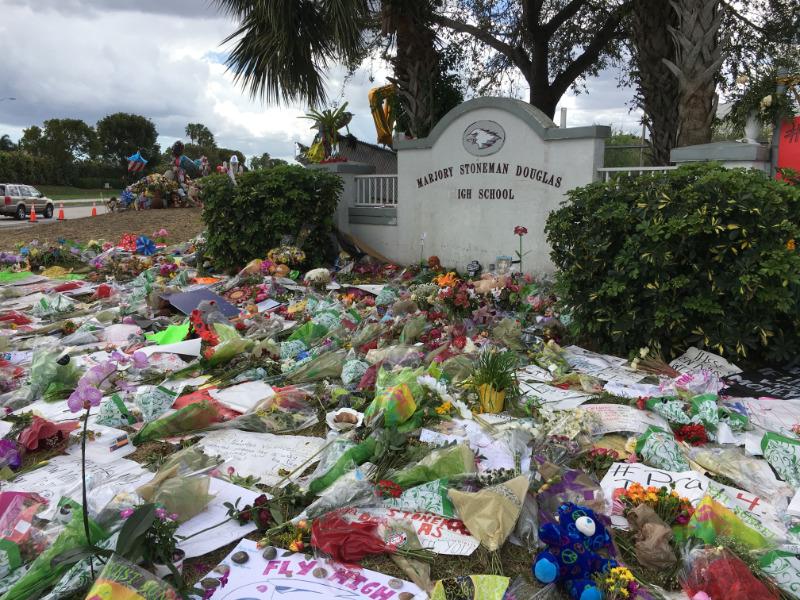 'There are so many things that can be done that the Republican Legislature is just not interested in.'

On the fourth anniversary of the mass shooting at Marjory Stoneman Douglas High School, Florida Democrats argue gun control reform is still needed, but point to Republicans standing in the way.

In a press conference Monday, members of the House Democratic Caucus said not enough is being done to safeguard residents from another mass shooting.

“Our duty first and foremost is to make sure that every Floridian has the freedom to be healthy, prosperous and safe, and the safety of our children cannot be more paramount,” said Tampa Rep. Fentrice Driskell, who joined House Minority Leader Evan Jenne of Dania Beach and Rep. Carlos Guillermo Smith of Orlando.

“There are so many things that can be done that the Republican Legislature is just not interested in,” Smith said.

Lawmakers filed an array of bills this Legislative Session to change Florida’s gun laws. Of the several bills aim to tighten existing restrictions or ban certain products and practices, all were filed by Democrats.

The bill was the first he submitted after being elected in 2016 just months after the Pulse nightclub massacre in Orlando, the second-worst mass shooting by a single gunman in U.S. history.

On the opposite end of the continuum, three bills — all filed by Howey-in-the-Hills Republican Rep. Anthony Sabatini — would reduce the purchase age for guns back to 18, allow the open carry of firearms in public and the concealed carry of guns in state legislative building.

So far, however, every gun-related bill this Session seems dead on arrival. Not one has seen a single committee hearing since being introduced.

Smith said that even if the Legislature takes up and passes his bill or its Senate analogue, which have attracted 35 co-signatories, it would be far from enough.

“The 17 taken in Parkland, the 49 taken at Pulse — if we’re going to honor them with action, we have to really prioritize the health and safety of our communities, the freedom of all Floridians to not fear that they’re going to get murdered by an assault weapon if they go to the grocery store, if they go to a nightclub or send their child to school,” he said. “That advocacy, that needing to honor them, doesn’t end at one bill.”

Smith added, “We have to be able to enact common sense guns safety reforms and not do it in a reactive way. We can’t wait for the next mass shooting or the next horrific headline to take action to protect Floridians from gun violence.”

Meanwhile, Sabatini has gone on the attack largely against members of his own party, whom he refers to as Republicans in name only, or “RINOs.”

Last week, Sabatini — who is running for Congress rather than a third term in the Florida House, where his office was recently relocated to the bottom floor — traded barbs with Clearwater Rep. Chris Latvala over House Speaker Chris Sprowls’ inaction on the constitutional carry bill.

Sabatini took to Twitter, writing: “RINO Cowards like Chris Sprowls are once again BLOCKING Constitutional Carry! When will people wake up and vote these TRASH establishment ‘Republicans’ out?!”

He went on to assert that lawmakers who remain silent on the issue are working against Floridians.

Latvala responded by noting that Sabatini’s bill, in addition to gaining zero traction in the House, has yet to earn a sponsor in the Legislature’s upper chamber.

“Hey moron, who is your Senate sponsor?” Latvala said. “Surely you know how to pass a bill now.”