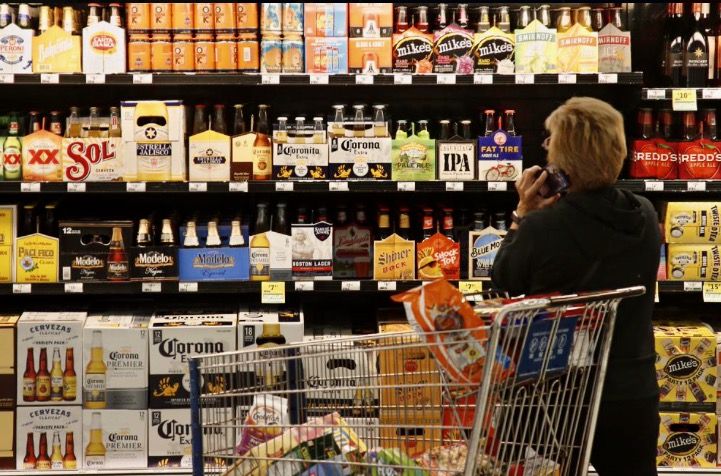 Does Big Beer have too much market advantage?

The federal government wants to give beer lovers more choices than the usual suspects when they reach for a drink — and help them pay less for whatever they choose.

As part of a larger Biden administration effort to boost competition in all sorts of industries, the government is looking at ways to loosen the grip of a few big beer companies that control 65% of the market.

The answers could include everything from rethinking how beers are displayed on grocery store shelves to considering whether brews can be shipped straight to doorsteps.

The department issued a 64-page report that looks at how state alcohol laws impact competition for smaller brewers, asks the Justice Department and Federal Trade Commission to examine how mergers affect smaller companies and look at labeling rules that make it hard to comply with federal laws.

It offers mostly recommendations to a variety of actors, but several law enforcement agencies are directed in coming months to decide whether to create new federal rules on the trade.

Bob Pease, CEO of the Brewer’s Association for small and independent craft brewers, says the report is a good first step, but “there is a lot of work yet to be done” to level the playing field for smaller brewers.

“What’s happening is that the competitive landscape has shifted,” Pease said. “And antitrust enforcement is critical for the ability of smaller producers to compete.”

He says it’s more and more difficult to compete as a small outfit, especially after massive mergers between big breweries, like the $107 billion merger between Anheuser-Busch InBev and SABMiller, which needed federal government approval to close in 2016.

In its recent report, Treasury looked at how big brewers, distributors and retailers potentially exclude smaller players from the market. Smaller brewers complain that distributors choose to work primarily with larger companies and retailers slot beer in preferred locations on shelves, despite a ban on the practice.

Jim McGreevy, president of the Beer Institute, which represents the country’s biggest beermakers, said the report is a “mischaracterization of the thriving American beer industry.”

“Consumers are benefiting from the growing number of brewers and beer importers, with more choices for beer than at any other time in our nation’s history,” he said in a statement.

Beer, ale and malt beverage prices increased by about 2% last year, significantly below the overall annual inflation rate of 7%, according to the Bureau of Labor Statistics. The Census Bureau reported that there were 4,217 breweries in 2019, about 80% of which have fewer than 20 employees. There’s been a roughly tenfold increase in breweries with fewer than 20 workers since 2009, a sign of the growth of independent brewing and the desire for greater access to the market.

The issue of a few companies dominating the market extends beyond beer and wine makers to the larger economy, says Matthew Weinberg, a professor at Ohio State University who studies anticompetition issues.

Weinberg, who has researched the effects of beer company mergers, found that merger agreements between large brewers can result in price increases to consumers, even though companies say that these unions lower costs for people.

“I can imagine that the most vulnerable people in our economy are the ones who are least able to avoid price increases. It has consequences for the rise in inequality we’ve seen in the past 40 years,” Weinberg said.

Pease says his association is working on building solutions for smaller brewers where federal enforcement is lacking.

“What has been a consistent pattern over the past 12 to 24 months is wholesaler consolidation, where there are fewer and fewer beer distributors, which inhibits small brewers’ ability to go to market,” he said. “What we’re doing now is pushing for direct to consumer shipping.”

The Treasury report leaves it up to the states to decide.

“State officials need to evaluate the direct-to-consumer distribution model,” both in terms of opportunities for small producers and the risks of making alcohol available to underage drinkers, the report states.

It added that “such balancing of public policy values is best addressed by a democratically-elected legislature.”