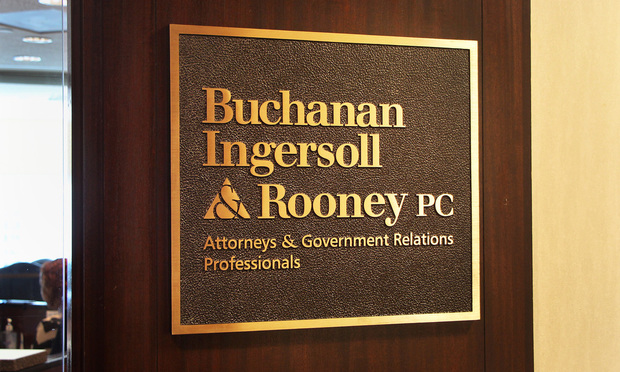 The firm may have earned as much as $2.75 million.

The seven-person team at Buchanan Ingersoll & Rooney earned an estimated $1.9 million in pay last year, according to the sum of its quarterly compensation reports.

Firms are also required to list broad ranges for their overall income each quarter. Firm-level ranges show Buchanan Ingersoll & Rooney earned no less than $1.25 million last year. At the top end, the firm may have earned $2.75 million.

The firm’s top client for the year was the Palm Beach County Tax Collector, which paid a whopping $354,000 for lobbying work. The No. 2 spot belonged to the University Medical Service Association, which cut a $154,000 check for legislative lobbying work and sent over another $40,000 for help in the executive branch.

Ygrene Energy Fund, one of the largest purveyors of Property Assessed Clean Energy (PACE), which helps homeowners pay for storm-hardening and energy efficiency upgrades, followed at No. 3 with $160,000.

Universal Orlando is perhaps the best-known client in the firm’s portfolio. Though the theme park giant had a rough go in 2020 when the pandemic forced it to shut down for months, it has bounced back in a big way — the company celebrated its most profitable quarter ever in Q3 2021.

The theme park juggernaut paid the team at Buchanan Ingersoll & Rooney $40,000 over the course of the year.