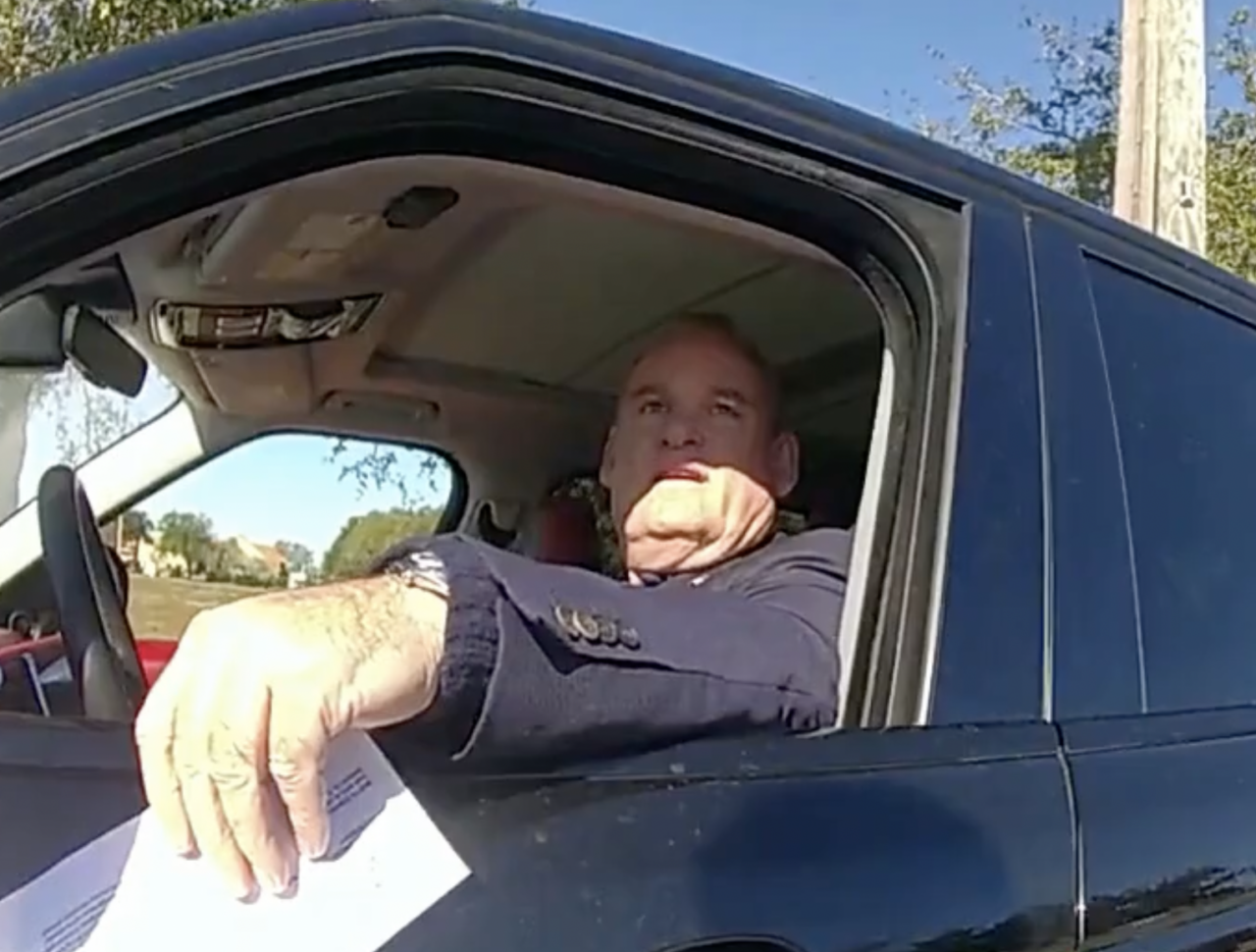 “You are making career decisions,” the Sarasota Republican told Officer Julia Beskin during the interaction. He also at one point goes after her cultural background.

The footage confirms notes that appeared on a traffic citation written by Beskin, who ultimately cited Hyde for speeding, failure to produce a valid registration, and texting while driving.

Hyde has faced criticism for days regarding the Valentine’s Day stop, and has said he’s been barraged with voice mails attacking his behavior. For his part, Hyde told Florida Politics last week he had apologized to Beskin after the incident.

The newly released footage shows a much larger incident than initially was apparent, with multiple police officers called to the scene, whether at Hyde’s request to see a supervisor or based on Beskin’s calls for backup.

Immediately after being pulled over, Beskin in the video walks to Hyde’s vehicle window and speaks to him about why she pulled him over. She had tagged Hyde driving 57 miles per hour in a 30-mph zone.

“You don’t need to point at me, officer,” Hyde tells Beskin. “I’ll just call the Chief. You know who I am, right?”

Beskin says she does, and later in the video is seen privately saying his name to dispatch.

“The driver is being extremely uncooperative,” she states. “Martin Hyde. I just gave him three tickets.”

Hyde during the stop not only alludes to calling Rex Troche, but says he will call Marlon Brown, the city manager, and then the Mayor.

He at one point asks “Is it your Russian immigrant status that makes you talk to people like this?” Beskin is originally from Latvia and speaks both Russian and English.

He talks over Beskin as she hands him tickets, and at one point pulls out his cell phone, which bears his campaign logo.

“Do you think you’re winning? Do you?” Hyde says. “You’re talking to a congressional candidate like this?” He later repeatedly states “you’re lying” and demands Baskin wait while he calls a supervisor to the scene.

Beskin says she will wait, and when she returns to her patrol car, Hyde leaves his vehicle. Beskin asks Hyde multiple times to remain in his vehicle for his own safety.

While Hyde initially declines to produce his registration, he later finds an expired registration to present to Beskin, who says she has already written a ticket.

He later tells another officer, “The registration was right there and she deliberately chose to write the ticket.”

Several police cars ultimately arrive on the scene, and some officers indeed suggest Beskin’s calls over the police radio made it seem as if Hyde was acting violent rather than simply argumentative.

But Hyde continues to assert he’s a law-abiding citizen and she should be the one facing consequences for her handling of the traffic stop.

“We’re going to make sure she pays the price for being disrespectful,” he tells another officer.

Hyde has also built a certain populist political reputation. That’s been enough to earn him the endorsements of right-wing figures Roger Stone and Michael Flynn as he challenges U.S. Rep. Vern Buchanan in a Republican Primary.

Hyde released a statement on his Facebook page: “Just over a week ago I was stopped in Sarasota for speeding. During the stop I was belligerent and rude to the officer who stopped me. Much interest has been shown in local media and many comments made as to my behavior. I’m not going to justify my poor temper on that day or attempt to mitigate it in any way. There will be some who will say it’s not the first time I’ve acted out and they’d be right. I have faults and one of them is to be overly aggressive on occasion when I’m challenged. In the political arena that is possibly a good thing but on a personal level it’s not.

“I’ve apologized to the officer in question, and now I’m apologizing to the community as a whole. I’m going to do my utmost to behave better going forward. I’m not running away though as that’s not in my nature. There is nothing more I can say, or will say on this subject other than I’m sorry for any offense caused to anyone.”