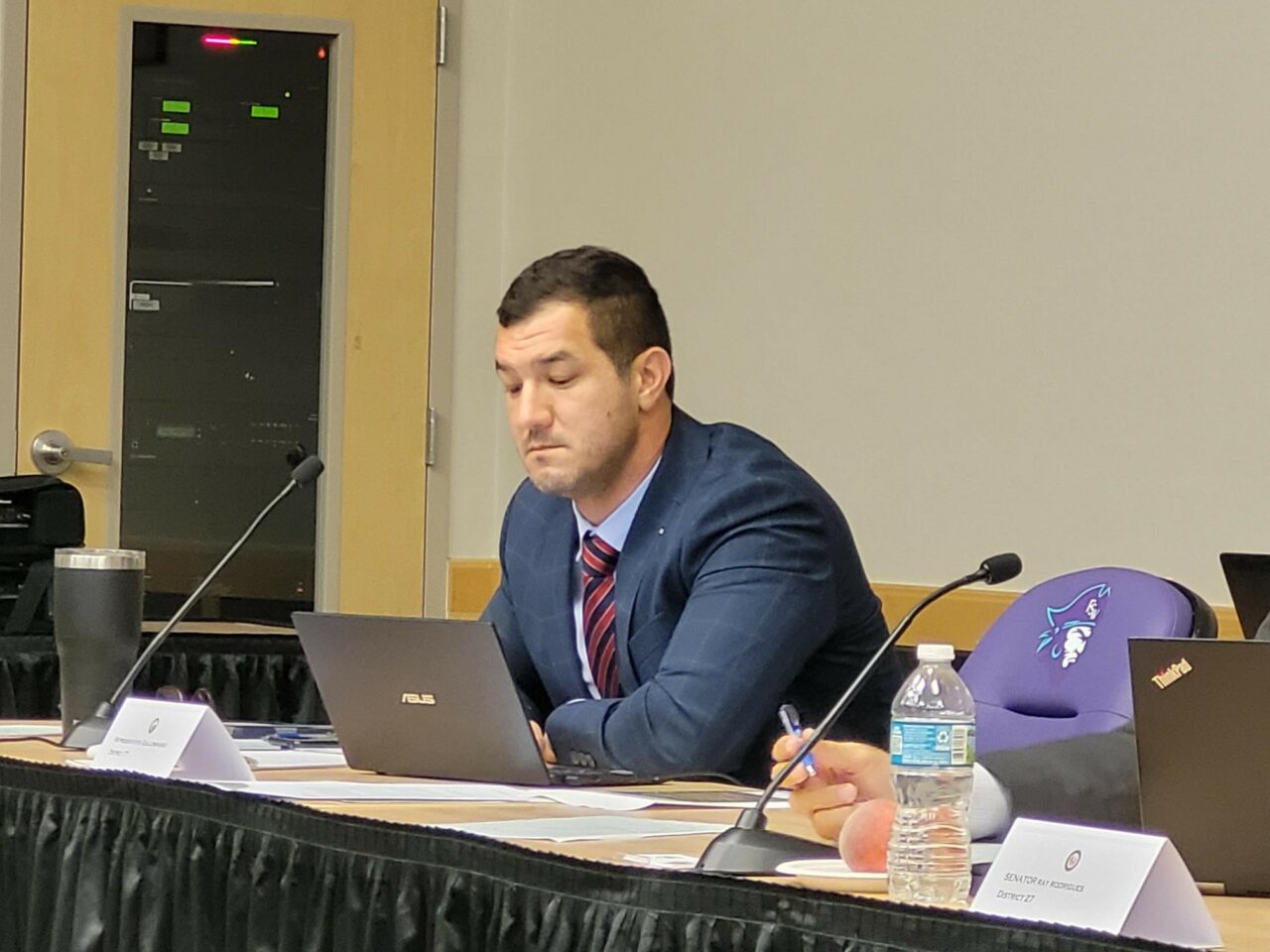 'There’s already a legitimate and fair process in place. It’s called an injunction.'

Democrats presented a united front, and even one Republican lawmaker cast a “no” vote Monday, but it still wasn’t enough to block a measure enabling businesses to sue local governments and halt enforcement of ordinances from heading to a full House vote.

The House State Affairs Committee voted 14-9 for the bill (HB 403) by Cape Coral Republican Rep. Mike Giallombardo, which would freeze any ordinance for 90 days if a filed lawsuit charges that its rules are “arbitrary or unreasonable.”

Right now, Giallombardo argued, local governments are able to enact ordinances that can “completely disable” a small business’ operations. As a result, state lawmakers every year are flooded with complaints and requests for preemption.

“This is giving these small businesses the ability to challenge it at the local level,” he said. “This allows (businesses and governments) to work together on it, keeps the state out of it as much as we can.”

Giallombardo’s bill and its counterpart by St. Augustine Republican Sen. Travis Hutson, which cleared the Senate last month, would also require a government to draw up a “business impact estimate” for every ordinance it crafts.

Upon being sued, governments that choose not to roll back the ordinance in question and lose the lawsuit would then have to cover up to $50,000 of a plaintiff’s legal fees, costs and related damages.

As was the case in every previous stop for the bill, Giallombardo faced tough questions and criticism, most of which he defended by saying the bill makes no judgment on what is or isn’t good policy and only provides businesses “the vehicle to dispute it.”

By the time a vote was called, he’d failed to sway Republican Rep. Linda Chaney of Pinellas, who joined her eight Democratic colleagues on the committee in opposing the bill.

Islamorada Republican Rep. Jim Mooney voted a “soft yes” for the bill, which he initially considered to be “horrible” before working with the Florida League of Cities and community leaders in Monroe County.

“I’m still not 100% liking it,” he said. “It’s in a better place than it was. It’s still not perfect, and hopefully we get (a) few changes in there and make it a little stronger.”

Many of the bill’s detractors reiterated concerns raised in prior committee stops.

Weston Rep. Robin Bartleman called the measure “one-sided” and challenged its proponents in the Legislature to apply its rules to the state “if it’s such a great bill and you believe in this.”

Gainesville Rep. Yvonne Hinson asked Giallombardo what would happen if a city or county banned iron and steel products in public works projects.

“This bill is atrocious,” she said.

Miami-Dade County approved such rules last year and is now contemplating doing something similar for its cybersecurity infrastructure. And Miami Republican Rep. Anthony Rodriguez has proposed a measure imposing those iron and steel strictures statewide.

Giallombardo said the process provided for in his bill would let them do that.

“This is the process that allows them to determine that,” he said. “I’m not saying that they can or cannot.”

David Cullen, a lobbyist for Sierra Club Florida, said the bill will “chill local government’s willingness to protect their communities and quality of life” while disproportionately benefitting businesses over residents.

“There’s already a legitimate and fair process in place. It’s called an injunction, and a judge will look at both the likelihood of the plaintiff winning in court and also whether there’s going to be irreparable damage,” he said. “This bill does away with all of that and … will incentivize a race to the bottom.”

Rich Templin of the Florida AFL-CIO asked the committee members whether they’d be open to having laws they pass halted by a lone naysayer, which is all this bill would require to trigger a local ordinance freeze.

“Could you imagine if a single business owner in the state of Florida could file a suit and throw out a law that you all passed bipartisanly, that everybody agreed to, that had been amended and all the stakeholders had agreed, but one person doesn’t like it and they can throw it out,” he said. “That’s exactly what this bill does.”

The Florida Restaurant and Lodging Association, Florida Professional Vacation Rental Management Association, Associated Industries of South Florida, Florida Chamber of Commerce, Americans for Prosperity and the Florida Association of Counties, among others, supported the bill.

Noting the nod from the Florida Association of Counties, Rep. Jason Fischer of Jacksonville said, “I know one of my colleagues mentioned that it’s not fair to counties, but apparently they supported it. So, what I would encourage my colleagues to do is if you support local control and if you support the thoughtful use of legislative powers that we have, support the bill today.”

Giallombardo’s bill is the tamer of two related proposals moving through the House that take aim at local regulation. The other (HB 569), called the “Local Business Protection Act,” would allow businesses to sue governments over changes to local ordinances if the businesses are at least three years old and can prove a new law resulted in a 15% loss of income during a 365-day period.

That bill, by Plant City Republican Rep. Lawrence McClure¸ passed through its last House committee with a 13-7 vote Feb. 24. It now awaits the first of two floor readings before a final vote.

nextChip LaMarca eyeing CD 22 seat, will make a decision at the end of Session