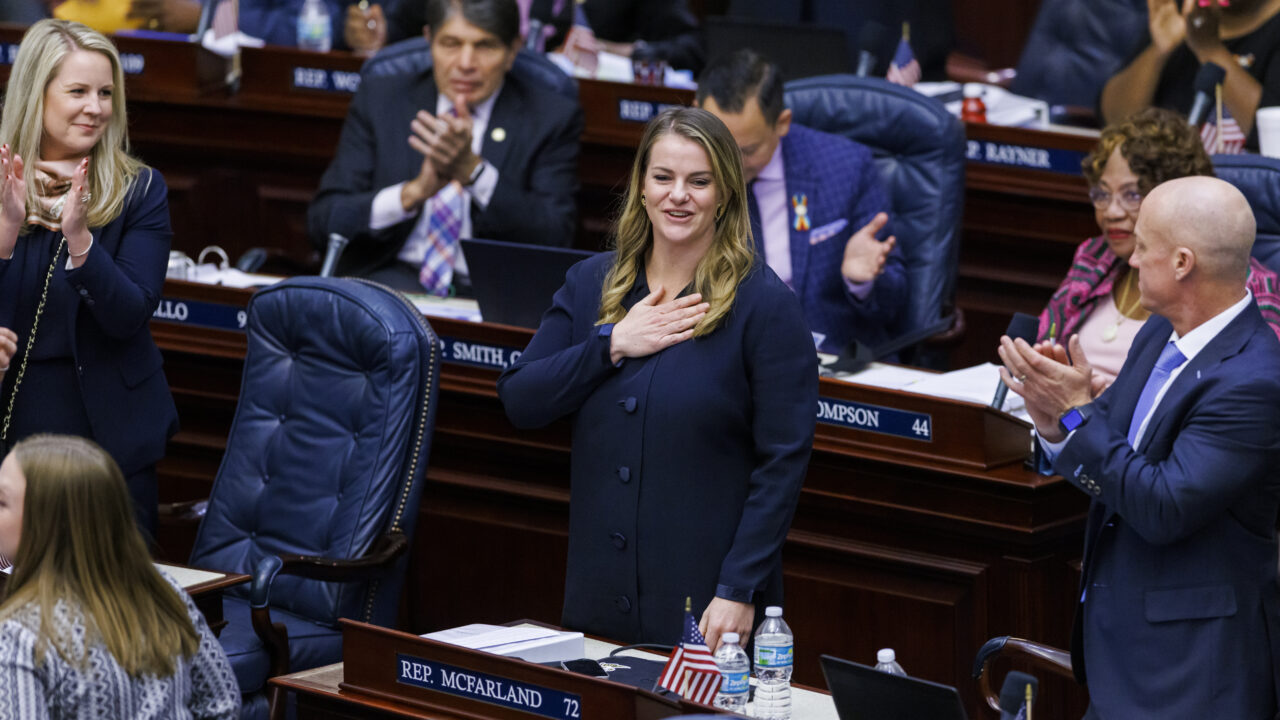 Disputes between the House and Senate helped kill last year’s data privacy bill — and it could happen again.

For a second year in a row, the House has voted to strengthen consumer data privacy in Florida despite the business community’s fears the bill could be financially crippling.

The proposal (HB 9), passed via a 103-8 vote Wednesday. It would give consumers the right to determine what information has been collected, delete or correct the data, and opt out of the sale or sharing of that personal information.

But the House version, filed by Rep. Fiona McFarland, has drawn resistance from business interests who fear complying with the measure will significantly raise costs on companies, which will trickle down to consumers.

The bill would apply to businesses that meet two of three thresholds: have $50 million global annual revenue, sell the data of 50,000 consumers, or derive half of its global revenue from selling personal data. Ultimately, lawmakers hope to prevent companies from trading in Floridians’ data without their approval.

McFarland described a tug of war over who owns people’s digital identity.

“The bill creates some protections at the point where a company stops making money from me as the customer and starts making money off of me,” McFarland said.

Budget analysts at Florida TaxWatch argue the consumer data privacy legislation could have a $21 billion hit to Florida’s economy. In particular, the report hounded the House version.

As she did during discussions on Tuesday, McFarland acknowledged there would be a compliance cost for businesses.

“Businesses choosing to continue to profit off my information should perhaps weigh those compliance costs with how valuable my data is to them,” McFarland said.

According to a poll conducted late last year by Gainesville-based firm Data Targeting, 96% of voters are opposed to businesses commoditizing their data — a level of support virtually unheard of in the political realm. While data privacy might not be a priority, everyone should have a right to digital privacy, McFarland said.

“Even a Luddite in the state of Florida cannot avoid being tracked or monitored or turned into a piece of data,” McFarland said.

The bill is a priority of House Speaker Chris Sprowls and could potentially be a bargaining chip in negotiations with the Senate. However, the window for the Senate to fast-track the bill is dwindling, with Sine Die less than 10 days away.

Gov. Ron DeSantis began Florida’s push for increased consumer data privacy as he launched attacks against Big Tech in the wake of the 2020 election. Contrasting with DeSantis’ comments, McFarland said she does not believe Big Tech is evil, noting her husband works for a large tech company.

The estimated $21 billion economic impact is a drop from the $36.5 billion TaxWatch estimated with a version of the bill lawmakers attempted to pass last year. That change is largely because the thresholds in this year’s bill help eliminate most small businesses from the proposal. However, some small businesses could potentially be roped in.

Seven Democrats and one Republican voted against the bill.

Lighthouse Point Republican Rep. Chip LaMarca said he voted in favor of the bill last year in the hopes it would improve. But Florida-based businesses like Publix or JM Family Enterprises, which is based in his district, could become subject to litigation, he told Florida Politics.

However, the bipartisan support was still overwhelming.

“I don’t want these companies to be buying and selling people’s data like they’re baseball cards,” he continued.

Disputes between the House and Senate helped kill last year’s data privacy bill. And the same might be happening this year, as St. Petersburg Democratic Rep. Ben Diamond noted on the floor.

The Senate bill (SB 1864), filed by Fleming Island Republican Sen. Jennifer Bradley, has not been scheduled for a committee hearing. Her version would tap the Florida Attorney General as the only one who can sue companies. However, McFarland’s bill would allow individuals to sue companies directly, a provision she says gives the bill teeth.

The business community has been unified in its opposition to McFarland’s version.

Following the vote, Associated Industries of Florida President and CEO Brewster Bevis released a statement supporting safeguards against bad actors. However, he said the House bill also wraps up “legitimate businesses who responsibly use consumer data to the benefit of those consumers.”

“This would put a significant financial burden on businesses who are already grappling with the ongoing challenges of COVID-19, the implementation of an increase in minimum wage, a broken supply chain, hyperinflation, rising gas prices and a staffing shortage crisis,” Bevis said. “We expect the impact of this legislation, if it is ultimately passed in this form, to have dramatic effects on businesses and our state’s economy.”

Immediately following the vote, Sprowls lauded McFarland, a freshman lawmaker, for her leadership on the bill she has now carried for two Sessions.

“There are a few times that we get to see the opportunity to see one of our colleagues stand strong against the onslaught of special interest opposition to do what is right for the people of Florida,” Sprowls said.

“I talk to everybody, but I am really concerned about companies that, whether they’re in my district or anywhere else in Florida, if they’re Florida growing companies that provide a lot of jobs for us, we don’t want to put them in a situation where there’s intense litigation,” LaMarca said.

The House has made significant changes to the bill to prevent unintended consequences, like roping in small businesses. Still, some members, like Brandon Democratic Rep. Andrew Learned, sought to make additional changes to the bill as late as Tuesday.

“We cannot file bills at the beginning of the Session and then spend the rest of the legislative time rewriting the bill until it applies to no one just because they have a lobbyist or an interest group that asked to be carved out of the bill,” McFarland said.